What would happen if Jeremy Corbyn becomes Labour leader? 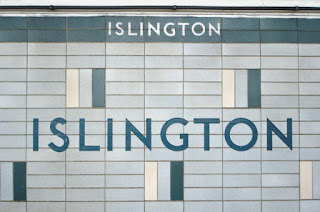 The Honourable Member for Islington North, Jeremy Corbyn, could end up as the leader of the Labour Party in September. If this happens, delight and horror will ring out around the country, possibly in equal measure.

This week's vote on the welfare bill may well be the nail in the coffin for the leadership campaigns of Andy Burnham, Yvette Cooper and Liz Kendall, all of whom abstained with the hope that a bunch of amendments will get through. It's a risky strategy because, aside from the amendments not dealing with some of the more awful aspects of the welfare bill, Labour will be left in an awkward spot if some but not all of the amendments are passed. What then? Do they go ahead and vote for a bill with a few tweaks or vote the whole thing down if they can't get all the amendments passed?

If the majority of Labour's MPs let a slightly tweaked bill become law, that is not going to placate the people, both in and out of the party, who are siding firmly with the 48 MPs who voted against the bill this week. Corbyn was among the 48 rebels and this has given his campaign for the party leadership new vigour.

Nobody seems more surprised than Corbyn himself that he is now a realistic contender for the Labour Party leadership. By his own admission, he threw his hat into the ring to reinvigorate debate rather than with any real hopes of winning the damn thing outright.

The fragmentation of Labour and the resulting arguments the leadership contest has spawned has led to much speculation over whether the party can ever win again if it shifts too far to the left or the right. Tony Blair was a master at finding the middle ground. He then took the party possibly further to the right than it had ever been before, but he is still hailed as an electoral hero by many.

But since Blair's time in office ended, there have been growing murmurings about whether there is an appetite for a centre-left party to govern the UK. Some will say the Green Party is the obvious choice and will despair that more people don't vote Green, while others find aspects of Green policy, such as their war on air and road travel, to be a leap too far to the left but they would rather like to vote for a party that preserves things like the NHS, the BBC, state education and housing benefit for under-25s. Some would deride these people as champagne socialists, although they are more likely to simply be realists who happen to own a car and like to take a holiday abroad once in a while.

A sober analysis of this year's election results is needed. The numbers reveal that 36.9% of all votes went to the Conservative Party. Of these, there would be lifelong Tory voters, people who figured there was no point voting LibDem, swing voters, voters genuinely convinced that the Conservatives can manage the economy properly, and UKIP supporters who thought better of it in the privacy of the polling booth. Labour trailed in second place with 30.4% of the vote.

It is the rest of the results that make for interesting reading. UKIP were a distant third with 12.6% of the vote - as well as the stereotypical UKIP voters, plenty of disillusioned Labour voters went purple this year. Some are Eurosceptics - and this is a significant element of the population that Labour will need to consider if they are serious about winning the 2020 election - and some ex-Labour-now-UKIP voters genuinely think Nigel Farage's party supports working class people in a way they feel Labour does not.

Meanwhile, the hapless Liberal Democrats managed 7.9% of the vote and the Greens 3.8% - if Labour were able to better appeal to these left-of-centre voters, they probably could have won the election, albeit by a tiny margin given the first-past-the-post system. But seriously, the craven pandering to the Tories by the LibDems in the last Parliament should have been a gift for Labour.

Then there is the loss of Scotland, formerly safe Labour, to the SNP. Nicola Sturgeon led a highly effective campaign to appeal not just to Scottish nationalism but also to sell the party as a way more credible, anti-austerity opposite than Labour. Now Parliament is back in session, it is hard to deny that it is the SNP that looks like the strong, coherent opposition party right now.

On top of all this, while the 66.1% voter turnout was considered high, that means 33.9% of eligible voters didn't vote. This can be arrogantly dismissed as an acceptance of the status quo or it can be a sign that a large proportion of adults in Britain did not see the point in voting. Would anything change, regardless of how they voted? Was there any real difference between the major parties?

On balance, it appears there is a not-insignificant number of people in Britain who don't want to see the country resemble East Germany but would welcome a credible centre-left alternative to the current government.

The NHS is a good case in point for a desire for sensible centre-left policies. Poll after poll shows that people from across the political spectrum are keen to keep the NHS free at the point of use. The need for reform in the NHS is also widely acknowledged and accepted, but Labour has done an appalling job of showing people how the ongoing reforms of the NHS by the Tory-LibDem coalition and now the Tory majority government are doing more harm than good and have made the NHS less cost-effective and more bureaucratic than ever. Like the LibDem failings, this should have been a gift for Labour at the last election. Hell, ex-Tory leadership prospect Michael Portillo is on the record back in 2011 as saying that David Cameron and Tories lied to the people of Great Britain about their intentions for the NHS because they knew it'd be electoral suicide.

If Corbyn can provide a compassionate and cost-effective alternative to the destructive Health and Social Care Act of 2012, that alone would make him a very popular Labour leader. And the same goes for the welfare bill - it is one thing to take a stand with 47 rebel MPs against what is largely terrible legislation but it is quite another to put forward a bold new proposal that doesn't throw the vulnerable under a bus, doesn't penalise the millions of people in work who rely on benefits, and shows a genuine commitment to job creation.

Would it be so terrible if Corbyn led the Labour Party? Or would it be like Michael Foot all over again?

What I do know is that the left can be easily disappointed in their leaders. There is a tendency to place heroes on pedestals - so ironically anti-egalitarian - and this gives them a long way to fall for even the slightest transgression. Barack Obama, Ed Milliband and Julia Gillard are examples of heroes of the left who, despite varying degrees of success, have invoked serious disappointment among some of their supporters. If Corbyn, as Labour Party leader, shows any signs of compromising with the centre-right factions of the party - even if this means preserving his leadership - I predict he will face a barrage of criticism from people who hitherto supported him, just as surely as he would be crucified if he released a manifesto that the mainstream media deemed to be too socialist.

Corbyn will face a delicate balancing act if he becomes leader of the Labour Party. How he manages to walk this tightrope might ultimately depend on how much he wants to lead the party more than how much his party want him to win an election in 2020.