Why the Ashley Madison hacking matters 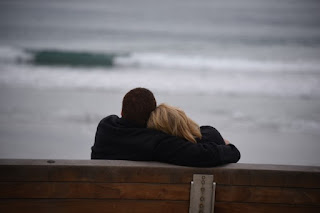 "These lying cheats look like they'll get some of their own medicine now." (Daily Telegraph reader)

"I didn't used [sic] to believe in karma, but this, honestly is making me question my doubts. This totally made my Monday. I hope they totally out everyone on that site. ;)" (Huffington Post reader)

"I think the hackers should publish the whole damn lot, regardless of whether the site is taken down." (Guardian reader)

And so on... It was inevitable that the hack on Ashley Madison, a website aimed at people who want to discreetly cheat on their partners, was not going to generate much sympathy for the victims. But the pearl-clutching outrage and sanctimonious gloating over the unfaithful masks the bigger problem here.

Melanie McDonagh, Moral Guardian in Chief for the Evening Standard drearily, predictably wrote yesterday that she would be "even more inclined to cackle if the Impact Team was a group of evangelical Christians anxious to put people out of the way of temptation."

Sadly for St Melanie of the Marital Bed, the real story was not a moral crusade with the potential to destroy millions of lives and provide a bonanza for divorce lawyers. Instead, it seems the Impact Team hacked Ashley Madison as disgruntled customers - they were outraged that the company would only permanently delete details of membership from its servers for a £15 fee. Given the nature of the site and the desperation of people not to be found out if they decided Ashley Madison's human smorgasbord was not to their taste, this would be an easy money-spinner. Welcome to free market capitalism, cheaters!

But it is the fact that such a devastating hack can happen on websites that claim to have the very best security that is the real worry for everyone. How many websites have your personal details? How would you feel if someone wasn't happy with waiting all day for an Argos delivery, hacked into their database and threatened to release the information? Obviously, being outed as an Argos customer is marginally less embarrassing than being outed as an Ashley Madison customer, but the breach of privacy is still completely unacceptable.

What if the government decided that a website you'd signed up to was not to their liking and they wanted to find out the details of everyone involved? David Cameron's speech this week about dealing with radical Islam is a case in point. Maybe you signed up to a website for some information about Islam for any number of reasons, none of which involved terrorism. But this is a government that is becoming less and less libertarian about your online privacy - do you trust this government to not obtain personal information from sites they deem to be "of interest"?

How relaxed and comfortable would you feel if you discovered you ended up on a watch list for no good reason? Maybe you'll get stopped from boarding that flight to Turkey, even though you were simply hoping for a Kate Moss-style rampage on a beach in Bodrum and weren't using the trip to enter Syria and join IS.

But, hey, it is far easier to moralise about the lives of people you don't know. Never mind that with 70% of Ashley Madison members being men, the chances of feckless husbands actually getting laid via that site are not brilliant. Never mind that it's the kind of site that plenty of people probably join for a bit of a nosy around before logging off and never logging back on again. Never mind that there might be people on that site desperate for some attention because they are in an abusive relationship or a relationship they don't feel they can leave for any number of reasons.

No, let's just get the pitchforks out instead and affect an attitude that leads to execution in Saudi Arabia! Yeah! Well played, people!

Nobody is denying that infidelity can destroy relationships and that it usually ends up being deeply unpleasant for all concerned. But if all you're getting out of the Ashley Madison story is an excuse to get on your high horse about other people's sex lives, you're not paying attention.

Photography by Circe Denyer. Picture posed by models in no way connected to this blog post.