King Abdullah is dead, satire is on life support... 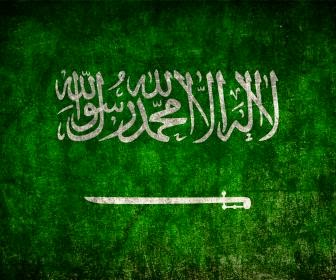 I had to check and double-check and check again. The world is currently such a ridiculous place that sometimes even the sharpest among us can accidentally fall for a spoof article. So when I found out a US Army General was sponsoring an essay competition in honour of the recently departed King Abdullah, I did a double take.

But sure enough, there it was, announced on the Department of Defense website on January 26, the same day the first execution by beheading under Saudi Arabia's new ruler, King Salman, took place. General Martin E. Dempsey is the brains behind this absurd idea.

The thing is the focus of the competition isn't a terrible idea. The statement said that the competition focuses on "issues related to the Arab-Muslim world and is designed to encourage strategic thinking and meaningful research on a crucial part of the world." There is nothing at all wrong with intelligent research on the Arab-Muslim world. Indeed, intelligent research is a welcome alternative to oversimplification, ignorance and lack of understanding of a region that is both troubled and fascinating.

But the whole idea jumps the shark when it is stated that King Abdullah is a "man of remarkable character and courage" and a "fitting tribute to the life and leadership of the Saudi Arabian monarch." This would be the "leadership" of a man who, despite being an absolute monarch, has still let the religious arm of the state run an oppressive, evil regime. Come on, Abdullah - if you were going to be an absolute monarch, you may as well have tried for the benevolent dictatorship style rather than the useless style where you turned a blind eye to religious police being ridiculous, awful and violent to people trying to live peacefully in your country.

I get it. Saudi Arabia is joining the military effort in the fight against ISIS. Saudi is letting the US use their land to train and equip Syrian fighters. Saudi buys arms from the US and the UK for its well-equipped military, even though it has done pretty much bugger-all since 1991. Saudi is, naturally, are more than happy to let the US buy its oil - despite all the noise about the US being so close to energy self-sufficiency, 13% of oil consumed in the US is imported from Saudi.

But the sad fact is that Saudi lending a hand in the fight against ISIS won't do a whole lot to stop the radicalisation that leads to terrorism. It cannot be denied that ISIS has its ideological roots in Wahabbism, the extreme form of strict Islam which has formed the basis of Saudi law and society since the start of the 20th Century with its influence starting much earlier.

Saudi Arabia can throw whatever military might and money it likes behind the fight against ISIS, but as long as the country is beholden to Wahabbism, to the vile religious police, and to a judicial system that does not include fair and open trials and favours public beheadings for crimes ranging from murder to witchcraft, it is part of the problem. It sets a hideous example that inspires some of the worst of humanity.

Kudos to Michelle Obama for not covering her hair (and looking suitably bored) in Saudi this week - and kudos to Condoleezza Rice, Hillary Clinton and Laura Bush for also eschewing headscarves when they visited the kingdom -  but it would have been even better if she didn't go at all. Perhaps she could have released a YouTube video, dressed in one of her trademark sleeveless dresses, saying that she was defying her husband by not going to Saudi. That would have been cool.

Instead, we have witnessed commentators on TV news channels talking about King Abdullah as if he was the Saudi equivalent of Germaine Greer. He mentioned that women will be able to vote and run for office in this year's municipal elections, but we will have to wait and see if King Salman makes good on this promise. He promoted one woman, the Utah-educated Norah Al Faiz, to the position of Deputy Minister of Education for Women's Affairs. She is very accomplished but she is still the deputy to a man who oversees these matters pertaining to women. There are more women in higher education than men in Saudi, this is true, - but when these women cannot drive a car, when they cannot work or travel without permission from their male guardians, when not all professions are open to them, the potential to be gleaned from their education is reined in by misogynistic restrictions. Women's testimonies in courts are worth less than those of men. Women who have pressed rape charges have ended up being punished for immorality if the accused is found not guilty.

On the upside, King Abdullah has daughters who have received university education. But these would be the daughters that he keeps locked up in the palace in terrible conditions, a hangover from his anger at that particular wife not giving him a son. He is a latter day, science-denying Henry VIII, seemingly unaware that it's his contribution to the reproductive process that determines the sex.

So, yeah, I'm not about to shout from the rooftops about what a great guy King Abdullah was for women of Saudi.

And no, it's not just a matter for Saudi Arabia to deal with internally. It is everyone's business. Even if you don't subscribe to the principle that no woman is free if even one woman is oppressed, how about considering, for example, that Saudi beheads people of other nationalities too. It is easy to say: "Well, just don't get a job there if you lose so many rights!" but with cases such as Burmese and Nepalese maids beheaded after farcical murder trials, it is clear that vulnerable people see working in a place like Saudi as an escape from poverty. There is a global problem to consider here.

After all, the world had the balls to impose sanctions against South Africa during the apartheid years. How is the gender apartheid of Saudi any less a crime against humanity?