Charlie Hebdo, part trois... The Plimsoll line returns. And has the bear been poked? 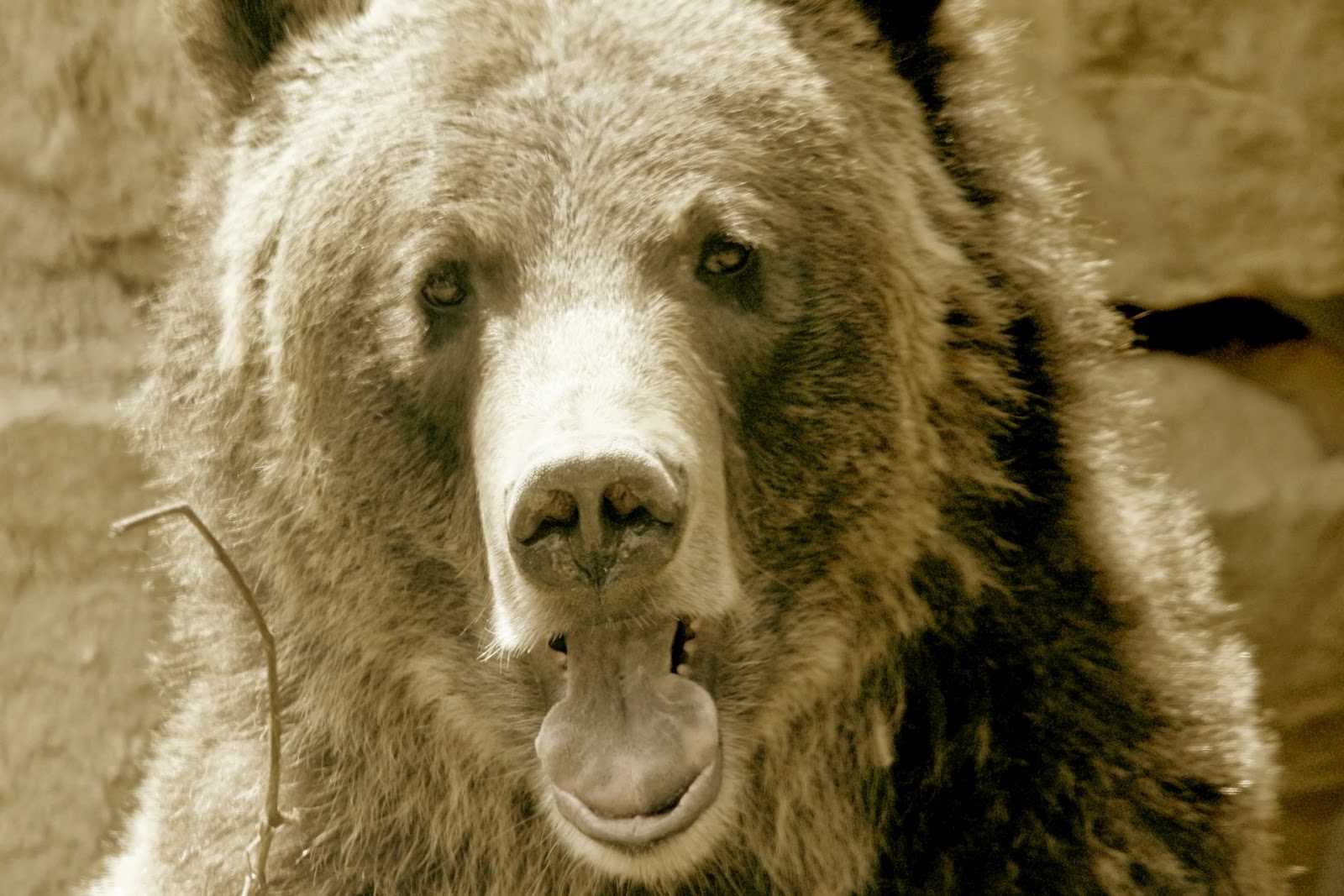 Back in September 2013, long before most of the world had heard of Charlie Hebdo, I blogged about the Plimsoll line of modesty. I was ranting, as I sometimes to, on how frequently women can't win, no matter what they choose to do/say/wear etc.

Get your boobs out on Page 3 and risk being called a slag and a traitor to other women, wear something Islamic and you'll be told you're oppressed as if you are a stupid child, wear a short skirt and you might be asking to be raped, dress a little dowdily and you run the risk of some concern troll offering you a makeover, and whether your shoes are high or low, you may have to defend your choice to wear them and declare them as "empowering" even if you're just wearing them to keep your feet dry.

The question has been asked over and over again since the Charlie Hebdo massacre: Did the magazine poke the bear?

And this is where there has been a global exercise in missing the point and, ultimately blaming murder victims for their own demise from everybody including the Pope. That said, the Pope is perfectly entitled to express his views and anyone who uses words rather than bullets for dissent is doing it right.

So the big question is: At what point is something fair comment, accurate reportage or "acceptable" satire and at what point does it become offensive? There is no one point for all people for this to happen. It depends on the individual. There is no Plimsoll line for offensiveness. This is not a question with a solitary right or wrong answer.

Plenty of people, and not just IS-loving extremist terrorists, found plenty of Charlie Hebdo's cartoons for different reasons - but the people who are not extremist lunatics have used their freedom of speech to call out Charlie Hebdo, as is their right to do so. They have not shot people dead as the extremist lunatics have done. It is a tragedy that the dead magazine staffers are no longer around to engage in any sort of meaningful conversations about their work and answer their critics.

As I said, there is no Plimsoll line for offensiveness. Monty Python's The Life Of Brian, for example, offended countless Christians when it was released in 1979 but there were plenty of Christians who found it hilarious. Likewise, who is to know where the line should be drawn with material that may offend Muslims? Again, it depends on the Muslim. Plenty of Muslims are offended by Charlie Hebdo but defend the magazine's right to free speech. And other Muslims may disagree with this entirely. Nobody speaks for all the world's Muslims any more than anyone spoke for all the world's Christians in 1979.

But the Monty Python team were not assassinated for making The Life Of Brian, just as nobody has been killed over The Book Of Mormon. Indeed, the Mormons have used the show as a PR tool which is rather brilliant.

So does all satire about Muslims need to be tempered in case more maniacs decide to gun down journalists, cartoonists and editors? This is the question that shows a lack of understanding about terrorism. Terrorism is effective because of the horrific element of surprise. Even after 9/11 and 7/7 and the Madrid bombing, we are still shocked when something like this happens, we remember where we were when we heard the news, we panic when it happens close to home or close to our loved ones.

Charlie Hebdo could, I suppose tone down the satire. But that would not necessarily save any more lives. And what is stopping another publication from being the next target? The Daily Mail, for example, sometimes renders satire redundant. It, like the Daily Express, is also a newspaper that does not exactly give Islam an easy ride. So, should these newspapers stop publishing stories on, say, the Rotherham sex abuse scandal just in case some maniac turns up at their offices and shoots everyone? Or how about Jezebel, a US website that often publishes stories about the latest insane thing Saudi Arabia has done to women? Plenty of Muslims find Saudi to be a ridiculous regime. Others may think banning women from driving and making sure male guardians give women permission for everything from working to travelling is perfectly reasonable. So should Jezebel quit calling out Saudi's sexist bullshit?

If any of these outlets became the target of a terrorist, we'd still be shocked. And then fearful. And then we start censoring, editors start second-guessing themselves, people start cancelling travel plans or changing their daily routine. And that is how terrorists win.

See? Where does it end? Does every news outlet in the world have to keep self-censoring and neutering stories and tempering opinion pieces until all it is left with is bland, inoffensive material that is of no use to anyone?

Charlie Hebdo may have poked the bear but everyone has their own bear and the level of poking it can withstand can vary wildly.

Interestingly, the outrage over the Charlie Hebdo cartoon depicting the victims of Boko Haram's kidnapping and sexual enslavement as pregnant welfare queens was, I thought, ridiculous. I was so relieved when someone else interpreted it the same way I did - not as a sexist dig at the victims but a poke in our collective consciences over our attitudes in EU countries to Muslims on benefits. There is always outrage at asylum seekers on benefits and immigrants on benefits - and if they happen to be Muslim, that seems to kick the outrage meter up a few more notches. But there is still outrage, sometimes from the same people, at the kidnappings and forced marriages. To me, it posed the question of what we'd do if all the victims turned up on our borders, pregnant to their Boko Haram rapists, seeking asylum and state benefits. Would we all suddenly be collectively generous to these women or would attitudes remain unchanged?

I thought it was one of Charlie Hebdo's better cartoons. The cartoon depicting a black female politician as a monkey was, I thought, rather repulsive and I have no problem with saying that without reaching for a gun.

If this whole story has taught us anything, it's that satire doesn't always travel well and a lot of people have been left either baffled by French satire or simply unamused. But satire doesn't have to be universally amusing. Not everyone has to get it. And nobody should be killed over it.

You should be able to poke the bear. It is up to the bear to respond in a civilised manner.