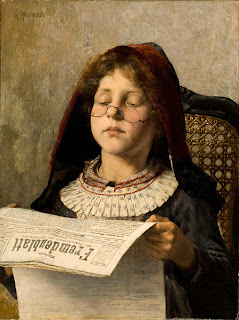 David Cameron looks so earnest, doesn't he, as he furrows his brow, puts on his best "concerned parent" voice and tells us all how censoring the internet will be a marvellous thing for child protection. Except it won't do a damn thing to stop the creation of child pornography.

But Cameron's simplistic attempt to stop the rot won't actually stop such images and videos being produced in the first place. The whole supply chain of child pornography is a hideous world of wrongness but to stop it happening at all, it is important to focus heavily at the production end. By the time it reaches the pitiful viewer, the children have already been abused.

It is already very difficult to just stumble upon child pornography when searching online. And the intellectually bankrupt censorship Cameron has in mind fails to understand the nuances of human sexuality.

Stuart Hazell, the murderer of 12-year-old Tia Sharp, had searched for "little girls in glasses" before sexually abusing and killing Tia, a young girl who wore glasses. If you put that innocuous term into Google, nothing exploitative comes up. The images are of girls, all fully clothed, all wearing glasses. If someone seriously gets off on underage girls in glasses, Cameron's porn ban won't stop such people seeing images of underage girls in glasses. Given the harmless nature of the images this particular search brings up, it is impossible to stop someone privately getting their jollies from pictures that would not be out of place in frames on mantelpieces. And blocking the "little girls in glasses" term would stop such legitimate searches as those regularly done by photo editors of parenting magazines, for example.

In short, all Cameron's plan does is appease the assorted pearl-clutchers who are scared of the internet, who refuse to learn how the internet works, and who are easily satisfied by simplistic solutions to complex problems.

Is anyone labouring under the misapprehension that this government is at all serious about child protection? This is a government that has no qualms about letting G4S run children's homes. This would be the same G4S that promotes a guard who fatally restrained a 15-year-old boy to the position of Health and Safety Manager.

But in an era where puritanical voices are getting disproportionately loud, where people genuinely believe that violence against women will be reduced if lads' mags are taken off supermarket shelves, it is easy to see why people from the left and right are being fooled by David Cameron's latest ridiculous idea.
Posted by Georgia Lewis at 10:02