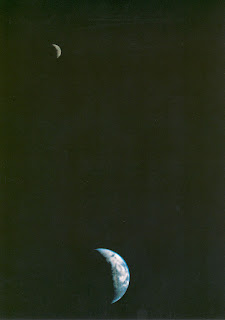 As far as manufactured outrages go, this one was entirely predictable. Channel 4 announced plans to broadcast the call to prayer throughout Ramadan, the holy month of the Islamic calendar, which starts today. The plan is to have a three-minute broadcast around 3am when fasting begins and a 20-second broadcast for the other four calls to prayer throughout the day.

The usual suspects freaked right out. Here are some of their choice whines...

"RAMADAN IS BEING FORCED DOWN OUR THROATS!"

No, It's not. Watching Channel 4 is not compulsory. If you don't like it, nobody is compelling you to watch it.

"THE CALL TO PRAYER WILL BE INTRUSIVE!"

Really? You're planning on getting up at 3am every day during Ramadan to watch a three-minute call to prayer broadcast? And even if you did happen to be watching TV at the time, you can always change the channel if you're genuinely offended.

As for the other four broadcasts, they're 20 seconds long. Twenty seconds. Most TV commercials go on for longer than that and they are generally deeply annoying and stupid. Are you really so suggestible that a 20-second call-to-prayer broadcast is going to cause you to instantly embrace Islamic extremism? If there was a 20-second advert on instead of the call to prayer, would you feel compelled to rush out and buy whatever was being offered?

"I don't need a jasmine-scented electronic air freshener but that damn telly-box told me to buy one so I'm off to the shops!"

Frankly, if you are that suggestible, you have bigger problems than Channel 4.

"CHANNEL 4 IS JUST PANDERING TO A MINORITY!"

Oh, I'm sorry. I didn't realise every single thing on every single TV channel had to cater to the majority. On that basis, there has been so much pandering happening on our TV screens. Friday Night Dinner is a sitcom about an English-Jewish family - why no outcry? After all, Jews only make up 0.5% of the population in England and Wales. The multi-cultural Albert Square of EastEnders is broadcast twice five nights a week as well as a weekend omnibus. Surely that is political correctness gone mad, no? What about the contestants from Big Brother or The Apprentice who aren't white Brits? Are they there for the purposes of pandering too? Ah. I get it. You think they're pandering to a minority that you don't like. It's all clear now!

"CHANNEL 4 IS JUST DOING IT FOR THE PUBLICITY!"

Well, obviously, they want the publicity. No shit, Sherlock. The powers-that-be at Channel 4 want people to watch their programmes, to talk about their programmes (#averybritishramadan trended on Twitter for them last night) and for businesses to buy the advertising space between the programmes.

Channel 4 is a commercially funded business that has not-for-profit status so it reinvests revenue back into programme development. It is independent of government. Your taxes are not paying the salaries of whoever is producing the call to prayer broadcasts. As such, Channel 4 has no obligations to British taxpayers.

They obviously want to produce programmes that might make money and if lots of people watch programmes like A Very British Ramadan in between Channel 4's usual offerings of jaw-dropping documentaries, re-runs of Come Dine With Me, Sarah Beeny restoring houses in varying stages of pregnancy, and the pus-filled fun of Embarrassing Bodies then so be it. Who knows? You might even learn something.

"BUT WILL CHANNEL 4 DO THE SAME FOR CHRISTMAS? BRITAIN IS A CHRISTIAN COUNTRY!"

Seriously, if you turn on your TV any time from about mid-November onwards and you don't know Christmas is coming, I don't think I can help you. Go away.
Posted by Georgia Lewis at 11:30