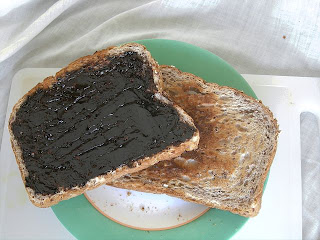 The new ad for Marmite is brilliant. If you haven't yet seen it, click here. If you purse your lips, clutch your pearls and join the 250+ idiots who have wasted their life complaining about it, you are a sad fool.

It takes the piss out of earnest advertisements for neglected animals and plays up on the fact that people either love or hate Marmite. It is the work of a brand that is confident enough to say: "We know some of you think our product tastes like a sweaty sock but we still want you to buy it because surely someone in the house will love it."

Just as many a family has adopted a rescue pet only to find that certain members find Tiddles to be about as lovable as napalm eyedrops, many a house has a jar of Marmite that provokes the same ire.

But because this is the era of everyone getting offended at absolutely anything, there have been moronic complaints that the ad trivialises the issue of animal neglect or the work of animal charities. Good Lord. Get a grip. If you watch this ad and your first reaction is "I will never again donate to the RSPCA!" or "Kill all the pets!", you should not be allowed out of the house on your own.

Then there is the genius who wrote this on the Marmite Facebook for whom stupidity is its own reward:

"This ad shows no regard for all those involved with animal welfair and I personaly will no longer eat Marmite till this ad is pulled."

Holly Brockwell, meanwhile, wrote this excellent blog post on the ad. She came to prominence for calling out Hyundai's awful suicide car advert and, as she says in her latest post, it is indeed possible to have shades of opinion on issues of censorship.

One of the comments at the end of her blog post is, sadly, rather ridiculous. One Judith Haire says this:

"It's all about the timing, innit. Unfortunately, I've seen this post, just after reading a harrowing report in a red top. The RSPCA and veterninary surgeons everywhere are now on red alert to spot signs of abuse to pets, linked to the sharp rise in domestic violence."

Only a psychopath would think that a rise in either abuse of pets or domestic violence is a good thing, but it is not Marmite's problem or Holly Brockwell's problem if Judith Haire reads about the advert hot on the heels of reading a distressing animal/domestic violence story. It is merely a mildly unfortunate coincidence. These things happen sometimes. I remember reading an article about water safety not long after a boyfriend died in a swimming accident - unfortunate timing, yes. But a reason to call for censorship? Absolutely not.

Then Judith goes on with a won't-someone-think-of-the-children line of argument:

"...when [abuse of animals] has been carried out in front of children we can only guess at what it could do [to] their psyches. And even it we couldn't even hazard a guess, look at this ad through the eyes of a child."

Again, only a psychopath would want kids to be exposed to pet abuse. But if a kid saw this ad, their most likely reaction would probably be bafflement ("Why are they putting Marmite jars in cages, Mummy?").

If the Marmite ad is banned, it will be the latest trip down Censorship Lane for Britain.

David Cameron is proposing a ban that won't do a damn thing to stop child pornography. There are calls for new regulations to stop Twitter abuse when there are already existing laws in place to make death and rape threats illegal. And now the Co-Op is bagging up all lads' mags. Oh, and Tesco has agreed to stock Zoo, Nuts, Front and Bizarre magazines on the top shelf (where they are usually positioned already...), Bizarre is to always be bagged, and will only sell to customers who are over 18. What next? Will eating disorder awareness groups call for fashion magazines to be similarly restricted?

Hell, if anything, there is more credible research linking fashion magazines and indeed the images and messages of women's magazines to eating disorders than there is to linking lads' magazines to rape and violence against women. Why not put those magazines up high and in bags too? After all, surely UK Feminista is serious about preventing eating disorders and encouraging women to have high self-esteem a positive body image?

Honestly, it's getting tiresome. I have lived and worked in a country with heavy internet and media censorship. It is absurd, it is ineffective, it is immature and it does not stop abuse. If the Advertising Standards Authority bans the Marmite ad based on, thus far, 330 complaints from a country of more than 60 million people, Britain will be well on its way to becoming an idiocracy.
Posted by Georgia Lewis at 10:14

Email ThisBlogThis!Share to TwitterShare to FacebookShare to Pinterest
Labels: censorship