The latest news from Nuts magazine 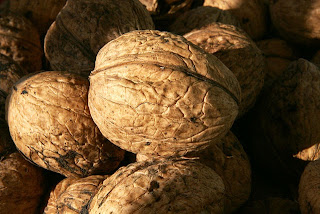 Just as I was writing yesterday's blog post on Marmite madness, this press release below came in from Nuts magazine. I am not usually in the habit of publishing press releases verbatim but this explains nicely why it is absurd for the Co-op to demand modesty bags on a legally available magazine.

Paul Williams also makes the point that for the last few weeks, "more conservative covers" have been tested and the readers have responded well with increased sales. Of course, a "more conservative" cover for Nuts will still upset assorted pearl-clutchers but it is an example of a brand listening to its target market rather than a group of people who never have and never will buy the magazine.

Is this in any way a reaction to the "Lose The Lads' Mags" campaign? Maybe, but it is also an example of paying attention to market forces as well. While lads' mags sales in general have been declining, perhaps this latest move from Nuts will be the start of a resurgence. That'll cause a collective head explosion over at UK Feminista. After all, whenever you draw attention to something you don't like, you are giving it the oxygen of publicity.

I cannot imagine Kat Banyard will be rushing out to congratulate Nuts on more modest covers but I suspect she will not rest until such magazines are banned entirely.

Without further ado, here is the Nuts magazine press release:


NUTS WILL NOT BE MODESTY BAGGED AT RETAIL

Nuts magazine today (8th August) announces that it will not modesty bag the magazine at retail and as a result - according to the Co-op’s ultimatum – will be delisted from their stores from September. Nuts considers the Co-op’s ultimatum to be an unreasonable attempt to prevent shoppers from freely browsing a legal magazine that is already displayed according to Home Office guidelines.

Paul Williams, managing director, IPC Inspire (which publishes Nuts), says: “Co-op’s knee-jerk attempt to restrict access to a product that consumers have enjoyed for nearly a decade is wrong.  Nuts takes its obligation to craft products that are right for consumers and retailers alike very seriously and for a number of weeks now we have had new covers in place, which have a more conservative tone. We are delighted with our readers’ response to the new covers and last week’s issue was our biggest selling since February.

“The objection that niche lobby groups have against certain sectors of the media should not mean that the right to purchase a perfectly legal product is restricted for the over half a million Nuts readers. As has been widely reported in the media in recent weeks, this is no longer a question of whether or not you like men’s magazines, it is a question of how far you can restrict the public’s ability to consume free and legal media before it becomes censorship.”

Nuts magazine is read and enjoyed by more than half a million UK adults; its readership includes both men and women, according to the National Readership Survey (NRS). The men’s magazine market is worth £12.7m per year to UK retailers. The content and covers of Nuts are perfectly legal.

IPC Media, which publishes Nuts and is the UK’s largest magazine publisher, supports the responsible display of all men’s magazines – there is a set of display guidelines, created by the industry through the Professional Publishers Association (PPA), and endorsed by the Home Office and recommended by the Bailey Review. These guidelines - which have been supplied to all retailers - include the use of modesty boards, if a retailer deems them appropriate for its customers.
Posted by Georgia Lewis at 02:16

Email ThisBlogThis!Share to TwitterShare to FacebookShare to Pinterest
Labels: censorship