The woman with a womb like a clown car: a conundrum for the left and the right 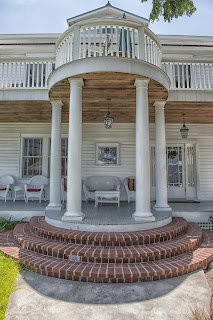 Heather Frost. Mother of 11 to three different fathers. Benefits claimant. She who is getting a £400,000 house - always called a "mansion" by the likes of the Daily Mail - "built for her". She who sluttishly spends her welfare cash on a horse, multiple pets and flying lessons. It's easy to see why the tabloid press is having a field day with this woman.

Now that she has recovered from cervical cancer, she has been rendered sterile. This has been described by her father and others as a "blessing in disguise". It is also the reason why she has been unable to work for the last two years, but it's easier to demonise a cancer patient than express gratitude for living in a country where she was able to access treatment and not deprive her kids of a mother.

One of her daughters told the press that she is a good mother and that seeing her raise 11 kids has actually put her off such prolific breeding. If that's not a lesson learnt that should appease the tabloid disciples, I don't know what is.

It's easy to demand to know why she didn't avail herself of birth control, available for free in Britain, without knowing her medical history. It's easy to call her a slapper. Indeed, one of her neighbours was quoted as saying she treats her womb "like a clown car" - it's the kind of line one can imagine Estelle Costanza on Seinfeld using and it does conjure up a mental image that is awful and comical all at once.

Hell, it's always easy to make this all about the woman and her uterus and for nobody to question why the three men who fathered the children do not appear to be taking any responsibility.

Because it's simpler to make it the woman's fault. Just as unsavoury elements of the prolife movement think a universal "well, if women would just keep their legs shut" policy will render abortions unnecessary, it's always easier to slut-shame the single mother and let the father off the hook. As if all single mothers are reckless, feckless temptresses luring unsuspecting men into their bedrooms so their greedy wombs can take in lashings of semen.

Heather Frost's story troubles elements of the left and the right. She poses an intriguing conundrum for both the prolife and prochoice movements, for example. It would appear she truly chose to carry all 11 pregnancies to term and she has been quoted as saying she is opposed to abortion. But vocal elements of Britain's prolife movement, such as Nadine Dorries and the Society for the Protection of Unborn Children, (SPUC) have not hailed her as a heroine for "choosing life" 11 times.

Frost's story does not fit the welfare-cutting mantra of social conservatives, even those who are doing their best to reduce access to abortion in Britain. Nor does the Frost example offer a rosy picture of family life as per the SPUC narrative in which every woman who carries unplanned pregnancies to term has an endlessly joy-filled existence. The woman who has become a pariah in her own street and publicly slagged off by her own father is not likely to become SPUC's poster girl any time soon.

It certainly would have cost the British taxpayers less if she had multiple abortions instead of claiming benefits for the last seven years, but true prochoicers acknowledge that the choice to carry to term is just as valid as the choice to have an abortion. Plenty of prochoicers fly the flag for population control, but taking that to the extreme and advocating for a state that tries to dictate how many children people should produce is a troublesome stance for anyone who supports reproductive freedom.

Trying to police family size is a theme that crops up with both the "if you can't feed 'em, don't breed 'em" crowd and fans of the one-child policy of China, a state that is frequently cited as an example of the evil left (despite the rampant capitalism and business opportunities this enormous and growing economy is offering). There is much awkwardness all round and, as a result, Heather Frost has been reduced to a sideshow freak with an obscenely prolific uterus.

But the whole circus is a moronic distraction.

The outrage is disproportionate. Of the 1.35 million families in Britain where at least one adult claims benefits, only 190 of them have more than 10 children. Heather Frost is in a tiny, tiny minority - just 0.014074% of the families on benefits. The majority of Britain's welfare budget is spent on the elderly, but it'd be political suicide to cut too deeply into the pockets of OAPs (except for those who fancy using a library once in a while...).

Tragically, this overblown outrage detracts attention away from the kind of things over which we should be marching on Westminster on a daily basis, such as killing off tax credits for workers, making unemployed people pay council tax, removing housing benefit for people under 25, the spare room tax, a rising deficit, mounting debts, pitiful economic growth, a taxation system that favours the wealthy, the incompetents of G4S running sexual assault referral centres, and the dismantling of the NHS. There are no prizes for guessing who might be pleased if Heather Frost is demonised.