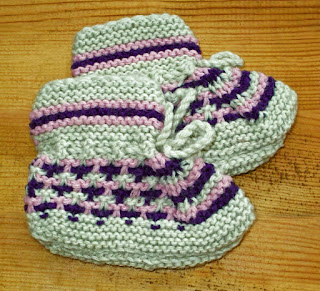 We have freedom of expression and freedom of association here in Britain. As such, if a group of people want to start an anti-abortion organisation, that is completely fine. I may not agree with their ideas but I wholeheartedly support their right to exist and speak out.

But freedom of expression works both ways and as such, I'm calling out the Society for the Protection of Unborn Children (SPUC) on their latest antics. The National Institute for Health and Clinical Excellence has recommended that same-sex couples be offered artificial insemination on the NHS for six cycles, and if that fails to produce a foetus, to move on to IVF.

SPUC's communication manager, Anthony Ozimic, has spoken out against this recommendation (remember, people, it is a recommendation, it is not a law...): "This decision ignores biology in the face of politically correct social engineering ... Same-sex couples do not have fertility problems, they have chosen a naturally non-fertile lifestyle, and we shouldn't be spending millions of pounds of taxpayers' money on fertility procedures for people who do not have fertility problems.

Firstly, it is adorable that Ozimic has started his argument by trying to be scientific with the claim that gay people are ignoring biology. Yes, it's true that a gay couple can't make a baby via sexual intercourse, but he then goes on to say that gay people have "chosen a naturally non-fertile lifestyle." No, Anthony. They are homosexual. They have not "chosen a non-fertile lifestyle". There have always been homosexual people. There always will be homosexual people.

Secondly, there are plenty of Public Care Trusts, such as the one that serves the borough of Merton where I live, that do not cover IVF treatment for anyone, regardless of sexuality. In this era of NHS cuts, it is not unreasonable to expect that not only will this continue but more PCTs may seek to cut funding to IVF for all couples to save money.

And if SPUC really is concerned about taxpayer money being wasted on IVF, why aren't they openly raging about heterosexual prisoners accessing IVF treatment on the NHS? Or is it only law-abiding gay couples who shouldn't start families in the land of SPUC?

And by "social engineering", does Ozimic mean loving same-sex couples raising families? Can he explain why this is a problem without saying anything homophobic? Is he worried about gay couples raising gay children? What about all the heterosexual parents who have raised gay children?

The bigger question is: Why is SPUC so concerned about the sky falling if equality for gay people is fully realised in Britain? Last year, they held an anti-equal marriage conference in sunny Blackpool, attended by 150 people, a drop in the ocean for a country with a population of more than 60 million.

It is indeed curious when anti-abortion groups deliberately go out of their way to fly the anti-gay rights flag. A cursory glance at the pearl-clutching LifeSiteNews.com website is a prime example of rampant prolife homophobia. But if any group is not contributing to the nation's abortion rates, it's same-sex couples. When gay couples decide to become parents, it is usually a very planned process and the resulting babies are very much wanted. Surely this is a good thing, no?

SPUC, unsurprisingly, enjoys promoting the pro-adoption line as an alternative to abortion. Certainly, making the process of adoption as compassionate and unbureaucratic as possible is good. This helps women who are in the quandary of being pregnant without wanting to be, but do not want to have an abortion either - if a woman wants to give up her baby for adoption, this choice should not be made difficult for her. And making it easier for gay couples to adopt is surely an important part of good adoption policy, no?

But in the bizarre universe of SPUC, pregnant teenagers and rape victims should be forced to carry to term while gay couples should be prevented from starting a family, either by conception or adoption.

It's time for some honesty from SPUC. I know it's not catchy but if they really want to be truthful about their agenda, they should change their name to the Society for the Protection of Unborn Children But Only Those Who Have Been Conceived By Heterosexuals.

SPUCBOTWHBCBH. It's a bloody convoluted acronym but then so is the agenda of SPUC.