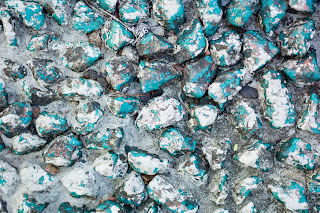 It is so easy to mock the plight of Cait Reilly, the geology graduate who took legal action against the Department of Work and Pensions after being forced to work at Poundland or lose her £53-a-week in unemployment benefits.

When the story first broke, there was the predictable outrage. "Is she too good to work at Poundland? Just because she has a degree, why does that make her so bloody special? She's just a lazy job snob! In my day, we left school at 15 and went down coal mines...".

How we laughed when Frankie Boyle wrote in The Sun that with her geology degree, he was astounded that "the ability to recognise a rock was not a recession-proof skill".

But, as is common to most kneejerk outrages, there was a lack of nuance in the venom. In order to work at Poundland, Reilly had to give up her volunteer post at a museum where she was gaining experience towards employment as a curator, a relevant career choice for her degree.

A couple of weeks stacking shelves at Poundland with no prospect of a paid job of any description is not a good outcome. It is a good thing that a three-judge panel at the Royal Courts of Justice ruled that the Department for Work and Pensions (DWP) acted unlawfully.

There is nothing wrong with working at Poundland. There is, however, plenty wrong with Poundland using the work-for-the-dole scheme as a source of cheap labour. This is not a meaningful solution to Britain's unemployment problem. If there are jobs that need to be done at Poundland, Poundland should offer unemployed people those jobs and pay them appropriately.

Behold, a private company taking government money in lieu of hiring staff and paying them properly - how is that an acceptable solution to unemployment? Why would any Tory support that? Oh, except that it means a few boxes get ticked and it helps to inaccurately massage the unemployment figures...

There is not a single new job created by this policy and the only real winners are employers like Poundland who get paid by the taxpayers to save money on their wages bill.

To take a graduate in any field away from relevant voluntary work or internships - with the threat of losing benefits - is counter-productive and short-sighted. Surely it is better for graduates to gain valuable experience that will lead to a job relevant to their degree than to bung them in Poundland for a couple of weeks with no real opportunity at the end of the placement.

Indeed, internships and voluntary work can already turn into forms of exploitation without the added threat of losing benefits for graduates who must forego relevant work experience to ensure boxes are ticked and unemployment stats are inaccurately massaged.

If graduates can still receive unemployment benefits while undertaking relevant voluntary work or internships, this will improve their chances of getting a job that is not only satisfying (because, you know, God forbid somebody go to university with the aim of obtaining a meaningful job at the end of it all...) but probably better paid than being a shelf-stacker at Poundland.

Or perhaps this government is hell-bent on making education so unaffordable that more people simply won't bother to go to university. Maybe students who would otherwise have gone to university will simply leave school and go to work at Poundland rather than have any other ambition? Does that sound like the foundation for a nation of strivers, those people of whom David Cameron claims to be so fond?

As a result, graduates who end up in jobs related to their degrees will pay taxes, will probably be able to pay off student debts a teeny bit faster and they will become more economically active. And the graduates won't be taking up jobs at Poundland that do not require a university education and should be offered to unemployed people who are not necessarily degree-qualified. What Tory could possibly object to any of this?

Iain Duncan Smith, we eagerly await a new policy announcement on this one. Because, let's face it, David Cameron is highly unlikely to add you to the unemployment statistics.

UPDATE
Here is Cait Reilly's articulate response to the court decision and the controversy.