Make no bones about it! Richard III is political. 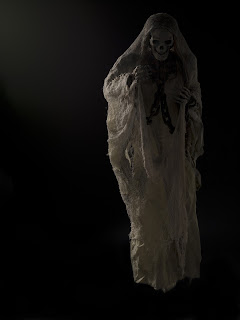 Richard III has been dead for 528 years but he is still causing havoc long after it was rumoured that he had his own nephews murdered. The discovery of his remains under a car park in Leicester has resulted in a truly pathetic argument over where he should be buried.

Thousands of people have signed an e-petition calling for his remains to be buried in York Minster because he was the last king of the doomed House of York. Another petition is fighting for a Leicester burial. Meanwhile BBC TV presenter and art historian Dan Cruickshank and historians Andrew Roberts and Dr Suzannah Lipscomb have called for Richard III to be accorded a state funeral in London's Westminster Abbey, because this is only fitting for a head of state apparently.

Others still have stuck their heads over the parapet to call for a burial in Fotheringhay Castle, Northamptonshire, where his parents and older brother Edmund are buried in the church. And another suggests Windor where he can be laid to rest with his predessor, elder brother Edward.

The waters are further muddied by some calling for Richard III to have a Catholic funeral services because that's what he would have wanted, being a pre-Reformation monarch and all.

Meanwhile, I have found myself in the rare and alarming position of agreeing with Dr David Starkey. He said: "I think there is a very good reason why Richard found himself in a car park in Leicester. He was a disastrous monarch who destroyed his own royal house."

Yep. He was a bit of a berk and probably a tyrannical and murderous one at that. But the brouhaha over where to bury a scoliosis-afflicted king who died on a battlefield, with a hole in his head and a stabbed arse, shines a light on another issue that goes beyond centuries-overdue funeral arrangements.

In short, can we leave London out of this one? Seriously. Bury him in Leicester. It is where he died in a battle of historical importance. The University of Leicester has devoted enormous efforts, combining the disciplines of history and science, to identify the remains.

Let Leicester have this one. So what if this decision is largely motivated by bringing tourism to Leicester? It's good to share the love and money with places apart from the capital. There will always be plenty of reasons for tourists to visit London. Besides, there are already 17 dead monarchs whose graves you can gawp at in Westminster Abbey.