"I saw your boobs!" "I saw the Outrage Olympics!" 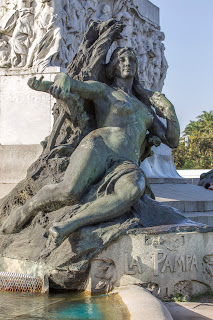 The internet is still buzzing over whether Seth MacFarlane is a hate-filled misogynistic pig after his turn at hosting the Oscars the other night. In particular, the "I Saw Your Boobs" song has attracted much outrage. That'd be the pre-recorded stunt in which Naomi Watts and Charlize Theron, two of the actresses named in the song, were willing participants in the joke.

The overwhelming reaction to this song was a festival of missing the point. As Seth MacFarlane and the Gay Men's Chorus of Los Angeles tunefully rattled off a litany of silver screen breast appearances, pearls were clutched all over the place. Special outrage was saved for his name-checking of actresses who showed their breasts while playing characters who were raped.

Was I the only person who saw this as a satire on the rationalisation process actresses go through when they appear nude on camera for serious roles? How many times have we heard actresses say with a perfectly straight face that the nudity was essential to the storyline or the development of the character? It's artistic nudity as opposed to X-rated movie nudity, so the narrative goes. And, just as the "I Saw Your Boobs" routine demonstrated ironically, it's seldom career suicide to go naked for a serious role. The song listed amazing performances by talented actresses who are clearly valued for more than their breasts.

When I worked at FHM in Australia, the "would you go nude for a role?" question was asked of pretty much every actress who appeared in the magazine when they appeared for a shoot in either lingerie or a bikini. Even a ditzy soap opera star who was hardly likely to end up in a remake of Monster's Ball would give the cookie cutter "If it's appropriate for the role..." answer.

It's certainly more refreshing to hear about actresses who question the need for nudity and have won the battle to not get their breasts out. In today's Metro, Mia Wasikowska says that she has indeed turned down nude scenes and questioned their relevance to the script.

Actresses who chooses to go nude for a scene of sexual abuse don't do it to titillate the audience. But once that scene is out there, there is nothing to stop moviegoers from being aroused even if it is a thoroughly traumatic scene. As such, supposedly high-end men's magazines, such as GQ, have run galleries of breasts in movies and there are countless websites and forums dedicated to leering over naked actresses and flagging up films that feature breasts, bums and vulvae.

No actress has ever said: "Yes, I got naked because I knew it would get bums on cinema seats, turn people on and make the studio pots of money." but that doesn't stop some people from seeing movies because they want to see breasts. People can be creepy.

Perhaps now we can have a conversation on why breasts even need to feature in rape scenes at all. These scenes are always hard to watch, and the sounds and facial expressions of both victim and perpetrator can speak volumes without anyone's private parts being exposed. Such a conversation sounds like a rather po-faced outcome of a comedy sketch, but comedy should exist as a catalyst for serious discussion.

It is stunning that the joke needs to be explained. Did everybody miss the irony of a group of gay men singing about the joys of seeing boobs? Yes, it was a bit puerile but taking the piss out of the earnestness of actresses who've gone nude is a perfectly valid topic for satire. The mention of us seeing Scarlett Johansson's boobs on our phones was a bit unnecessary as that was breast exposure without her consent, but the rest of the song's content was fair game.

Are you wondering why the song wasn't called "I Saw Your Dick"? Off the top of my head, I can recall seeing three actor penises: Harvey Keitel in The Piano, Kevin Bacon in Wild Things and Michael Fassbender in Shame. That is three penises since 1993. Or an average of one cinematic willy every 6.666 years.

There's a gender divide in getting naked to get credibility. That is absolutely worth a spot of satire at the annual festival of frocks, red carpet body snarking, insincerity and nauseating self-congratulation.


Image courtesy of www.kozzi.com
Posted by Georgia Lewis at 07:01