Off with her head! Behold, it's Hilary Mantel hysteria! 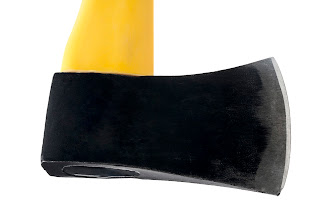 Beheading people for treason isn't really the done thing in Britain these days. It is mildly terrifying that the last person executed in Britain for treason was not so long ago - it was William Joyce, hanged in 1946, the year my father was born. But even though treason is still an offence here, surely we are not interesting in reverting to the dark days of calling for people's heads to be severed from their necks. Or are we?

Given the kneejerk public reactions to the abysmal reporting of Hilary Mantel's erudite, fascinating and articulate London Review of Books Winter lecture, I am not so sure we have moved on from an era of hysterically waving pitchforks and wanting to see blood spilled as judicial entertainment.

The lecture, entitled Royal Bodies, actually took place two weeks ago so the journalists of the Guardian, the Telegraph, the Daily Mail, the Independent and Metro were not exactly on the ball. But a 5,000-word lecture, with all its nuances and historical context, does not make for a sexy news story. It is far easier to lazily pick the eyes out of the lecture, offer quotes out of context, get a shedload of easy hits to your website and watch as the easily outraged readers believe the shoddy journalism. Hell, it's not as if they're going to bother to read or hear what Mantel had to say.

And because Mantel dared to mention that most pristine and sacred of all media cows in her lecture, the Duchess of Cambridge, it was so easy to set her up as an object of hate. The lecture was an attack on the obsession by the media and the public with not just the body of Duchess of Cambridge but the bodies of royal women throughout the centuries. The fascination over whether Anne Boleyn was going to produce a male heir for Henry VIII in the sixteenth century is no different to the womb watching that Kate has to endure.

Of course, reading Mantel's well-written words was too hard for the foaming-at-the-mouth masses. It was far easier to look at the photo of Mantel, juxtaposed beside a winsome shot of the Duchess, and conclude that she is fat, unattractive and jealous of Kate's body and marriage.

Never mind that Mantel has publicly spoken about her battle with endometriosis, a condition which has left her overweight and infertile. Never mind that she is the patron of an endometriosis charity. Never mind that she speaks with humour and grace on the trials and tribulations of being a large woman in a world were the sylph-like are worshipped. Never mind that Mantel has been married since 1972. It is clearly a resilient relationship - the marriage ended in divorce in 1979 but the couple then remarried. If Mantel was truly snide and vile, she might have alluded to the fact that she worked on her own marriage and gained a stronger relationship as a result, unlike many a disastrous royal union.

But in the minds of the angry mob, her only motivation for saying anything remotely critical of the saintly Duchess is jealousy and hatred.

Even David Cameron felt the need to weigh in from India. Like almost everyone else who has shot their mouths and keyboard fingers off today, he obviously didn't bother to find out exactly what Mantel said and instead rose to her defence like a pathetic, populist knight in shining armour.

And then Ed Miliband took time out to defend Kate. Seriously, Ed, come on. There's an NHS to defend but instead, he also jumped aboard a populist steed of his own, donned the armour of lameness, and said: "These are pretty offensive remarks. I don't agree with them." Oh, and he added the usual mindless twaddle about how hard the Duchess works.

Have we reached a place where only thin, pretty women married to princes are allowed to comment on thin, pretty princesses? The furore echoes the sexist attempts to silence the brilliant Professor Mary Beard simply because she expressed a mildly controversial opinion and doesn't live up to some ridiculous standard of female hotness.

The defenders of Kate's virtue clearly didn't read to the very end of Mantel's piece because then they might have realised that she was calling for kindness towards the Duchess, for us to not be so obsessed by her body and the contents therein.

In the last paragraph, this is what Mantel wrote: "We don't cut off the heads of royal ladies these days, but we do sacrifice them them, and we did memorably drive one to destruction a scant generation ago. History makes fools of us, makes puppets of us, often enough. But it doesn't have to repeat itself. In the current case, much lies within our control. I'm not asking for censorship. I'm not asking for pious humbug and smarmy reverence. I'm asking us to back off and not be brutes."

You'd be hard pressed to find a more eloquent way to tell the media and the public to not behave like voyeuristic dickheads where royal bodies are concerned. But you'd have to read 5,000 words, many of them with more than one syllable, to find this eloquence. Nah, it's much easier to simply swallow the moronic hysteria generated by lazy journalists and slag off the fat woman instead.