The myth of strike-busting driverless tubes 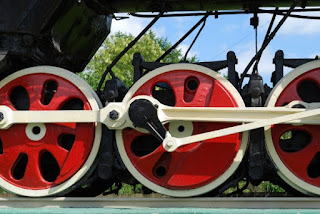 Regardless of your views on London tube strikes, it is important to know that switching to driverless trains can't happen overnight and it won't necessarily stop strikes, even if we woke up tomorrow to find the switch had somehow magically happened.

There are 11 London tube lines, as well as the Overground and the already-driverless Docklands Light Rail (or DLR, but more on that in a moment...). In February 2014, when Mayor of London Boris Johnson, approved plans for driverless trains. But not even Boris would have such a rush of blood to the head that he'd sign off on a project that would be unfeasible on a practical level and astronomically expensive.

Every month, my bank account takes a direct hit thanks to Boris' love of raising public transport fares, but not even he would hike fares to the point where the upgrades and new trains required for a driverless tube could be implemented in lightning-fast time.

To implement driverless trains across infrastructure that is more than 100 years old in many parts is not a small or cheap undertaking.

On top of this, there ain't no whinger like the average London underground passenger. Especially when lines are closed for essential engineering work. Apparently, there are people out there who would rather travel on a poorly maintained railway system all the time instead of sucking it up and dealing with the occasional replacement bus service while travelling on a safe, well-maintained service the rest of the time.

And the average London underground whinger would complain at a rate last seen at Fawlty Towers if entire lines were closed for months at a time to do the upgrades required for driverless trains. Transport For London (TFL) needs to strike a balance between getting work done and minimising inconvenience for paying passengers.

Not that any of this stopped Richard Holloway, a Conservative councillor for the London borough of Westminster, from setting up an ill-informed and predictably briefly popular petition on change.org. The petition calls on Boris Johnson to "begin operating completely driverless trains on the entire London underground as soon as possible."

I tweeted Richard to ask him about this and he said that the Paris Metro went driverless over a period of five years. "Are we going to let the French beat us?" he asked without a trace of irony, given the French culture of strikes, and despite the fact it's not 1793.

Facts are pesky for Richard - the Paris Metro has not yet gone entirely driverless. I have no idea where he got his five-year figure from - Paris opened its first driverless line in 1998, a second in 2012 and a third is due by 2020. So that means two out of the 14 Paris Metro lines have gone driverless in the last 17 years.

When I asked Richard for costings, he tweeted a link to a BBC news story. I pointed out that this is not a costings document and he asked me if I frequent change.org and ask every petition for a full breakdown of costs for their proposal? Of course I don't. Most petitions on change.org are started by people who are not elected representatives. But if you are an elected representative publicly putting forward a proposal, you are effectively making a policy statement and it is entirely reasonable to be expected to provide costings. Especially when public money is involved.

Richard clearly didn't want to discuss this matter any further and asked if I'd demanded costings on a petition about the UK providing medical care to migrants at Calais.

He had no real answers to my questions and today, he is still on Twitter banging on about driverless trains as a panacea for all strikes. Such as the DLR, I suppose?

But the DLR - the line that is always cited as an example for how the tube should be by the "LET'S GO DRIVERLESS TOMORROW!" brigade - is not entirely without staff nor is it strike-free.

The DLR has more than 500 people on staff, such as cleaners, security staff, station staff and train captains. The captains move around the carriages while the trains are in motion and they have to manually operate the train if something goes wrong. If the rest of the tube network, went "driverless", the tube drivers would be the first people to be offered these train captain jobs - they are already trained to deal with a range of mechanical problems so they'd be obvious candidates.

And, sorry to break it you, Richard, but DLR staff have gone on strike. In May this year, DLR cleaning and security staff went on strike. If there are working people involved in an endeavour and striking has not been outlawed, strikes will probably still happen.

Get mad about tube strikes if you like. That is your right. But don't kid yourself that driverless trains can happen overnight or would be an instant strike-buster.

Photography by Svetlana Tikhonova
Posted by Georgia Lewis at 09:50