Abortion, adoption and the reality of choice 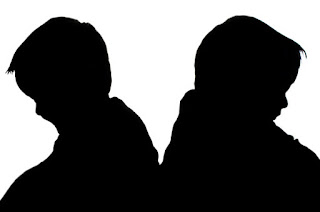 The story only received scant media coverage when it broke last month. Anti-abortion protesters forced a London abortion clinic to shut down. The clinic's name has not been made public but it is also rumoured that a second clinic is under threat thanks to protesters harassing women. It is suspected that Blackfriars Medical Centre, a longtime target of protest groups such as Abort67, is the second clinic under threat.

Never mind that apart from abortion being legal here in the UK, the Blackfriars clinic also provides ante- and post-natal checks, smear tests, minor surgery, counselling, men's health services, travel vaccines, cardiac health promotion, asthma and diabetes health promotion, dermatology and counselling. But for supposedly prolife people, these life-saving services might get thrown under a bus as long as they can limit access to safe, legal abortion by harassing women whose medical appointments are none of their damn business.

The only politician to stick her head above the parapet is Labour leadership contender, Yvette Cooper, and for that, she deserves respect. She has called for buffer zones around abortion clinics, as has happened in the US, Canada and France. This means the protesters can still exercise their right to free speech and women can still exercise their right to access medical services.

If you want to shout in public about why you believe abortion is wrong, that is your choice - but you have to remember that free speech is not the same as it being compulsory for anyone to listen to you. And free speech means that anyone who disagrees has the right to put forward their case.

Will the UK end up going down the US track of clinics requiring volunteer escorts to usher girls and women safely past protesters? Will the UK ever see its first example of abortion clinic staff being murdered? I really hope that is not the path on which we are travelling. Yvette Cooper should be commended for taking a stand on behalf of girls and women across the country.

Yes, girls as well as women...

The world has been reeling from the knowledge that in Paraguay, an 11-year-old girl, who was allegedly raped by her step-father at the age of 10, has just given birth. Her mother, the person who should be able to make medical decisions on behalf of her daughter, was denied the opportunity to let her daughter have a safe abortion just as she was not taken seriously when she tried to report her husband to the police. Everyone should be relieved that the girl survived the pregnancy and the c-section delivery, but every time she sees her c-section scar, she will be reminded of her rape. She is living in a family stricken by poverty in a country where around 600 girls aged 14 or under become pregnant every year. How has forcing her to give birth improved anything?

Pregnancy is the world's biggest killer of teenage girls worldwide and it would be appalling if the UK's abortion laws changed so that girls here joined that terrible, inexcusable death toll in ever-increasing numbers.

Adoption can be a wonderful thing, giving hope to children who might otherwise face a terrible childhood. But where are the Abort67 activists when it comes to making adoption easier for people who are able to given babies and children loving, safe homes? Such activists tend to sell adoption as a simple solution, a panacea for every unplanned, unwanted pregnancy but why are they not lobbying local authorities when ridiculous criteria make it impossible for potentially great parents to adopt?

Obviously, it would be irresponsible to simply let anyone who wandered in off the streets adopt children without any checks. After all, we are talking about kids who may have been physically, sexually or emotionally abused, kids who have witnessed violence in the home, kids with serious medical problems and kids who were born addicted to drugs or suffering from foetal alcohol syndrome.

It is important to remember that adoption isn't always sunshine and rainbows. It can be very hard on everyone concerned. Potential adopters have to be realistic, to be aware that they probably won't end up with an angelic newborn.

But when local authorities impose conditions such as requiring at least one parent to take a year off work and, for adoption of sibling groups, one bedroom per child, children will linger in foster care. I recently came across the sad case of five siblings who are awaiting a forever family while being separated in the foster care system. Tragically, they will probably remain in the system for a long time yet unless there is someone out there with a six-bedroom house and the ability to take a year off work.

Why isn't Abort67 focusing on these cases? Why isn't Abort67 advocating the use of birth control and ensuring that every school student in the country receives broad-based effective sex education? Why is Abort67 more concerned with sitting outside clinics?

Because that is easier than doing anything that would actually contribute to reducing abortion or helping children that have already been born.

May Abort67 remain a fringe group. Yvette Cooper was dead right when she said that we do not need US-style abortion wars here.