The hypocrisy of the royal paparazzi outrage 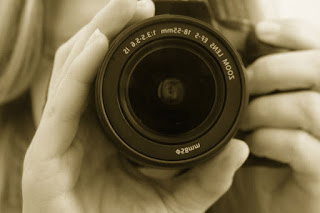 The Duke and Duchess of Cambridge have done the very British equivalent of hanging their heads out the window and yelling at the top of their lungs: "I'm mad as hell and I'm not going to take it anymore!". They wrote a strongly worded letter.

Essentially, it was a plea to paparazzi photographers for the same sort of privacy non-royal parents enjoy. It was a call for control over what photographs of their kids are shared widely. Just as it is up to parents to decide what pictures of their little darlings end up on Facebook, on mantelpieces and on naff Christmas cards, William and Kate would only like official photographs and photographs taken at official photo calls to be published.

Of course, if they truly want to raise their kids in a normal environment, a republic would solve that problem. They could live as private citizens and get jobs and everything. Yes, I know Prince William works as a part-time air ambulance pilot and donates his salary to charity, but he can afford to have the luxury of such altruistic principles. He could always give up the tax-free money his dad gives him from the Duchy of Cornwall and pay tax like the rest of us.

But to suggest a British republic is still, for many, as absurd as suggesting we all wear shoes made of tofu and hats made of argon. So that leaves us with the letter from the here-to-stay-for-now Duke and Duchess, which was dutifully published in full across multiple newspapers, including the Daily Mail.

It was nice of the Mail to do this, accompanied by official pictures of Prince George and Princess Charlotte. No seedy pap pics taken from the boots of cars. But on the Mail's website, right alongside this reverential reprinting of the letter were paparazzi pics of Brooklyn Beckham, aged 16. And this was just days after the non-story of four-year-old Harper Beckham photographed sucking on a dummy was considered front page-worthy.

A quick click on the Mail's homepage as I write this reveals, along with the usual papped shots of grown-ass adult celebrities, the following kiddie-based crap in the sidebar of shame: the Beckham kids again (this time, Romeo, Cruz and Harper but no Brooklyn, who was clearly too cool to attend his baby's sister's recital), a video filmed from across the street of David Beckham and all four of his kids performing the fascinating act of getting into the car, Kylie Jenner's boyfriend's two-year-old son, 17-year-old Elle Fanning trying to eat a frozen yoghurt in peace, Reese Witherspoon and her sons, aged 12 and two, Kourtney Kardashian and her kids, aged five, three and 18 months, and Kim Kardashian and her two-year-old daughter, North West.

They were all paparazzi shots. None of them were pictures the celebrity parents volunteered to the world's media. They are dull pictures of famous people and their kids going about their business, doing the same boring things the rest of us do. How come in Daily Fail-Land, papped shots of underage celebrities and underage celebrity kids are OK but papped shots of royal kids are a crime against media ethics? Prince George and Princess Charlotte can't help who their parents are but neither can the kids of David and Victoria Beckham, assorted Kardashians or Reese Witherspoon.

Which leads us to the bigger question here: Why the hell does anyone care at all about photos of celebrity kids?

You are creating the market for pictures of celebrity kids. If you feel a bit creepy about this, that is a good thing.

You should be embarrassed if you regularly pore over photos of children you will never meet. It is not the same as looking at photos of your nieces and nephews or your friends' kids on Facebook. It's an invasion of privacy and those pictures online will live on forever for the kids of celebrities, usually with nasty comments at the end.

A free press is a wonderful thing and it should be defended. But when we feed the market for the journalist equivalent of sniffing bicycle seats, for bottom-of-the-barrel-scraping non-news, we end up with the media landscape we deserve.


Photography by Anna Langova
Posted by Georgia Lewis at 09:40