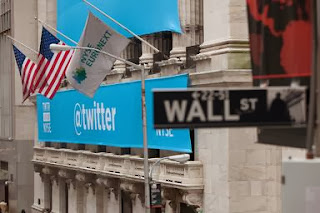 This is what the First Amendment says:

"Congress shall make no law respecting an establishment of religion, or prohibiting the free exercise thereof; or abridging the freedom of speech, or of the press; or the right of the people to peaceably assemble, and to petition the Government for a redress of grievances."

Stunning words. Indeed, they are words that should be enshrined in a written constitution in Britain. This week, in light of the Phil Robertson-GQ magazine-Duck Dynasty outcry and the Jessica Sacco Twitterstorm, plenty of people have cried foul about Phil and Jessica both suffering a loss of the first amendment rights.

Except they haven't lost any such thing.

Phil Robertson made his astounding comments about gay people and black people in an interview with GQ magazine, an excellent piece of magazine journalism. It is entertaining, interesting and offers GQ readers an insight into someone they probably hitherto didn't know much about. Now we all know about it.

We also know that the network, A&E, has suspended Phil Robertson from the reality show in the wake of the outrage. This is not an example, as per the First Amendment, of Congress "abridging the freedom of speech." Congress rightly has not intervened. It could well be an example of A&E breaching Robertson's contract, however. I haven't seen his contract but I'd be very interested to see what sort of terms exist for suspension or, as A&E have described it, an "indefinite hiatus". If the suspension is a breach of contract, Phil is well within his rights to seek redress. If it's not in breach of contract, A&E have made a perfectly legal business decision in a free market economy.

A&E has made a business decision in suspending Robertson in the wake of the furore. The powers-that-be do not want the brand associated with views that many see as bigoted. Given that Duck Dynasty merchandise has sold out at Wal-Mart since the suspension, it would appear that many people are prepared to support Robertson through the power of shopping. And that is their choice, just as it is the choice to either boycott A&E in support of Robertson or watch everything A&E makes in support of the suspension. Or you can be indifferent to Duck Dynasty. Freedom of speech does not mean it is compulsory to listen to anything anyone has to say.

Will Duck Dynasty rating plummet? Will advertisers pull out in droves? A&E is a business. How this ultimately plays out may indeed depend on how loudly money talks. Let the free market decide...

And speaking of businesses, last time I checked IAC is also a business. This would be the business that employed PR executive Justine Sacco until the other day. She was fired after tweeting: "Going to Africa. Hope I don't get AIDS. Just kidding, I'm white!".

Sacco was the very definition of blissful ignorance as she tweeted this just before a long flight from London to Cape Town. Upon landing, she discovered she was at the eye of a Twitterstorm and had thousands of new followers for all the wrong reasons. #HasJustineLandedYet started trending on Twitter and her tweets had been mercilessly combed by commentators from the left and the right.

It turned out that Sacco had tweeted a lame and unoriginal line about Brits having bad teeth, singled out a German man for having BO on a first class flight (no idea why his being German was relevant but hey-ho...), made a joke about having a sex dream featuring an autistic person, live-tweeted the worst service ever (if waiting a whole eight minutes for water is, in fact, the worst service ever) and generally offered a Twitter feed of much privilege.

The conservative website Twitchy was one of the first places to send the AIDS tweet viral as well as revealing while Sacco was mid-air that she is also prochoice. Twitchy misread American liberals by wondering out loud if her prochoice views meant she would be immune from being called out by the left for being racist. She was not immune from anyone. She probably broke the world record for Most Times A Single Twitter User Has Been Called Out For Unchecked Privilege.

It turns out Sacco is the daughter of a South African billionaire. She may lose her US work visa as a result of being fired but she probably won't end up on streets. Even so, it was a harsh lesson in how brutal the masses can be over an ill-judged tweet.

So was Justine Sacco trying to be funny? Probably. Several people have pointed out that if this came from Sarah Silverman or Seth McFarlane's Twitter feed, nobody would bat an eyelid. They're probably right. Unfortunately, Twitter lacks tone, even if one does put a cheeky exclamation mark at the end of a comment about AIDS in Africa. Sadly for Sacco, her tweet didn't come across as satire. It came across as ignorant and racist. Then again, nobody should require international fame as a comedian before attempting a joke on Twitter.

Sacco deserves kudos for an extensive apology in which she took responsibility for her actions instead of the usual excuses given in such circumstances: "I was hacked." "I was being ironic and nobody has a sense of humour anymore." or "I was tired/jetlagged and drunk/on meds at the time.".

Should IAC have fired her? Maybe not, but as someone who has dealt with PR companies and PR executives on a professional level for almost 20 years, I understand why she was. The best definition I have ever heard of the public relations profession is "reputation management." PRs love it when a client is doing great things but they have to pick up the pieces when the client does something scandalous. That is their business. That is how they make their money and, frequently, lots of it.

Like any business in the current world economy, IAC is probably terrified of losing business. IAC runs popular websites including OKCupid, match.com, Vimeo, The Daily Beast and Tinder. And Sacco was a public relations executive for the company. Her job was to play her part in managing the reputations of global brands. On her now-deleted Twitter account, she proudly named her employer in her bio. She didn't even offer the usual (if obvious...) "opinions here my own" line. It came across for all intents and purposes that she was representing her employer with her Twitter account.

The Twitter mob certainly made it clear to IAC that there was widespread, possibly brand-damaging outrage. And that's the thing about Twitter - it isn't always kind or constructive or sensible but it has rapidly become a means of exercising free speech that is loved by people across the social and political spectrum. If someone wants to call out Justine Sacco for making a bad joke, that freedom must exist just as Sacco is free to make a bad joke. Free speech isn't always pretty but freedom is more important than prettiness.

And, quite rightly, Congress has not made any laws restricting Twitter, just as it has not intervened in either the Robertson or the Sacco scandals. But both A&E and IAC have made business decisions in the way they have dealt with these two very different people. And now it is up to the court of public opinion and the free market to see if the suspension and the sacking will pay off.

Here is a piece from Padraig Reidy, senior writer at Index on Censorship about Sacco, Twitter and comedy.

And here is Camille Paglia's take on the Duck Dynasty story.