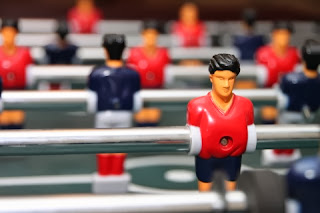 Negotiations between the Football Association (FA) and British Airways (BA) over flying the English football team to Brazil for next year's World Cup have broken down. As a result, BA will not be flying a plane-load of multimillionaires for free to Brazil to play in a tournament in which they will be lucky to get past the pool stage.

A source told The Sun newspaper that it would cost BA up to £10 million to take a plane out of service for the exclusive use of the English team, reschedule timetables and reassign crews. The source said: "In return, BA gets no more than a photo of the back of a plane in a few newspapers. In brutal terms, it just doesn't make sense."

Last time I checked, BA was a business, not a charity. And it is certainly not a charity that is obliged to fly the English football team for free. It's not as if we are talking about a kids' football team holding cake stalls and raffles to fund train fares for a match in the next county. We are talking about a team of players where they could all afford to pay everyone's return first class airfares and barely notice the cash missing. And it's not as is the FA is short on cash either.

The source is dead right. It is not worth the expense and logistical nightmares for BA just for a few photos in a few newspapers. The FA can pay for their own shit.

Here's the thing. If anyone from the FA is seriously trying to tell BA that flying England will be great publicity, they are not living on this planet. Thanks to booking flights online, a lesser reliance on travel agents and frequent flyer cards that involve multiple airlines, the way customers book flights is completely different compared to decades gone by.

People are not necessarily loyal to the one airline anymore.When people jump online to book flights, it's a matter of weighing up factors such as price and convenient times rather than slavish devotion to a "national carrier" (which in the case of most countries is an airline that was privatised years ago). Nobody is going to book a BA flight because one of their planes appeared in a photo in a newspaper with the English football team and a couple of pretty cabin crew posing on the stairs.

Now the word on the street is that Virgin might fly the team to Brazil. I guess £10 million for Richard Branson to pose with the team and act all patriotic-like is cheaper for him than paying his fair share of tax.