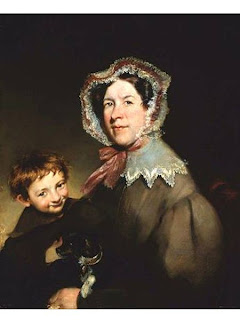 I had a feeling this might happen after putting my views on the Lose The Lads' Mags campaign out there for all to see. Some people would respectfully disagree (and kudos to everyone who can disagree without resorting to personal attacks), some would applaud my words and some would simply fail my Zero Tolerance of Idiocy policy.

Such as a woman I encountered on, of all places, Facebook. Despite claiming to be a libertarian and an anarchist, she exhibited zero understanding of how a free market economy works or what it actually means to be an anarchist when she came out in support of taking magazines such as Nuts, Zoo and FHM off supermarket shelves and out of high street newsagents. Heavy-handed regulation, treating adults like children and censorship are not libertarian or anarchist ideals.

I tried to reason with her when I pointed out the lack of evidence linking the existence of lads' mags in high street shops to sexual violence or harassment but she simply told me she didn't need evidence. All she needs are anecdotes and experience. Because she is a mother. And I am not.

Which is fine. I completely understand (and hope) that your life changes when you bring a little person into it - it'd be weird if such a huge event didn't transform your world. I asked her if she was implying that because I was not a mother, I had no right to an opinion on lads' magazines. Astoundingly, she told me she was not implying, she was telling me my views were invalid.

Wow. Nothing like being told that despite having worked on a lads' magazine, despite still working as a journalist, despite being a grown woman with an eduation and an ability to empathise and form opinions, anything I had to say on the matter was invalid because I don't have any kids.

Once my head stopped connecting with my desk at her matronising mumsplaining, I took a look at the wider world around me. In particular, I went looking for lads' mags. Everywhere I looked, they were already placed on high shelves and the covers were usually wrapped so there was a hint at what mischief might lurk inside. The visible images showed no more flesh than most women's magazines. At the newsagent at my local tube station, the kids'-eye-level high counter where you pay for your purchases was rammed with weekly gossip magazines. Without exception, they all showed loads of female flesh and reduced celebrities to their weight loss, weight gain, cellulite, breasts and pregnancies.

But these magazines should not be shunted off shop shelves any more than lads' mags should or any of the daily newspapers. Let's talk about the presence of lads' mags as a form of harassment, shall we? If I worked in a shop in the week Drummer Lee Rigby was murdered, I'd be more distressed by spending my workday surrounded by those grim front pages, all of which ran a poster-sized picture of one of the suspects brandishing a bloodied cleaver.

But I would not call for the newspapers to be removed from sale because that flies in the face of a free press.

There is a world of difference between lads' mags sitting quietly on high shelves waiting for buyers and a workplace where an idiot boss or colleague waves such mags around, forces staff members to look at the mags any more than they'd have to in their day-to-day employment or makes loud comments and comparisons between the models' bodies and those of employees. Indeed, because there is still an air of embarrassment surrounding nudity and sexual imagery, such mags are usually purchased furtively.

The worst behaviour you'll probably see is the occasional giggling schoolboy sneaking a peek at Nuts. Good luck with trying to regulate hormonal schoolboys out of existence...

And then I put the idea out there that I lived for five years in the UAE, a place where lads' magazines are not sold and the mens' mags have to keep things fairly tame when it comes to flashing flesh. While the UAE is not quite as backwards when it comes to women's rights as some might think, there are still problems with harassment, sexual assault and, in particular, the under-reporting of sexual assault. And these things happens here too, where lads' mags are sold. To simply take them off high street shelves is to trivialise the issue and oversimplify the deeper causes.

In the meantime, news came out of lads' mag-free Saudi Arabia about a novelist claiming that women will be harassed if they are allowed to work in certain jobs alongside men. The sad part is that might just happen if more jobs are open to Saudi women and there are no lads' mags to blame there.

Then the Middlesex University study into commonalities in lads' mag language and the language of convicted rapists has been flagged up in the midst of this latest debate as "proof" that lads' mags cause rape. Except that a bunch of quotes taken out of context don't really prove anything much. It just creates the warped circular logic that all lads' magazine readers are rapists and all rapists read lads' magazines. Again, this trivialises the real issues and treats every rape case as identical. With every convicted rapist, there is a set of circumstances that absolutely do not excuse rape but might explain how he formed his attitudes towards women. And the academic in charge of the study didn't actually conclude that censorship is the answer and, sensibly, he suggests education instead.

Phew! At last we're getting somewhere. Some nuanced discussion into what causes sexual assault and sexual harassment is urgently required. Alarmingly, the single-minded drive for the puritans of Object and Feminista UK to shunt lads' mags off shelves lest the "Page 3-style front cover images" cause sexual violence is the same mindset that leads to victim-blaming. It's no better than saying short skirts, low necklines, tight dresses or alcohol consumption are to blame for sexual assault.

Further reading from the blogosphere...