Losing lads' mags and the slippery slope of censorship 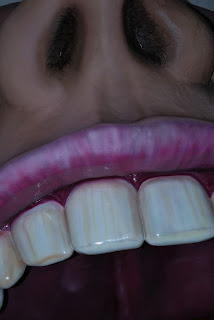 The hashtag popped up on Twitter over an otherwise quiet bank holiday weekend. Suddenly my Twitter feed erupted with #losetheladsmags - as an unrepentent former employee of a lads' mag, I was curious so I took a peek at the Lose The Lads' Mags website.

UK Feminista and Object are on the warpath and they want high street shops to take lads' mags (the likes of Nuts, Zoo and FHM) off the shelves or risk legal action. Without any hard data linking such magazines to sexual assault or domestic violence, the website asserts that lads' mags "promote sexist attitudes and behaviours" and "normalise the idea that's acceptable to treat women like sex objects."

It's as if men looking at women's bodies is something new...

Just as well then that UK Feminista and Object are on the case to stop customers and shop employees from being exposed to such filth. That'd be the customers who can choose not to buy magazines they find offensive and employees who have accepted jobs in shops where they know such magazines are sold.

Seriously, where might this ban-hammering end? Or is this an attempt at selective censorship on the part of UK Feminista and Object?

Would UK Feminista and Object be up for defending the sensibilities of customers and employees who did not want to be exposed to gay magazines because they find homosexuality offensive? What if someone's religious views were offended by the opinions put forward in, say, The Jewish Chronicle or The Muslim News? What if an anti-birth control Roman Catholic wanted to work in Boots but not process any transactions for condoms?

UK Feminista and Object have "obtained brand new legal advice showing that displaying and selling lads' mags and papers with Page 3-style front cover images can constitute sexual harassment or sex discrimination under the Equality Act 2010." In short, if shops sell magazines that have been approved for unrestricted sale in a free society with a free press, staff and customers could have a claim, according to UK Feminista and Object.

Excellent! More work for lawyers! And even better, the people who are employed by such magazines might find themselves out of work! Yeah, what a great result in the current economy!

In the midst of the rush to sign petitions and be offended, UK Feminista and Object are not listening to the women who choose to work in men's magazines, whether they are writers, photographers, graphic designers, stylists, sales and marketing staff or indeed the models themselves. Do they not want to ask these women how they feel about it all? Do they think the models are bimbos who don't know what they're doing and are unable to speak out if they feel oppressed? Why are two groups claiming to know what is best for women who work out of choice on such magazines?

If women want to pose for lads' mags or work for them, that's their choice. Nobody held a gun to my head and forced me to work for the now-defunct Australian edition of FHM. I did not feel oppressed or feel I was oppressing people by writing headlines and captions, interviewing the women who appeared in the magazine, writing features which generally told men where they were going wrong, or compiling and styling the sex pages (which gave women another opportunity to tell men where they were going wrong...).

Much of the humour of FHM was about men being self-deprecating - more often than not, the joke was on them. We never made jokes about rape or paedophilia on my watch. And in an excellent example of self-regulation and learning from mistakes, an outcry concerning the Hillsborough tragedy, led FHM to quit using comedy captions on serious stories about issues such as terrorism, war veterans or prisons.

But it's far easier to clutch pearls, get outraged and call for bans in a free market economy.

Indeed, why are the generally healthier body sizes of women in lads' mags a target for censorship but not the unhealthy body sizes of fashion magazines? A perusal of the boobs on the Nuts magazine website is an interesting exercise in mammary variety - there are big breasts, small breasts, some are real, some have been surgically enhanced, some nipples are big, some are small, some are the national average cup size, some boobs sit high while other hang low. If a woman is at all worried that her breasts are in some way abnormal, the Nuts website is a good place to seek reassurance.

And if you don't want to look at such websites or buy such magazines, you don't have to do so.

But what about the children? Er, don't buy lads' mags for your kids. If you don't want your children seeing such mags, don't have them in the house. If your child spots such a magazine and asks why the lady has no clothes on, there are any number of non-hysterical responses you could make depending on how old the kid is. Because it was a hot day, because she is happy with her body, because it's her job...

There is room for school sex education programmes to discuss the images in such magazines, to explain to students who are old enough to understand (and have probably seen far more flesh online anyway...) about how images are PhotoShopped, about how women's bodies come in all shapes and sizes, about how there really is no such thing as one normal body type, how pubic hair is a reality even though stray hairs are routinely airbrushed out of such magazines and so on.

But teenagers should be taught to critically read all media, not just lads' mags. Given people routinely spout their newspaper of choice as gospel, this is a skill plenty of adults could use too.

So where will it end for UK Feminista and Object as they behave like the modern equivalent of Victorians covering table legs?

Will shops have to stop selling short skirts or tight dresses or low-cut tops lest women are seen walking around in them, objectifying themselves? After all, if women who pose for lads' mags have no control over their behaviour, surely women who willingly show their legs or cleavage are similarly powerless?

What about women's magazines dedicating pages to the care and feeding of the male orgasm? Or advertisements and features in women's magazines for lingerie or swimwear? Why is The Sun's page three girl offensive but not the Daily Mail's constant insistence that famous women's bodies are news? What about weekly gossip magazines speculating on pregnancies, weight loss, weight gain or cosmetic surgery? Should they be taken off sale too so women don't have to look at all that harassing female flesh and men aren't driven to sexual assault?

And there's the elephant in the room - the Daily Mail, magazines such as Cosmopolitan and the weekly gossip mags are very popular with women. Will UK Feminista and Object condemn women for consuming such publications? After all, if women are mindlessly posing for lads' mags, surely they are mindlessly consuming media too and they need other people to tell them what they can and cannot read.

Then again, market forces might do the work of UK Feminista and Object for them. The men's magazine segment is on the decline and Zoo and Nuts are two of the biggest losers in this slide. People just aren't buying magazines like they used to, largely thanks to the internet. Calling for magazines to be taken off shop shelves is, frankly, a bit retro in this online age. And trying to stop stuff you don't like from appearing on the web is like trying to stop a tsunami with a tampon.


Image courtesy of www.kozzi.com
Posted by Georgia Lewis at 07:48