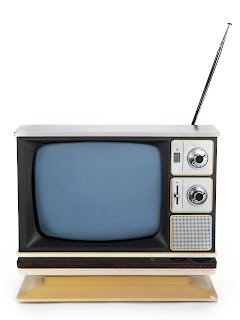 There is nothing wrong with questioning British foreign policy in relation to Afghanistan. Expressing the sentiment that the current government does not care about us is not an outrageous point of view either. Anyone in Britain who holds either of these opinions should be free to express them peacefully.

Of course, if anyone expresses such views and brutally murders someone in broad daylight while doing so, they should be arrested, tried and, if found guilty, punished accordingly.

As Michael Adebolajo and Michael Adebowale lie in hospital and await being declared medically fit to face questioning in relation to the death last week of Drummer Lee Rigby in Woolwich, plenty of people are exercising their right to free speech to speculate, comment and generally attempt to put the world to rights. In the midst of this noise, there have been calls to ban religious extremists from being interviewed on TV. Yes, because such measures were so effective in stopping the IRA during the 1980s...

And who are we defining as religious extremists anyway? Is this definition only limited to Muslims in Theresa May's utopia? What about conservative Roman Catholics who believe all abortion is murder? Are they extremists too? Or Westboro Baptist Church, whose members routinely declare that "God hates fags"? Should their views be banned from broadcast?

Kirsty Wark's panel discussion on Newsnight last week, in which she grilled Anjem Choudary on whether he condemned the killing of Drummer Lee Rigby has been roundly condemned for giving him a platform to air his views. But all Choudary did was talk in circles and show a politician-like talent for not giving a straight answer to any question. Just as every time EDL members open their mouths, they remove any doubt that they are simplistic, hateful racists with no real answers to any problems facing modern Britain, Choudary similarly condemned himself with his own absurd words.

Choudary looked ridiculous and, in contrast, the comments from Julie Siddiqi, executive director of the Islamic Society of Britain, and Shams Ad-Duha Muhammad, director of Ebrahim College, were measured and intelligent. Muhammad was not afraid to say that it is perfectly reasonable to oppose British foreign policy and condemn the murder of Drummer Lee Rigby.

And then my Twitter feed filled with comments from America questioning why we're not all armed here. These people are free to criticise from afar just as I am free to respond to their claims and assertions. There were the usual armchair heroes who declared they would have shot him dead or wished the woman who bravely took the time to reason with the suspects shot them instead. It's too easy to ignore the simple fact that because nobody was packing a semi-automatic or automatic weapon, we did not end up with a mass shooting in Woolwich last week.

Given the horrific events took place right near a school, this is one of the few good things to come out of such an awful tragedy. The only shots fired came from armed police who incapacitated both suspects rather than killing them outright. As a result, the potential to glean further information about their motives and activities has not died with them. More arrests have been made in relation to Drummer Rigby's murder, and a fair trial can take place, which is a better outcome than summary executions in the streets of London.