And again, same-sex marriage debate results in another long afternoon/evening of talking... 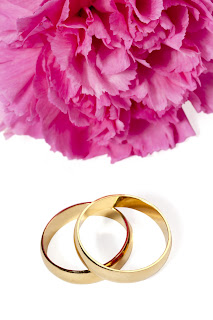 I had an exhausting afternoon in February keeping track of the debate in British Parliament over the legalisation of same sex marriage. And today, they're at it again with amendments a-go-go to muddy the waters and, predictably, idiotic and paranoid things are being said by elected represenatitives.

Here is a rundown of some of the shenanigans from Westminster...

David Burrowes, a Conservative MP opposed to gay marriage kicked things off by saying that New Clause 1 says the bill "should not lead to schools having to promote a view of marriage 'contrary to the designated religious character of the school'."

So Burrowes doesn't really understand that "teach" and "promote" are two different things. It is one thing for a teacher to inform a class that marriage in Britain between two men, two women or a man and woman are legal. This is not the same as the same teacher saying: "Gay couples can now get married in Britain and I urge all you kids to go out and find a partner of the same sex so you can join in the fun!".

This does not stop Burrowes from adding that the bill could be a "compulsory redundancy bill" for teachers who disapprove of gay people getting married.

Tim Loughton, another anti-marriage equality Tory MP, whose amendment on civil partnerships is clearly aimed at wrecking the bill says those who support it, are "promoting a hierarchy of conscious objection" because they support the right of Catholic surgeons to opt out of performing state-funded abortions (because Britain needs to risk experiencing a horrific Savita situation...) but are not in favour of Catholic registrars being able to opt out of performing state-funded gay marriages. Frankly, if both abortion and gay marriage are legal here, anyone who works as a gynaecologist or registrar and accepts public money for doing so should not be able to opt out of either procedure. But clearly I am "promoting" a separated church and state here...

Stephen Williams, a LibDem MP, responds to Loughton's abortion/marriage comparison, saying that he is in favour of Catholic surgeons opting out of performing abortion but not gay marriage because abortions make up "only a small part of what surgeons do, but conducting marriages is central to the work of the registrar." Well, that's a nice, wishy-washy response...

Stephen Doughty, a Labour MP, enforces commonsense by quoting the barrister Lord Pannick who said it would rake a legal miracle for religious bodies to be forced to conduct gay weddings by the European Court of Human Rights.

Good grief. More proof that separation of church and state is urgently required as Edward Leigh, Conservative, says that marriage is between a man and a woman and this should be a protected characterising of religious belief under the Equality Act 2010. Chris Bryant, a Labour MP and ex-vicar, scoffs at this nonsense saying that other religious beliefs, such as the virgin birth and transubstantiation are not specified this way in the Equality Act.

Leigh willfully ignores the fact that Christianity does not have a monopoly on marriage. Nor does religion in general. Next!

Leigh adds to the idiocy by saying amendments are needed, citing the case of Adrian Smith, a housing manager who said on Facebook that allowing gay weddings in churches as "an equality too far" and was advised he'd lose if he went to a tribunal. He didn't get his old job back and was only paid £100 n compensation. Firstly, no church will be forced to conduct a same-sex wedding under the bill (not even the Church of England vicars who'd like to do so...) and, secondly, nobody should be fired for expressing such views on Facebook. But that is another blog post for another time.

And there is now a break in transmission because work intervened and now I must get a tube home. I wonder what nonsense will transpire in the meantime...