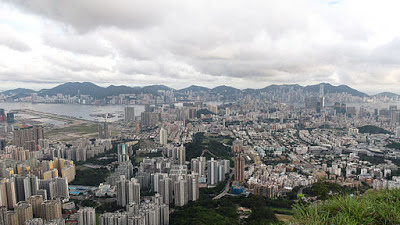 So Edward Snowden is hiding out somewhere in Hong Kong - or maybe by now, he's not. Who knows? Whatever the case, there is no middle ground narrative for him. He is either a noble and faultless hero or he is a reckless, dangerous man who, to top it all off, has pretty much orchestrated the world's most jaw-dropping break-up. Hell, he has made text-dumpers look positively saintly.

But his personal life is not really the point. Well, unless you're writing for New York magazine, in which case it is perfectly appropriate to name and run pictures of a woman believed to be Snowden's abandoned partner. And not just any old pictures either. New York magazine saw fit to publish pictures of her in pole dancing attire along with excerpts from her blog and her YouTube channel. And, quelle surprise, the Daily Mail has also decided pictures of a woman who is most likely feeling vulnerable and confused are newsworthy.

What's the problem, you might ask. She put those pictures online for all to see so surely she has given up her right to privacy, no? No. As far as we are aware, she did not know what her partner was up to and was as stunned as his employers were to discover he had left the US after leaking his story to the Guardian. She has almost certainly been questioned, or will be questioned, but at the time of writing, she has not been charged with any crime or been found guilty of any crime.

It is likely that she wanted to attract the attention of people looking for pictures, videos and blog posts on pole dancing. Such people could have found her blog and interacted with her without knowing the details of her personal life. That is nobody's business.

She had occasionally alluded to a boyfriend known only as "E" on her blog, and yesterday she wrote a vague blog post about heartbreak and goodbyes - without naming her now world-famous boyfriend - but has since, understandably, deleted the whole website. Except it all lives on in Google cache.

Ironically, in a lame attempt to smear someone who has potentially exposed a massive threat to privacy in multiple nations, New York magazine has not respected Snowden's partner's right to privacy. And they have demonstrated just how easy it is for your online presence to become everyone's business without the intervention of big government.

She did not ask to be an international public figure. She has a right to privacy and she has a right to make a new life for herself elsewhere, something that will now become more difficult as she is splashed all over the internet and no doubt in tomorrow's newspapers.

Edward Snowden's revelations are not necessarily shocking. Nor is the potential for the British government to be involved, despite the denials of William Hague. We voluntarily hand over information to the government all the time. In the last two weeks, I have handed over information about myself and my husband to the UK Border Agency so that I can have indefinite leave to remain in Britain. Yesterday, I made a complaint about my local bus service and included my Oyster card number to make it easier to track down the offending drivers. I have to trust that they won't use the information about my travels around London against me.

And they probably won't. Who cares where little ol' me goes in my boring daily business? But that's not really the point.

As a white, 37-year-old Australian woman of English and Scottish Christian heritage, I don't fit any of the usual stereotypes and I am probably not on any watchlists. Or am I? I regularly communicate online with Arab friends who I met in my time living in the Middle East. I am currently involved in a campaign to save my local hospital which has an online presence. I have written on this very blog in defence of the mosque in my neighbourhood. I am not a royalist or a fan of the current government. Who knows if some combination of words, phrases or contacts in my online life has alerted GCHQ? I am pretty sure I have the freedom in Britain to say what I say online without fear or maybe I am being naive?

But surely we need all this surveillance to keep us all safe? Here's the thing about terrorism - the reason why  it is so effective at creating mass fear is the element of surprise. Nobody who went to work at the World Trade Center on that awful day expected the day to end quite so badly. Nobody who went about their usual London commute on 7/7 thought their bus or train might end up a burning wreck. Drummer Lee Rigby did not expect to be attacked and killed in broad daylight.

The two suspects in Drummer Rigby's murder trial were known to MI5 but the attack still happened. All that was required to carry out such a vile act was a conversation between a couple of seriously unwell people and the acquisition of a meat cleaver. The conversation might not have even taken place online or by telephone. It was all pretty low-tech.

What we do need is time to properly digest the information already available to us from Edward Snowden's story. There will no doubt be more revelations in the coming months. We need to rationally assess the full extent of our collective privacy invasion and determine if we think such intrusions are worthwhile, necessary or even effective at stopping terrorism.

But even today, #PRISM and #NSA are dropping back in on Twitter because of #PS4 and #iOS7. An entire Twitter account, @_nothingtohide is devoted to the retweeting of lame remarks along the lines of "I don't care if the government spies on me! My life is so boring! LOL!".

Why do we need to give a damn about whether or not Edward Snowden has uncovered a massive infringement on liberty on an international scale? After all, there's a new console we simply must own and there are pictures of his pretty girlfriend in her underwear to leer over.
Posted by Georgia Lewis at 09:58