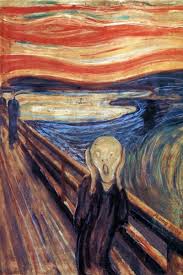 So, it has been 100 years since Emily Davison died after invading the track at Epsom's Derby Day. She has become a feminist icon, a symbol of supreme sacrifice for the suffragettes' cause. But while she was probably pretty fatalistic about whether she lived or died when she tried to put a suffragette scarf on the King's horse, it is most likely she didn't intend to kill herself.

In short, she became a tragic reminder of why it's better to live humbly for a cause rather than die heroically for one. Davison died in 1913. Women in Britain didn't get the vote for another 15 years. The advent of World War I probably did more to help women achieve equality at the ballot box than any number of militant acts by the suffragettes.

But that was 100 years ago, Emily Davison is being looked on with rose-tinted glasses and, while Britain is one of the best places in the world to be a woman, idiocy still abounds.

A century on and the following is happening in Britain:

• The loudest voice in Britain for reducing abortion rights and sending sex education back to the 1950s is a woman. Nadine Dorries. She bases her views on religion and an experience she had while working briefly as a nurse decades ago. She does this in between swanning off to Australia to appear on a reality show when she should be doing her job as an MP or likening her problems with hair loss to a mastectomy - and then wonders why people think she is a shameless publicity seeker.

• Anna Soubry, the Health Minister, also turned the clock back to the 1950s when she said that the large number of women studying medicine is placing a burden on the NHS because they will "marry and have children" and then want to work part-time. She used the word "ladies" without irony in her tired tirade. She then back-pedalled like crazy, claimed the government is increasing the number of GPs (because it is so easy to just pluck oven-ready trained doctors out of thin air) and that she supports flexible working practices. No mention of the crisis in childcare though or male doctors who might want to work part-time for a better work-life balance.

• Kate Winslet has the temerity to get married for a third time and become pregnant for a third time with her third husband - and according to the Daily Mail and the Daily Telegraph, this is the worst thing ever. Two female journalists, Alison Boshoff and Judith Woods, turned on the bile hoses on with a powerful gush of judgemental, slut-shaming crap. Well played, sisters! Clearly you both know everything about Kate Winslet's personal relationships... I trust you will write something similarly vitriolic about Rod Stewart with his eight kids by five different women. Hell, he didn't even bother to marry them all.

• G4S, the company that fucked up security for the Olympics so badly that the army had to be called in to save the day, has now been contracted by the government to run sexual assault referral centres. Because that's what's required when women are at their most vulnerable - to be looked after by an incompetent company motivated by profit.

But, hey, everything will be OK as long as lads' magazines are banned. The pearl-clutching moralising of the Lose The Lads' Mags campaign might have been supported by the likes of suffragette Christabel Pankurst, who managed to find time to campaign for better sexuality morality to prevent the spread of venereal disease or "the great scourge" as she called it. This is despite her publications on women's suffrage facing censorship as heavy-handed as that being proposed by the Lose The Lads' Mags advocates. Still, who wants to actually learn from history when you can simply make shit up about the good old days, eh?

It looks as if the new wave of hyper-conservative feminists may have chosen accurate role models after all.