Margaret Thatcher, feminism and speaking ill of the dead... 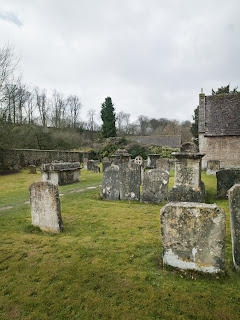 "Don't speak ill of the dead!" It is such a Victorian-sounding admonishment. The notion that as soon as someone has passed away, they instantly acquire saintliness and it is wrong to criticise them is quaint, at best, and at worst, it is ignorant censorship. With the possible exceptions of Colonel Gadaffi, Saddam Hussein and Osama bin Laden, every time a controversial figure dies, there are always calls to not speak ill of the dead, to not dance on graves, to show some respect.

But while the death of any 87-year-old grandmother is a sad occasion for the family, in the case of Margaret Thatcher, it is important to examine her legacy, to look back on the impact of her 11 years in office and to question why Thatcherism is still alive and well and living at Number 10 Downing Street. She was the first woman to be Prime Minister of Great Britain, she made decisions that many applauded and many condemned, and while she was a frail figure in her old age, her influence to this day cannot and should not be ignored.

In the noise of grief, jokes, celebrations and commiserations, there are plenty of people labouring under the misapprehension that she is a sort of feminist icon. She is not. These are her thoughts on feminism:

"I owe nothing to women's lib. The feminists hate me, don't they? And I don't blame them. For I hate feminism. It is poison.

Except everything she did was with the complicity, support and advice of men.

She surrounded herself by men who were sycophantic at first and she was brought down by men. Apart from Baroness Young, she did not promote women to her cabinet above the rank of Junior Minister. While Thatcher made many a young woman believe one day she too could be Prime Minister, she didn't help women in politics to make the step up.

Thatcher froze child benefit and did not invest in affordable childcare, saying she did not want to create a "creche generation" while simultaneously creating an economy where mothers often had to look for work in an era of high unemployment, even if they wanted to be stay-at-home mothers. She did not make the choice to stay at home with the kids easy for many women. This is still a familiar story for many British families under the current government.

Meanwhile, Thatcher was the very model of a modern working mother - this is something that she could not have achieved without the women's movement making this acceptable. Oh, and marrying a wealthy oil man helped too - this also made her rise to power much easier.

Her economic legacy will be debated long after we're all dead. But to champion her as a beacon of feminism is absurd. Who exactly did she pass the torch on to? There have been no women leading major parties since Thatcher. The current cabinet is about as representative of British society as a convention of Martians. And while Thatcher was no idiot, her denial of the importance of feminism showed a lack of respect for history. And history repeats itself to this day.