Kermit Gosnell and the back alley clinic hidden in plain sight 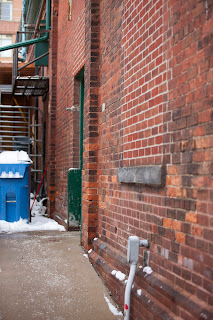 Only a psychopath would not be horrified by the case of Kermit Gosnell.  He is on trial for eight counts of murder after an FBI raid on his "women's health" clinic. The allegations surround Gosnell, who was a doctor but not a qualified OB/GYN, performing abortions after the Pennsylvania state's 24-week limit and killing seven viable babies by snipping their spinal cords. Additionally, a woman died in his clinic from an overdose of anaesthesia. The court has heard appalling accounts of a filthy, substandard clinic with unqualified staff. The court has heard that Gosnell preyed on vulnerable, poor women who struggled to access birth control and early abortion.

There has been much vocal anger from prolife and prochoice commentators about the lack of media coverage this awful case has received. In a testament to the power of social media, the Gosnell case is now getting far more airplay across the board. It was astounding that this has been largely ignored by left- and right-leaning media, all of whom would get agenda-pushing mileage out of it. Interestingly, I first heard about the Gosnell case in 2011 via Amanda Marcotte, a prochoice journalist, but that may just be a reflection on the online circles in which I move.

In any case, the Gosnell case is now out there and it is a shocking example of multiple failings at every level.

Gosnell redefined the back alley abortion by conducting illegal, dangerous, unsanitary procedures in a clinic with massive signage on a busy street. He hid in plain sight.

The court is hearing accounts of foetal remains stored in freezers, bags and jars.

Further allegations would indicate that it wouldn't matter what sort of doctor Gosnell claimed to be, he was not meeting the standards one would expect in a developed country.

It has been alleged that the clinic smelled of animal urine because cats were allowed to roam freely inside. It has also been alleged that instruments were not properly sterilised, disposable medical items were re-used and furniture and blankets were bloodstained. None of this is acceptable in any sort of medical facility.

At a Pennsylvania state level, there were further failings that allowed Gosnell to slip through the net for so long.

In the state of Pennsylvania, there are no laws against impersonating a physician.

This is a case that should resonate around the world. Pennsylvania's 24-week limit is the same as UK abortion laws (with the exception of Northern Ireland). That is a sane abortion law but in Pennsylvania, it does not appear to be supported by essential regulation to ensure high standards are maintained in the state's clinics. I'd like to think that a British Gosnell would not be allowed to practice in any sort of capacity as a women's health specialist, whether that involved providing abortions or not.

Sometimes big government isn't necessarily a bad thing. In the case of regulating abortion clinics, it is essential. Britain combines regulation with free access to birth control, abortion and counselling. As a result, 91% of UK abortions happen in the first trimester. The only abortions that happen after the 24-week mark in the UK are for medical reasons. The law is quite clear and quite strict on this.

Abortion clinics in the UK are not overrun with heavily pregnant women demanding elective abortions on a whim. This is a ridiculous myth. In the case of Gosnell's desperate patients, they underwent awful procedures in situations where true choice was sadly lacking. A late-term abortion, for whatever reason, is not a pleasant, pain-free experience. Medical need or extreme desperation are pretty much the only two reasons why they happen.

Meanwhile, in Ireland the inquest into the death of Savita Halappanavar is taking place. Savita was 17 weeks pregnant when she died at Galway University Hospital where she presented with serious back pain. It is claimed that in the seven days she was in hospital, her cervix dilated, she leaked amniotic fluid, she was denied an abortion because there was a foetal heartbeat present, and was told Ireland is "a Catholic country" (Hint: It's not. There's no state religion). Savita died of septicaemia on October 28 last year. Argument rages on as to whether terminating her pregnancy might have saved her life.

If she was in Britain or Pennsylvania, she would have been within the legal time limit for an abortion, but the standard of care might have varied considerably between the two places, especially if she had the misfortune to be a poor woman living in Gosnell's neighbourhood.

In short, women deserve better than Gosnell. As a prochoice, I'd argue this means access to birth control, comprehensive sex education and timely abortion. The Gosnell case is also a wake-up call for fighting poverty and all that entails. It is a wake-up call for society to do better by women in vulnerable situations. Vulnerable pregnant women need to be able to make educated choices, whether that means abortion, motherhood or adoption. Such choices should be made with support and without stigma.

As a prochoice, I don't believe the Gosnell case is a reason to ban all abortion. As a human being, I believe it is a call to ensure all healthcare providers are operating hygienically and within the law.


Image courtesy of www.kozzi.com
Posted by Georgia Lewis at 10:26