Dear Mr Hammond, a few questions on behalf of Wimbledon constituents before the election...

I know that I could email you directly, as I have done so in the past, and that you would be obliged to respond as I am one of your constituents, but I'd like my questions in regard to your campaign leaflet to be asked and answered publicly in the interests of transparency. I'm sure you have no objections to such openness during this election campaign. Feel free to post your answers in the comments section at the end as I am sure plenty of constituents will be interested in what you have to stay. Let's start, shall we? 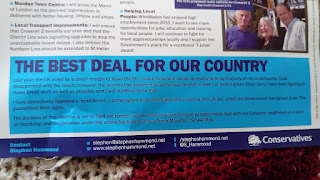 1. Why is the bit about Brexit in hard-to-read blue-on-blue at the bottom of the page and why is it not included in the top five priorities? Leaving the EU is the biggest political, economic and social upheaval of our lifetimes, and the constituency of Wimbledon voted overwhelmingly to remain in the EU, so surely it deserves more than this cursory effort? You claim to have "consistently opposed a hard Brexit" yet you helped Theresa May wave through Article 50. Given that today the story has broken about Theresa May's disastrous and embarrassing dinner with Claude Juncker, it is obvious she is not competent enough to lead such complex negotiations. Why should we trust Theresa May not to send us over a hard Brexit cliff or potentially leave us with no deal and therefore calamitous WTO rules? 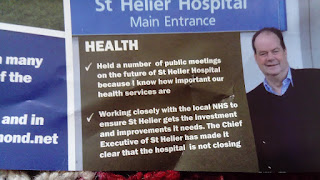 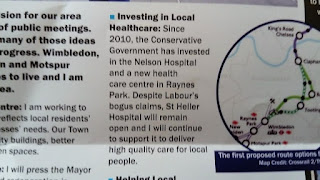 2. In 2012, you voted for the Health and Social Care Act. This act led to the creation of Clinical Commissioning Groups (CCGs) to make decisions at a local level. It is the CCGs who will decide the future of St Helier Hospital, not the hospital chief executive, so why have you not included any reassurances from Merton CCG? While holding a public meeting is a great way to create warm, fuzzy feelings of doing something, what have your public meetings achieved? How many CCG meetings have you personally attended? If you have attended any CCG meetings, did you ask any questions about the future of local health services? If so, what questions did you ask and what responses did you receive?

3. Why have you referred to the Nelson Health Centre as the Nelson Hospital? It has not been functioning as a hospital for quite some time now. It is not exactly a busy facility. Are you campaigning for the centre, or the Raynes Park health centre, to include a walk-in clinic to relieve pressure on local GPs and A&E departments? Our area has lost a walk-in clinic with the closure of the Wilson Health Centre in Mitcham. This means our nearest walk-in clinic is in Teddington, a six-mile drive or public transport nightmare from Wimbledon. Do you think this is acceptable? 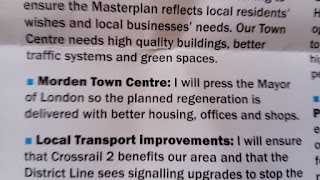 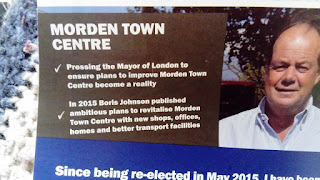 4. Did you press the previous Mayor of London, one Boris Johnson (Conservative), on the planned regeneration of Morden town centre or are you just pressing Sadiq Khan, the new, Labour mayor? Boris Johnson's 2015 plan achieved nothing. Indeed, Boris wasn't even interested in Morden tube station being rezoned as Zone 3 rather than Zone 4, which would have saved commuters money. Is this something you're interested in campaigning for on behalf of cash-strapped constituents?

You have been the MP for Wimbledon since 2005 - you have had 12 years to campaign on behalf of Morden, and in five years I've lived here, the town centre still looks much the same. Can you please furnish us with some details of your tireless campaigning for Morden and any achievements? 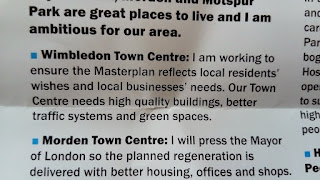 5. Again, you have had 12 years as MP to improve the Wimbledon town centre. What have you been doing during all that time in regard to improving the area? I lived in Wimbledon in 2011 and, like the Morden town centre, it still looks much the same now as it did then, save for the moving of a statue. What is taking you so long? Exactly what does your pro-Wimbledon town centre campaigning involve and what results have you achieved since 2005? 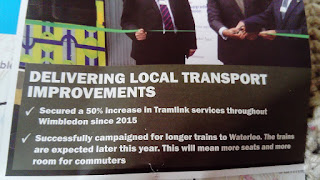 6. The Rail Accident Investigation Bureau has found that in last November's Croydon tram crash, in which seven people were killed, the tram was travelling at 46mph in a 13mph zone. Is it worth trumpeting about 50 per cent more services when there has been a fatal accident on a Tramlink tram? Where is your concern for the victims, or do they not matter because they all lived outside the constituency? Is the push for more frequent tram services compromising passenger safety along the entire Tramlink lines? 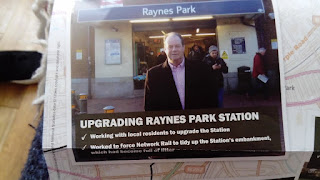 7. OK, it's nice that the litter has been cleaned up from the embankment but, again, Raynes Park station has not changed one iota since I moved to the area in 2011. It is still terrible for disabled people, the platform still makes the train really hard for people to get on and off safely, the toilets are still terrible, there is still nowhere to change a baby's nappy. And, again, you've been the MP for 12 years. So I ask you, what have you been doing all this time in regard to improving Raynes Park station?

Transport: Crossrail 2 and the tube 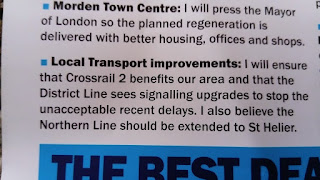 8. Crossrail 2 will benefit the area as it means we will have another form of transport. It is impossible for such a major project to be undertaken without any disruption. Indeed, if Crossrail 2 results in a complete rebuilding of the Wimbledon Centre Court shopping centre, that would be a good thing. Do you not agree it is currently cumbersomely laid out? Do you not agree that the food court is now just an embarrassment? It has been reduced to a McDonalds, a defunct yoghurt stand and a photo booth. Would an overhaul of the shopping centre not draw in new businesses to the town centre?

9. While Wimbledon is undergoing work in regard to Crossrail 2, whenever that may be, will you campaign for businesses to consider relocating to Morden temporarily? This could give Morden the shot in the arm it needs to regenerate and improve the diversity of businesses on the high street.

10. Do you have any costings on extending the Northern Line to St Helier or is this merely a belief? The Northern Line extension to Nine Elms and Battersea Power Station from Kennington will cost £1.2 billion so that might help you come to some sort of realistic figure. Where will this money come from? 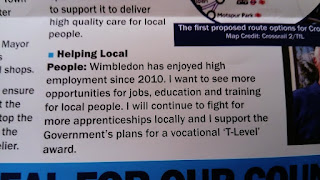 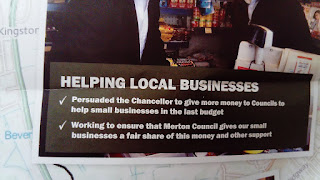 11. My questions are about to come full circle...

As per one of my Crossrail 2 questions, will you be encouraging more businesses to set up shop in Morden town centre? This is not just about temporary shops during Crossrail 2 construction but also long-term businesses on a high street that has not changed on your watch in at least six years.

12. Are you confident that Theresa May will negotiate a Brexit deal with the EU that will not adversely affect local businesses? What evidence do you have for your answer?

Thank you for your time and consideration, Mr Hammond. I look forward to your responses to my questions as a concerned constituent.

(You have my address, I have written to you before and I am obviously not going to publish it here)