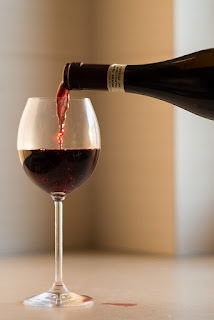 Way to kill the long weekend buzz, Theresa! There we all were, eating chocolate and hot cross buns, getting drunk, and generally enjoying a four-day weekend when - BOOM! - the Prime Minister calls another sodding election.

Theresa May strode out the front of 10 Downing Street looking for all the world like she was about to declare the Hunger Games open, and took on an increasingly megalomaniacal tone as she announced that on 8 June, Britain is again going to the polls. Whoop-de-doo! She won't give a flying fuck if there is a low turnout due to sheer voter fatigue as long as she can shore up her majority and continue to drive us over the hard Brexit cliff.

It has been said already that she is gambling on an increased majority to quell the noisy Eurosceptic Tories but that would depend on how many Eurosceptics end up getting elected. She may well find herself with more hard Brexiters to contend with on her side of the house.

Her delusional rhetoric about how the country is united behind Brexit but Westminster is not is laughable. Or it would be if it wasn't so damn effective. For weeks now, she has been implying that if you are not 100 per cent behind her car crash of a Brexit, you hate this country and you are an unpatriotic scoundrel who probably uses bunting for bog roll.

Of course this is some serious short-termism on the part of Theresa May. She can bang on until she is blue in the face about how a Conservative victory will give her a strong Brexit mandate but basically she is pouncing on her 20-point poll lead. She knows she can win this thing in the next few weeks. She is out-UKIPping UKIP so those votes are hers, except for a few hardcore racists, there are the safe Tory seats that she can still count on, there will be Labour seats that will fall to the Conservatives - and she knows there are plenty of ardent remainers who cannot vote for Corbyn and won't vote Tory, but she is banking on there not being enough of these people to topple her.

The simple fact is that  Corbyn has never been pro-EU, has so far enabled Theresa May's hard Brexit, and he has outed himself as drinking the moronic lefty Brexit Kool-Aid. His recent comments on how great a post-EU Britain will be show he is trying to scoop up UKIP votes by being the third choice for UKIP voters after UKIP and the Tories. He has all the political acumen of a slow-learning kitten and, as such, he is a gift for the Tories.

If Labour lose the election in the predicted landslide, one can only assume that will be the end of Jeremy Corbyn's leadership. Or will he be the party's unflushable turd? If he does step down after an electoral annihilation and someone who is not a Russia-and-Iran-and-Venezuela-and-Cuba-dictatorship apologist nor an overgrown student protester is put in charge of Labour, that may well give Theresa May something to lose sleep over. But not for now. And "for now" is her focus.

"For now" means that not only can she capitalise on Corbyn's terrible polling but she can also nip the threat to the Tories by Arron Banks in the bud. I'm sure she will pull something out of her craven bag of tricks to appeal to the worst racists.

For the remainers who would not trust Corbyn to lead Brexit negotiations any more than they'd trust May and her incompetent clown car of Boris Johnson, Liam Fox and David Davis on such a massive task, this election is quite the pickle. (Disclaimer: I count myself to be in that pickle).

There will be plenty of voters willing to overlook Liberal Democrat leader Tim Farron's religious conservatism on abortion - after all, he has not shown any signs that he would override the pro-choice views that prevail within the party. He abstained on the same-sex marriage vote and now says he regrets that decision and would now vote in favour. People seem to be forgiving of him on these two issues. Whether there will be enough voters to forgive the party as a whole for the 2010-2015 coalition with Conservatives remains to be seen. It is on that issue that the potential success of the Liberal Democrats will hinge in this election.

Will the Greens gain any traction or are they a step too far to the left for many of those who will vote to oppose - or at least soften - Brexit? Brexit casts such a long shadow over pretty much every aspect of policy-making that for many, it will be impossible not to vote with this as the foremost issue. For those who voted remain, there will be some serious nose-holding in polling booths across the country on 8 June.

In any case, on any given day between now and 8 June, it will never be too early to start drinking. What a time to be alive!


Photography by Wojtek Szkutnik
Posted by Georgia Lewis at 06:31