Vegetables and the age of entitlement 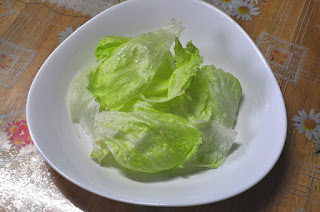 Spanish spinach. Spanish peppers. Dutch tomatoes. Dutch onions. Irish mushrooms. These vegetables all found their way into the pasta sauce I made for dinner last night. They were all readily available for a reasonable price at the supermarket yesterday afternoon. This is despite the signs on empty or near-empty racks apologising for a shortage of other items of fresh produce because of climate conditions in southern Europe.

In unsurprisingly idiotic news, the Daily Mail and the Daily Express lost their collective shit over this, whining about vegetable price increases. Yesterday's Mail splashed with pictures of well-stocked supermarkets in continental Europe while we suffered here in Blighty with sad emptiness in our fresh produce sections.

Sheeple of Britain! Be woke! Those terrible Europeans are denying us our God-given right to eat cheap iceberg lettuce, courgettes, broccoli and aubergines at all times of year!

But surely the Mail and the Express, two of the emptiest vessels making the most noise on behalf of the Brexit campaign, should be welcoming these scenes of vegetable rationing in our supermarkets. Why aren't they delighted that Britain is having to import vegetables from California and Arizona to fill our supermarkets and our bellies? Why aren't they thrilled that Spain is keeping more fresh produce for itself rather than sending it all our way?

After all, this is what they convinced people to sign up for when they voted to leave the EU.

Without free trade with Europe - and this will happen with a hard Brexit - European countries will charge us more for the myriad fruit and vegetables that we currently enjoy even when they are out of season.

We will have to rely on markets further afield, such as the warmer states of the US, to make up for any shortages, and there will be increased costs and an increased carbon footprint. Even if Theresa May can get Britain a good free trade agreement with the US (excuse me while I laugh so hard my bladder explodes...), the cost of transporting fruit and vegetables from the US to here means it won't necessarily be any cheaper - and those costs will be passed onto consumers. Fruit and veg growers are businesses, not charities.

As well as the rank hypocrisy of pro-leave newspapers whining like fussy-eater toddlers about direct consequences of leaving the EU, the vegetable furore shines a light on our collective sense of entitlement. The howls of protest in supermarkets across the nation when suddenly people couldn't access whatever vegetable they wanted are pretty pathetic when considered in a global and historic context.

There was a time in Britain when lettuce was generally only available from mid-May until the end of October. This weekend, we have people panic-buying lettuce.

We are now accustomed to simply popping down to the supermarket and expecting all the produce to be there all the time. Sure, some of us prefer to buy from the independent greengrocers, the farmers' markets or grow our own, but overall, we expect to see everything from asparagus to zucchini every time we pop into the shops, whether we want to buy it or not. We are ridiculously privileged.

The age of entitlement is right there for all to see in Sainsbury's, Tesco, Morrisons and Asda stores up and down Britain, and in supermarkets of developed countries around the world.

Indeed, in my native Australia, I grew up with the rise of all-year-round fruit and veg in supermarkets. Supply grew along with the Australian palate growing up. I remember, with retching horror, the khaki-coloured, flaccid tinned asparagus of the 1980s. But I rediscovered asparagus as an adult in its fresh, green glory, pan-fried in butter, wrapped in proscuitto, maybe sprinkled with a little grated fresh parmesan, available at Sydney supermarkets whenever I wanted...

It wasn't until I moved to Dubai in 2006 and was working on an entertainment and lifestyle magazine that it really occurred to me that asparagus season was a thing. I started getting press releases in May from five-star hotels with asparagus promotions at their restaurants. I had to ask my British colleagues why I was suddenly overrun with asparagus press releases and I discovered that asparagus season runs from St George's Day - April 23 - until the June 21 summer solstice.

Asparagus season seemed so quaint to me at the time, but we now expect to have all the fruit and vegetables at all times. The very notion of produce being in and out of season, and hard to come by when it's not in season, seems pretty damn retro too. Just as well the bad weather on the continent only represents a blip to our entitlement to the vegetables of Europe. Oh, wait...


Photography by whologwhy/Flickr
Posted by Georgia Lewis at 09:44