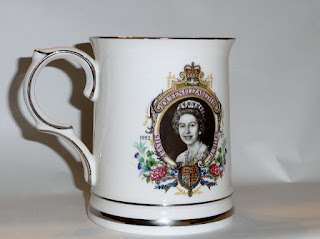 Reports emerged around Christmas that Queen Elizabeth II said she was in favour of Brexit but BBC political editor Laura Kuenssberg did not report it at the time. This news story got lost in the speculation as to whether she was actually alive and not spending the festive season getting embalmed when she was meant to be at a church service.

In the meantime, Buckingham Palace confirmed that the Queen is indeed still alive, but there were some shrill voices screaming about BBC bias because Laura Kuenssberg did not report the story before the referendum. She did not report the story because she only had the one source and, for a story as potentially explosive as the Queen expressing a clear view on such a contentious issue, this was quite simply not enough to run it.

Without a second source, the story was on very shaky ground. Laura Kuenssberg followed good journalistic practice but she was still slagged off, particularly by those who favour leaving the EU. Brexiters were whining that she didn't report it because the BBC is pro-remain and if people knew the Queen supported Britain leaving the EU, that would tip the vote in favour of voting out.

For a pro-remain broadcaster, the BBC sure as hell gives Nigel Farage a lot of airplay... But I digress.

I trust every Brexiter who got a bit excited because the Queen might favour leaving the EU is a republican. After all, pesky "unelected" people seemed to be a cornerstone of every pro-leave argument and a post-Brexit republic would mean the unelected Queen would become a private citizen and vote like the rest of us can. Or she could run for office herself and her popularity and world view could be put to the test at the ballot box. And how about some House of Lords reform with an elected upper chamber while we're at it, eh? Wouldn't that be just lovely?

Of course the "unelected people in Brussels" argument is bunkum because we do vote for MEPs. But we are now in a post-fact, post-expert idiocracy.

And it is a post-responsibility idiocracy if low voter turnout in Britain for European elections is any indication. God forbid anyone take an interest in voting for those who represent us in Brussels. As a result, we ended up with gravy-train-riding UKIP MEPs not turning up for important votes despite these self-serving hypocrites telling us at every opportunity that they were our "eyes and ears in Brussels". It would seem our eyes and ears did not very often extend to being bums on seats.

In the meantime, MEPs from other parties did plenty of good work that was seldom reported in the British press and engagement with constituents by MEPs was poor. If the hounds of Article 50 are released, we won't get a chance to forge closer links with our MEPs or demand better media coverage of their work, or, I dunno, take some bloody responsibility and seek out information on what our MEPs are doing - it's actually not that hard to find if you have an internet connection and a functioning brain stem.

But back to the Queen...

If you're a monarchist Brexiter, is one of your pro-monarchy arguments that the Queen is above politics? If so, you might want to really think hard before getting too excited about a Brexit-loving monarch on the throne. If she did express a view on the referendum, she is clearly not apolitical so that's that pro-monarchy argument shot to pieces. If Laura Kuenssberg had a second source, it would certainly be in the public interest to report it.

Kuenssberg's source claimed the Queen said: "I don't see why we can't just get out. What's the problem?". Good Lord. The problem is that this is exactly the kind of ignorant, simplistic statement that helped a bullshit-ridden, cynical leave campaign win against a complacent remain campaign in the first place. If the Queen really said such a stupid thing, she is like millions of other people in this country who seem to think leaving the EU will be easy-peasy and that trade deals can be easily done over a cup of tea and a slice of Victoria sponge.

Whatever the hell Theresa May meant by a "red, white and blue Brexit", one thing is clear. We are gearing up for another year of extreme levels of stupidity, possibly starting at Buckingham Palace. The other certainty is that Laura Kuenssberg will continue to be a responsible journalist but that won't stop elements of the left and the right criticising her without ever bothering to do a proper content analysis of her work.

2017: my expectations are very low indeed.