An oath for oafs 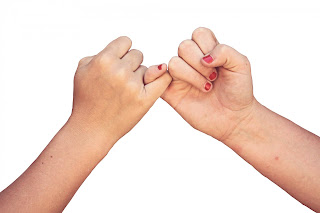 Sajid Javid simply loves the idea of an oath of allegiance to British values! He is all excited after reading Dame Louise Casey's report on social cohesion because it recommends public office-holders take such an oath. Elected officials, civil servants and council workers would be expected to take this oath, should it ever become a requirement, according to the report.

But Sajid has taken an already scarily Orwellian idea one step further and said that all migrants, not just those seeking UK citizenship, should take the oath.

Yep, he is mad about the oath. Sajid would rather talk about this oath instead of, oh, I dunno, his own decision to vote against landlords requiring their properties to be fit for human habitation while he is an actual landlord. But, hey, letting hard-working people pay through the nose to live in squalor is clearly a British value! Am I right, Sajid? Jolly good show, old chap!

Hell, he is so keen to advocate for an oath that he has even started spitballing a few ideas for it. What a guy! I am so glad that as a permanent resident of Britain, owner of property in Britain, married to a British citizen, working, paying my taxes and voting in Britain, that Sajid is here to tell me how I can best direct my loyalty.

Sajid said the oath might include phrases such as "tolerating the views of others even if you disagree with them" as well as "believing in freedom of speech". OK, fine. So I have the freedom to say I find the vile and racist rantings of, say, Anjem Choudary or Jayda Fransen are utterly repulsive but I still must "tolerate their views"? I have zero tolerance for racism. If I had to take this oath, would I really mean it? What would happen to me if I publicly said I didn't tolerate the crap people like Choudary and Fransen come out with it? I'd be exercising my freedom of speech, as per the oath, but breaking the bit about tolerance.

"Freedom of religion" was another of Sajid's helpful suggestions. Yep, you can believe in whatever deity you like but what about freedom from religion? I am unimpressed, for example, that certain politicians voted against marriage equality with their religious beliefs being a factor in their decision. I find that sort of church-state crossover hard to tolerate - whoops, there I go again, being intolerant! Indeed, while we're talking about religion, would I be breaking the oath if I dared suggest that it is high time the Church of England was disestablished? If I say so, am I breaking the bit in Sajid's imaginary oath about believing in freedom of religion?

Sajid also suggested "freedom from abuse". If he means physical abuse, we already have laws against assault, rape and murder. These are laws everyone is expected to obey, whether or not they are a public official or not, and regardless of whether they were born here or came here from somewhere else.

Or does he mean verbal abuse? If so, there are already laws against hate speech and death threats? Do the anti-hate speech laws contravene the "freedom of speech" part of the oath? Honestly, Sajid, this is a minefield! It's almost as if you're making this up as you're going along rather than thinking it through rationally.

Then Sajid said "a belief in equality, democracy and the democratic process" should be chucked into the oath which, the more I think about it, the more it starts looking like having about as much credibility as a pinky promise. Sajid, we currently have an openly misogynistic homophobe on the Commons Women and Equalities Committee in the form of Conservative MP Philip Davies. This is a man who this week tried to filibuster a bill to ratify the Istanbul Convention because men are victims of domestic violence too - even though the convention covers violence against men and women. If only there was a senior woman in the Conservative Party with the power to prevent ridiculous appointments to committees...

As for a belief in "democracy and the democratic process", sure, I can get on board with that. My belief in democracy extends to believing that the monarchy is undemocratic and has no real place in a modern society and that the House of Lords needs urgent reform. I am, apparently, free to say this but does the oath cover democracy and the democratic process as it currently exists or is there some wiggle room on that one, Sajid?

And finally, he suggested "respect for the law, even if you think the law is an ass". So this oath would mean that we must respect all laws at all times, no matter what? Blind loyalty for the win, eh Sajid? What if a public official who had to swear this oath found that stupid laws made their job impossible or compromised safety or would put a vulnerable person at risk? How would swearing to this part of the oath help whistleblowers who expose things that may well be legal but are morally wrong or dangerous or just plain ineffective?

Sorry, Sajid, you're going to have to work much harder to convince me that this idea for an oath is not just creepy and chilling, but also that it is not completely and utterly useless. Would this sort of lip service really help different groups in communities come together or get along better? Would this prevent a single act of terrorism? Nope. And nope.

What I do know is that I have lived here long enough to know this sort of forced patriotism, this ridiculous, ill-thought-out jingoism is just a stupid distraction by Sajid Javid and if it ever happened, it would not do a damn thing to improve anything.