The lynch mob mentality is back. But did it ever really go away? 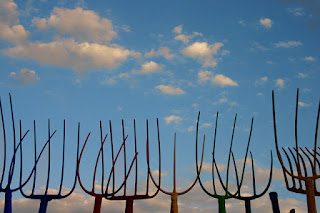 Gina Miller has received death threats, rape threats and utterly appalling sexist and racist abuse. This week a 55-year-old man from Swindon has been arrested over threats he is alleged to have made towards her.

And some people who disagree with Miller's role in using the court system to challenge the government on the way Article 50 should be triggered for Britain to the leave the European Union are actually apologising for the people who have made these threats.

"What did she expect? She was asking for it!" has been the tone of the apologists. The same mentality that blames rape victims for their own attacks is now being applied to a woman who has every right to mount this challenge to Theresa May's increasingly useless government in regard to how we should leave the EU.

Bear in mind the court challenge is not about keeping Britain in the EU, it is about putting the vote before parliament before triggering Article 50. Many Brexiters, despite banging on for months about sovereignty before the referendum, are now terrified of a ruling by Britain's independent judiciary that would mean our democratically elected members of parliament vote on how we should best proceed with the most monumental change to Britain's place in the world in our lifetimes. Miller and her fellow challengers are calling for the very model of British sovereignty to be used to start proceedings. Therefore it would appear that for many Brexiters, they only like sovereignty when it suits them, or they don't actually know what sovereignty means.

In short, Gina Miller has - for making the case for Britain's exit from the EU to go through parliament - received death and rape threats. And people are saying she should have expected this.

No. Nobody should expect death and rape threats for having a different point of view. Miller should expect robust debate, certainly, but never death or rape threats. That is absolutely disgusting. In the year when Jo Cox MP was murdered for having a different political opinion to her killer, it is quite right that death and rape threats are taken seriously. We now know there are people out there who are barbaric enough to act on such threats.

Over in the United States, Kellyanne Conway, Donald Trump's campaign manager, has also received death threats. And I have seen people with similar political views to my own take the same line elements of the political right have taken in the UK, that Conway is also deserving of death threats.

No. She is not. I am pretty sure I disagree with Conway on most issues, I do not see her a a feminist role model for helping get a self-confessed sexual predator into power, but do I think she deserves death threats? Absolutely not. She should expect to be challenged on everything she says, she should expect to be pilloried on Saturday Night Live, but she should not expect anyone to express an interest in killing her.

When you know someone might want to kill you, it is absolutely terrifying. It is distressing, it erodes your trust in other people, it means you never quite feel safe. It is an awful punishment, a cruel psychological torture, and certainly not a punishment to fit the crime of having a different point of view. It is quite right that any civilised legal system takes death threats seriously.

The referendum result and the Trump victory in the US seem to have emboldened pitchfork wavers on both sides of the Atlantic.

But I am now starting to wonder if the pitchfork wavers ever went away. Are human beings in general even as civilised as we like to think we are? Multiple genocides have taken place since the world was shocked by the events under Adolf Hitler in WWII. And death penalty abolition is a relatively recent phenomenon in the context of centuries of history.

When the death penalty was abolished in Britain, it took immense courage for members of parliament to do so in the face of much public opposition. After centuries of British history, in which so many people were lost to hangings, burnings at the stake, beheadings and obscenely imaginative torture, 1965 and 1973 marked a new era of modern civilisation. Our EU membership depends on not having the death penalty. Once we leave the EU, I would not be at all surprised to see renewed calls for a return to capital punishment. The possibility, no matter how remote, of Britain enjoying the civilising factor of no capital punishment for less than 100 years before it is swept back into the law books on a tide generated by a lynch mob mentality is sickening.

And when we start accepting that outspoken people, and particularly right now, outspoken women, should expect death threats for daring to express polarising opinions in public, we regress as a society. We start picking away at the threads that hold society together, the threads that keep us civilised, that prevent us from turning into brutes and savages.

Right now, those threads are more delicate than ever before.