Kim Kardashian bound and robbed at gunpoint. The hilarity. 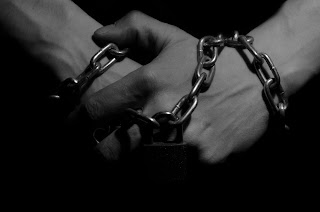 It is one thing to be nonplussed by the story this week that reality TV star Kim Kardashian was bound and robbed at gunpoint in Paris. But it is quite another to be openly gleeful about this turn of events and to publicly express one's joy at a wife and mother of two young children becoming the victim of violent crime.

"But she was asking for it, tweeting all those photos of her jewellery, flashing her wealth around like that..."

People who wouldn't dream of blaming rape victims for their own rape have blamed Kim Kardashian for her own robbery. But the most she is guilty of is bad taste and ostentation when she tweets another fabulous gemstone. You may find this obscene when there are people starving, but it's not justification for violent crime. Hell, people who wouldn't know one end of Twitter from the other get robbed of their valuables. Quiet people get robbed. Discreet people get robbed. Anyone who an opportunistic thief might suspect as having stuff they want can get robbed.

Jodi Foster, for example, would probably sooner drive a clown car to Mars than tweet a picture of her jewellery but it is well-known that she is a wealthy woman. Yet if she was bound and robbed at gunpoint, she would probably elicit more sympathy than a Kardashian.

My husband has expressed concern for me when I wear my engagement ring on public transport. The ring is not necessarily worth much financially but sentimentally, it is priceless. It is my grandmother's ruby and it is not a subtle ring. If some lunatic cut my ruby-clad ring finger off or made me hand it over at gunpoint while I was minding my own business on the tube, people would probably have plenty of sympathy for me. I've tweeted pictures of this ring. I wear it in public most days. Would I too be asking for it?

"She is just another useless reality TV star. Who cares?"

Welcome to fame in the modern world. This is a world where high school students view "reality TV star" or "YouTube sensation" as valid career choices. We have fed the beast by watching the TV shows, clicking on the YouTube link, reading about these people in newspapers and magazines and online, talking about them as if we know them personally. We have created the public interest for this sort of thing.

"But people get robbed all the time and it isn't front page news!"

Do you even understand how the media works? Stories that are considered to be of interest to the readers, viewers and listeners will get airplay. See the above point for why Kim Kardashian's robbery is more newsworthy than the bloke down the pub who had his mower nicked from the garden shed.

There are limits to how many stories any given news outlet can cover and it is up to news editors worldwide to make judgement calls on what will be published or broadcast, what gets priority, what the balance of subjects will be on any given day. Naturally people get upset if their pet cause doesn't get the attention they think it deserves but these people don't work as news editors and have no idea what the job entails or the competing pressures that are involved.

And the onus is also on everyone else, the consumers, to choose what media outlets we go to for our information. Don't want to read about Kim Kardashian? There are plenty of places to go where you will never see a Kardashian story. And guess what? Thanks to the miracle of the internet, you can usually share stories you deem more worthwhile really easily.

Take some responsibility for your choices rather than passively whining about "the mainstream media".

And the Kim Kardashian robbery is newsworthy, especially if you live in Paris. If I lived in Paris, I might want to know that there is a gang of audaciously violent thieves out there.

Yes, there are people out there suffering more than Kim Kardashian probably ever will. But the outpouring of joy over an incident that could have ended in her death is gross. It has degenerated into people publicly wishing she was raped or murdered. Where the hell is our basic humanity?

Sometimes I wonder if we have evolved that much from the days of throwing Christians to the lions for entertainment.