Keith Vaz and the veneer of respectability 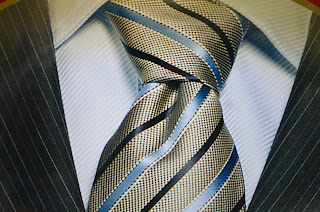 Everything old is new again. There is a Conservative woman at 10 Downing Street. The opposition leader is reminiscent of Michael Foot. I keep seeing teenaged girls in jeans similar to the ones I wore in about 1986. And, thanks to Keith Vaz, we have a good old-fashioned MP sex scandal all over the front pages once again.

Vaz has a long history of slipperiness. Time and again, he has remained in politics despite multiple scandals and became the Chair of the Home Affairs Select Committee. But this latest scandal, exposed by The Mirror, involving male escorts, may well be the one that brings him down.

Based on the available evidence, Vaz has not broken any laws in relation to prostitution. It is not illegal to pay for sex. Soliciting is only illegal if it happens in a public place. It is not illegal for the escorts involved to accept payment for sex when it takes place in private or if they visit clients on outcalls. It does not appear that anyone involved in the party was underage. As far as we know, nobody was coerced or trafficked, although plenty of people have been disturbed by the text message exchange published by The Mirror in which the group plans to get a fourth man involved and Vaz texts: "Someone will need to break him tonight."

The poppers he took were not illegal. In fact, Vaz helped see to that when poppers were left off the list of banned once-legal highs in the Psychoactive Substances Act 2016 and commented on their usefulness in facilitating anal sex. In the Mirror's sting, Vaz offered to pay for cocaine for two of the escorts but said he didn't want any himself. He could have been charged for carrying or buying the Class A drug if he had been caught handing over the cash in exchange for it or it was found on his person or in a bag he was carrying. But this does not appear to be the case either.

In short, most people are shocked because he has sold himself to the public as a married family man, a father of two who married his wife in a white wedding in a Roman Catholic church. Vaz himself is the one who created the veneer of supposed respectability.

Are we at a place in British society where the family man with a couple of kids is considered more respectable than an openly gay man? For the most part, most people probably don't give that much of a damn. Crispin Blunt, the openly gay Conservative MP for Reigate, outed himself as a user of poppers and this has not affected his political career. He is the Chair of the Foreign Affairs Select Committee. Ben Bradshaw is the popular, openly gay Labour MP for Exeter and his name is regularly cited as a potential leader, someone who might help steer Labour away from the hard left.

Coming out may not be considered an easy thing to do for a Roman Catholic man of Goan heritage. In India, homosexuality is still an offence and can be punished by a life sentence. It is unclear whether Vaz is gay, bisexual, likes men for sex but not necessarily for a relationship or whether sex with men is something he has started doing recently. We don't know if his wife knew any of this before the story broke, whether she was happy to help Vaz maintain his veneer of respectability (after all, she was heavily implicated in relation to interference with a citizenship application and a financial relationship with the Hinduja brothers at the centre of that particular Vaz scandal), or whether her inevitable embarrassment is now being compounded by complete and utter shock.

And the male escort sting may well be this scandal that finally ends his political career.

His backing of 42 days of detention without charge for terrorism suspects would not lose him too much support in these paranoid times. Like both Jeremy Hunt and Jeremy Corbyn, he has supported funding homeopathy on the NHS. This makes his an anti-science bunkum pedlar but it won't affect his career. He helped Anglo-Iraqi billionaire Nadhmi Auchi in his bid to avoid extradition to France to face fraud charges and he was a director of the British arm of Auchi's company, General Mediterranean Holdings. He has been suspended from the House of Commons for making false allegations about a former policewoman. He has been investigated by the Parliamentary standards watchdog over failing to declare several thousand pounds received from a solicitor. Shortly after being elected in 1989, he joined a march of Muslims in Leicester calling for Salman Rushdie's book The Satanic Verses to be banned. So he is also a pro-censorship buffoon.

But he has censored his own life, edited his public persona and now he may finally come undone.

And here is where it gets interesting, here is where we find out what really shocks the British public or, more accurately, what attitudes still bubble below the surface. If he was more open about his sexuality, there probably wouldn't be the same level of vitriol and shock.

The Mirror's revelations have revived calls for Vaz to step down for helping shut down a probe in the 1990s into allegations of child sex abuse by Lord Janner, the former Leicester MP who died last December. In April last year, it was decided that because of his advanced dementia, he was unfit to stand trial on 22 counts of child sex abuse. But to link a scandal involving gay sex to a paedophile scandal that is entirely unrelated to Vaz's personal life is to perpetuate the harmful, awful lie that all male paedophiles are gay or to consistently link homosexuality to paedophilia. If Vaz really did stop justice being properly served in relation to Lord Janner in the 1990s, he should have stepped down a long time ago, regardless of what he gets up to private.

To bring up Lord Janner now, tying it to Vaz's latest scandal, is bogus, it builds yet another pathetic veneer of respectability that is as hollow as the one Vaz created for himself.

Vaz is also being accused of hypocrisy in relation to the Home Affairs Select Committee's recommendation that laws on soliciting and brothel-keeping be relaxed. The report found that while there was no clear evidence that decriminalising sex work reduced demand, it would make it easier for sex workers to report crimes such as assault and make it easier for sex workers seeking to quit the industry to change jobs. The report also recommended zero tolerance on exploitation. Vaz was quoted as saying it is wrong to penalise and stigmatise sex workers.

Is his own use of prostitutes enough to constitute a conflict of interest? After all, if there was a parliamentary committee into the effectiveness of, say, the NHS, something we've all used in this country, it would be nigh-on impossible to find someone whose views on the state of the nation's healthcare had not been coloured one way or another by their own experiences, either positive or negative.

Perhaps Vaz would have been more useful to the inquiry as a witness rather than the Chair?

Will the unearthed disgust at unfaithful husbands, at using multiple male prostitutes at the same time, at the lurid details involving a cavalier attitude to condom use, and even deep-seated homophobia mean the end of Keith Vaz? He may well be a hypocrite but, as far as we know, he has not actually broken any laws.

His political career should have come to an end years ago. He has developed a startling ability to climb down from his mountain of scandals and to thrive. But I suspect this one may be a bridge too far in the court of public opinion. We'll see.

Photography by George Hodan
Posted by Georgia Lewis at 15:10