Ched Evans' conviction is overturned. Where do we go from here? 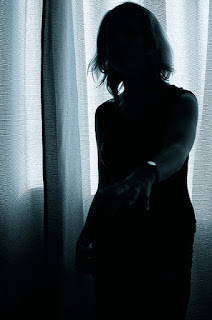 Girls and women who have been raped need to report rape. They need to feel safe, they need to be taken seriously, they need to be treated with dignity and respect. And, at the same time, the presumption of innocence until proven guilty is an essential pillar of the criminal justice system of any civilised society.

When it comes to rape statistics, we will never know for sure how many women are raped each year. It is well established that the crime of rape is underreported and, in many cases, girls and women do not realise they have been raped until a long time after the event and, because of the nature of the crime, the physical evidence is long gone and convictions are difficult.

Today, the headlines in relation to the terrible, thoroughly unedifying Ched Evans case, and subsequent overturning of the guilty verdict for rape, focus on the court admitting evidence about the woman's sexual history.

Section 41 of the Youth Justice and Criminal Evidence Act allows for evidence of this nature to be used in rape trials if strict criteria are met, where the evidence pertains to issues of consent and when the sexual behaviour of the complainant is so similar to the events of the trial that the similarity cannot be described as a coincidence.

In the Evans case, two witnesses came forward to testify that the complainant used the words "Fuck me harder" while adopting a position where she was penetrated from behind. One witness said he had sex with her in this manner the night before the incident took place and the other said this happened two weeks after the incident. Evans testified during the retrial that this reflects his experience on the night in question.

What is disturbing is that in the first trial, Evans told the court that he did not speak to the complainant before, during or after sex, yet in the retrial, the wordless encounter suddenly changes to one where she told him to fuck her harder.

There can be no further trials in relation to the events of 29 May 2011 in a Rhyll Premier Inn. And there have been calls to change Section 41 because it might deter future rape victims from coming forward. Given this has been splashed all over the papers, even though Section 41 is seldom applied, it is easy to see how rape victims who have led anything other than a life of saintly chastity may well be put off from coming forward.

But what is truly depressing here is that even if Section 41 did not exist, the treatment of the woman at the centre of the appalling saga is already more than enough to stop girls and women reporting rape. Personally, I find aspects of the text of Section 41 uncomfortable to read but even if it was repealed, I don't think complainants in high profile rape cases will be treated with any more respect.

Trolls have revealed the identity of the complainant in the Ched Evans case online on multiple occasions. Five times now, she has had to change her identity and move away. Twitter has become a particularly repulsive cesspit of misogyny, of loose interpretations of consent and of rape apology. At best, the complainant, waking up as she did with a vile hangover and, according to her testimony, having no recollection of the previous night's events, experience what Katie Roiphe described in her controversial 1994 book, The Morning After, as "regrettable sex".

And a night of regrettable sex, the kind of sex where you are not sure what happened, whether it was at all pleasurable and where you wake up in a pool of your own urine, should not be something that haunts you for the rest of your life. Even if you then make a rape complaint that ends up being overturned at retrial, you do not deserve to be constantly outed online, to be forever on the run, to be hiding your true identity whenever you make new friends or attempt to start a new relationship. The complainant in the Evans case has suffered and will continue to suffer. Anyone who is baying for her blood and demanding she be punished can rest easy. She is being punished on a daily basis.

And she is not alone.

The crime of rape is unique in the way victims are often aggressively targeted in a way that does happen with other crimes. If someone is robbed by someone they know, they're not likely to be asked what they were thinking recklessly letting that person into their house previously so they could see what was worth nicking and where it was kept. But if you're raped by someone you know, especially if you've consented to sex with them before or you're in a relationship with them, you could easily be made to feel as if you were somehow asking for it.

I was sexually assaulted in Dubai in 2006 when I was walking home from a film festival at an art gallery. I couldn't find a taxi so I started to walk, foolishly buying into the myth that it's a completely safe city for women. A man, who was sitting at a bus stop long after the buses had stopped for the night, pulled me off the footpath, put one hand down my neckline, the other up my dress, tore my tights and made a scratch on my chest. I managed to get away by elbowing him in the chest, throwing the burger I was eating at him and ducking under his arm.

I decided to report the crime, partly because I was not actually raped. Thus I knew I'd be safe from facing an adultery charge if the case was ever disproved in a court of law, which is a particularly terrible aspect of UAE law. When I made the initial call to the police, it was answered by an amateur, misogynistic Perry Mason wannabe who asked me what I was wearing, whether I was drunk, why I was walking alone at night and if I was making it all up. Luckily, a friend referred me to a very senior office in Dubai Police who took the case very seriously and was entirely respectful.

My attacker was never caught but I was glad that the incident did not simply wither away as yet another unreported sex attack in Dubai, where I am quite certain the sexual assault and rape statistics are artificially low. And friends who did not live in the UAE scoffed at how backwards it all was, how the Perry Mason wannabe was a disgrace, and asked if it was time I left the country, even though I'd been living there less than a year.

But in wake of the reactions to the Ched Evans case, and of people from across the world apologising for Donald Trump, it is clear there are very few places where girls and women are not made to feel ashamed for reporting sex crimes. There are still plenty of people out there with a very poor grasp of how consent works and are happy to dismiss vile behaviour of men towards girls and women as "locker room banter" or simply boys being boys, alpha men being alpha men.

Alpha men like Ched Evans who is still playing football for a living, is still planning to marry the woman on whom he cheated in a Rhyll hotel room, and is still hailed by many as hero...


Photography by Hessam/Flickr. Posed by a model in no way connected to the Ched Evans trial.
Posted by Georgia Lewis at 11:02