An open letter to anti-vaxxers 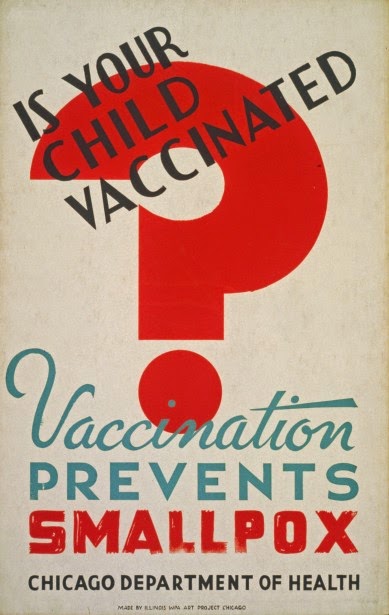 I know you think you mean well. You probably even fancy yourselves as nice people. Indeed, if I came across you as I was going about my business, we would probably have a perfectly pleasant interaction as long as the exchange didn't involve a discussion on vaccination.

But your willful ignorance, your desperation for a conspiracy theory, your refusal to listen to a world of science from incredibly smart people who do not actually have vested big pharma interests, and your obscene, privileged posturing make you and your ilk terrible people. Sorry, but by refusing to understand and accept the importance of herd immunity in eliminating horrible diseases, you are being dreadful.

By promoting your selfish, anti-science agenda, you are putting vulnerable people at risk. Children with cancer. Anyone with a compromised immune system. The elderly. Newborn babies. People with allergies to vaccine ingredients. Children who are in between vaccinations, such as the series of injections for whooping cough. A story I wrote as a young reporter back in 1996 was about a child who contracted whooping cough in between shots in rural Australia. The sound of her little lungs struggling with a cough that sounded like someone choking a puppy is not something I ever want to hear again.

Do you feel good about yourself now?

You are pontificating from a place of modern privilege. You probably don't remember the awful era when entire families were wiped out by measles. Or when polio forced children into iron lungs. Or when the horrific menace of smallpox killed millions of people. Or when there were no rubella vaccinations to prevent children being born with life-altering conditions? In the last week, people in Britain have been moved to donate more than £300,000 to help a 67-year-old man who was mugged outside his house. His name is Alan Barnes and he suffers from serious sight, growth and bone problems because his mother contracted rubella when she was pregnant in 1947. But ensuring girls are vaccinated against rubella prevents these conditions being passed on during pregnancy.

But diseases such as measles and whooping cough are making a comeback that is about as welcome as a new Dennis Waterman album.

Spare me your lies about vaccination causing autism. It doesn't. And even if there was a connection, which there isn't, it is appalling that you'd rather have a dead child than an autistic child.

Spare me your citing of the Merck case as a reason to not vaccinate. I know that Merck overstated the efficacy of vaccines. But Merck is not the sole manufacturer of vaccines. And this case does not mean all vaccines should be banned. Your own exaggerations are like calling for all cars to be banned because one car manufacturer had a recall.

Spare me your whining about the evils of big pharma. I am not an idiot. I know drug companies make money from vaccines. But so many eminent scientists who are not on big pharma's payroll have conducted study after independent study on vaccine safety and risks (and yes, I acknowledge that, like any medicine, there are risks but the benefits far outweigh any risks). Immunologists and epidemiologists know what they are doing. They know that while you are freaking out about formaldehyde, they know exactly how much is required to make a safe vaccine and they know that not all vaccines contain formaldehyde and they know there is more formaldehyde in a goddamn pear.

Spare me your "I didn't vaccinate and my kids are perfectly healthy!" rhetoric. You fail to comprehend causation and correlation. And if your anti-vax dogma stays with them into adulthood, they may not be perfectly healthy if they travel to a country where travel jabs are highly recommended and they contract something delightful such as typhoid or cholera. Perhaps if your kids go to places where diseases that are largely unheard of in your backyard - and contract those diseases for themselves - they might learn the error of your ways. But, Christ, what a way to learn that lesson.

Spare me your "But if your kids are vaccinated, why are you worried about my unvaccinated kids?" crap. Please at least try and understand herd immunity instead of being content to wallow in the arrogance of ignorance.

Do I come across as a bit rude? Do you feel as if I am shaming you for not vaccinating? Good. I am not here to spare your precious snowflake feelings because you are ignoring people of science who are way smarter than you or I, and you are instead devoted to a movement popularised by bloody Jenny McCarthy, and fuelled by stupid websites such as Natural Health News, Health Impact News and Mercola.

If explaining the importance of vaccinations to you through the lessons of science and history is not going to work on you, then I have no qualms about making you feel ashamed. If parents of vaccinated kids don't want your kids around, perhaps you can take the time you would have spent ferrying them to playdates to think about what you are doing to your kids and to other people.

You should be seen as a pariah, as someone who is on the wrong side of science and history.

Georgia Lewis, a successfully vaccinated member of society since 1976.