UKIP and the man behind the green door 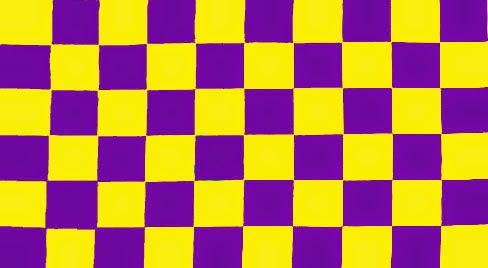 It is a house I walk past every time I walk to the tube station. Like my own house, it's a 1930s semi with bay windows at the front. Unlike my house, it still has the lovely original front door. And unlike my house, there is a poster stuck to the front window telling people not to deliver leaflets from any other political party because the occupant is voting UKIP.

I'd often wonder as I walked past who might live there. If I ever spotted the occupant in the front garden, would I have the nerve to ask them about the poster, to tell me what particular policies of UKIP they like so much? Would they eloquently defend UKIP? Would they end up telling me I'm OK, that I'm one of the immigrants "we like", which is always code for "white, native English speaker, not wearing a hijab"?

Today I got to find out who lives at the house with the cute green door. It was a humbling lesson.

I was doing my usual walk to the tube station, my attempt to keep vaguely fit and save Oyster card credit by foregoing a five-minute bus ride for a 15-minute walk, when I noticed the green door was open. I am a chronic sticky-beak so I took a peek. There were two builders standing in the doorway. Lying on the floor was an elderly man. He was pale, he was incoherent, he seemed agitated, he didn't appear to have all his clothes on even though it was a chilly morning.

The old man was clearly in trouble and the builders were desperately trying to get him on his feet. I asked if everything was OK. They told me they'd come over to remove his old conservatory, he'd struggled to answer the door and now he was on the ground. There was a nasty bruise on his forehead caked with dried blood.

I called the ambulance while the builders slowly got him on his feet, carried him to the sofa and covered him with a blanket, an attempt to restore some of the man's dignity. As I explained the situation to 999, I saw the house was a mess, it smelled of urine, soiled underwear was discarded on the kitchen floor, the peeling living room wallpaper was smeared with a large streak of dried blood, possibly from when he hit his head.

The paramedics arrived quickly and a neighbour who regularly checks on him turned up. More was revealed about the old man's life. The lovely neighbour said he is still quite active. The food in the fridge was still in date. His wife died last year at the age of 96. He is 91. There was a note from the council from a social services visitor who tried to see him last week because she was concerned about his welfare but there was no answer at the door. His family had visited him over the weekend. I wondered to myself why they didn't try and tidy up, maybe run a Hoover over the place or wipe down a few surfaces. Just as I'd made assumptions about the identity of the UKIP voter, I found myself judging people I'd never met.

By this time, there were four paramedics, two builders, the neighbour, the elderly man and myself at the house. We all tried to talk him into going to hospital to get the bump on the head checked out. He was not keen on the idea but in the end, he agreed to it. The paramedics did a spectacular job - caring, professional, patient - exactly the kind of people you'd want to treat you or your own elderly relatives.

And so, apart from popping into the council building before I got on the tube to update the social services department on the situation, my work was done. I'd like to think that anyone would have called the ambulance if they were confronted with the situation of an old man slumped in his own doorway. Please tell me society has not crumbled to such a point that walking on by would be the norm.

And my terrible curiosity about the identity of the UKIP voter was extinguished. The 91-year-old man came to the UK from Poland after WWII. Obviously, I did not choose that vulnerable, fragile moment in his life to ask him why he loves UKIP so much he put a poster in the front window.

I could have pointed out to him that if he arrived in the UK from Poland under a UKIP government, he would be forced to take out private health insurance and not be entitled to NHS care until he'd paid National Insurance for five years. I could have pointed out that there is nothing in UKIP's NHS policy that would prevent further marketisation of NHS services, which may one day result in us getting billed for ambulance journeys. Indeed, at St Helier Hospital, where he was taken, the non-emergency ambulances are already run by the stratospherically incompetent G4S and have caused a needless death.

But of course I did not do this. That would have been a dick move of gargantuan proportions. Instead, we should all be grateful we live in a country where he was treated promptly by highly trained, compassionate medical professionals and he did not receive a hideous bill for his trouble.

Unlike me, they had not spent any time wondering about the UKIP poster, or fighting an urge to knock on his door and ask him hard policy questions, or rolling their eyes at the thought of someone so keen on UKIP, they told the whole street about it via their front window.

They did none of these things. They simply treated him, without fear or favour, without making snap judgements about his politics, as they would any other patient who comes their way in the course of their working day. For that, I am humbled. We should all be vigilant in ensuring we can maintain this level of excellent care. I want to remain living in a country where medical treatment is not determined by wealth, immigration status or political persuasion.
Posted by Georgia Lewis at 14:46