We're at war with IS. So what now? 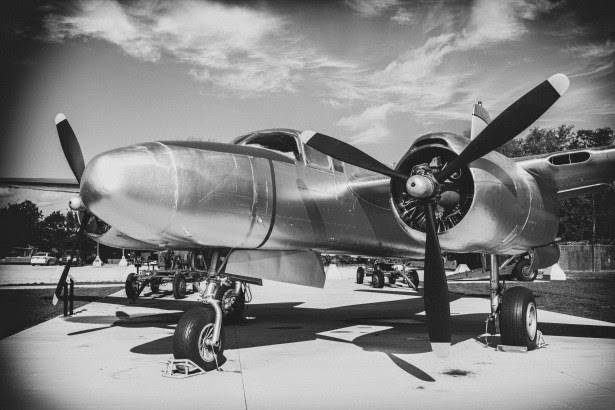 We are at war again. Gulf War Three. Because nothing much was really made better with Gulf Wars One and Two. But here we are again, starting with air strikes because they are more palatable to the public. Air strikes are very good at killing innocent people but don't worry your pretty little heads about that. After all, Bush and Obama have both been pretty prolific with their drone attacks over the last 13 years. This is nothing new. What are a few more planes between allies, eh? You can't make an omelette without breaking a few eggs and all that.

But the reality is that there will be boots on the ground. We can share pictures on social media all we like of the Emirati woman who pilots a fighter jet, we can rejoice in the poetic justice of a woman dropping bombs on vile excuses for men whose attitude to women is stuck in the Dark Ages, we feel comfortable with air strikes as a sanitised form of warfare. It is just like a computer game, isn't it? The fighter pilots don't look into the eyes of the people they kill. But air strikes are just the start in the war on IS.

If you have an appetite for this war, you need an appetite for the realities of ground offensives, of deadly foot patrols, hand-to-hand combat, guerilla tactics, of soldiers playing the awful balancing act of gaining trust among terrified communities while not trusting those who seek to destroy and maim us. This is what we are signing up for when we join this war.

The war against IS will not be quick and it will not be pretty. Given that air strikes did not root out Saddam Hussein from a pitiful hole in the ground or see off Osama bin Laden in a house in Pakistan, this latest conflict is bound to be more than a few planes dropping bombs. It could be argued that killing Saddam and bin Laden was a mistake as we will never know what intelligence died with them, but it's too late to reverse those decisions now.

Do we trust that this time things will somehow be different and the allies will be able to eliminate IS leaders and completely disable this latest evil? I don't know and I don't think our leaders do either. With the Syrian situation muddying the waters, it will make the job of determining who to trust and who to eliminate even tougher.

But in the meantime, we need to be far more reasonable closer to home. If I was a Muslim who had no desire to kill people - and I would include every Muslim I know in that category, both observant and nominal - I would be sick and tired of the constant calls for "moderate Muslims to speak out against the violence." As a religion of 72 sects, no one Muslim can speak out for all Muslims any more than one Roman Catholic or one Presbyterian speaks for all Christians.

And, secondly, here in the UK more than 100 Muslim leaders issued a statement to the Independent newspaper calling on IS to release Alan Henning, who we now know has been beheaded, as well as condemning the previous executions and challenging the IS interpretation of jihad.

So if any newspaper, TV or radio programme wants to interview someone who can offer a moderate perspective from the Islamic community, you have a list of more than 100 to choose from. Knock yourselves out. Get your underpaid researcher to find their contact details. Surely one of them will be available for your time slot.

Do not instead trot out Anjem Choudary yet again. I am starting to think both Choudary and Nigel Farage have their own dressing rooms at the BBC.

Choudary's hateful views get a ridiculous, unbalanced level of airplay and he is a very effective radicaliser of young people, a fine recruiter for IS. This is because he is charismatic, articulate and smart. You may not agree with any of his awful opinions but he is not an idiot. He knows exactly what he is doing and he does it well. He makes extreme views sound reasonable to vulnerable minds. He remains calm, he smiles, he gives politician's answers to simple questions, he answers questions with more questions, he lets the interviewers become agitated. He appeals to disenfranchised young people who feel they have nothing to lose and, equally, he appeals to privileged young people seeking to rebel.

He exercises his right to free speech at public demonstrations all the time. If other Muslim leaders were allowed his level of exposure, we might have a sporting chance at a more balanced dialogue here. Anjem Choudary is a troll, a warped Islamic version of Ann Coulter. They are two sides of the same extremist coin and they are effectively silencing other voices.

And while this noise carries on, remember, we are still at war. This will be our reality for a long time yet. And if it comes with the soundtrack of Anjem Choudary's analysis, the end will really be nowhere in sight.