One state? Two states? ISIS? IS? What's going on in Syria? It's never simple in the Middle East... 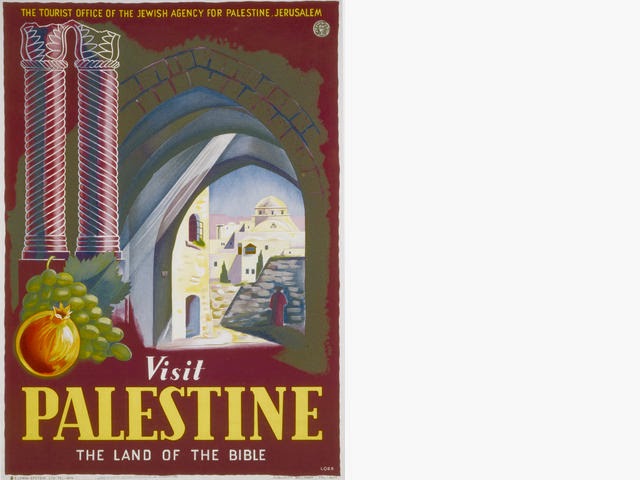 Another day, another broken ceasefire, another attempt to get Israeli and Palestinian leaders around the table, another round of futile arguments on social media... And so it goes on and on. It all reminds me of a Facebook argument that broke out on my Facebook page in about 2008 about Israel and Palestine which led to me defriending someone after he started out arguing eloquently for Israel but ended up throwing an ugly racist insult at another friend. Six years on, the same arguments are cropping up on social media and it seems just as pointlessly circular this time around.

But what is interesting is that I have observed with the 2014 round of social media debates is that many people from across the political spectrum are advocating a one-state solution rather than the well-worn "we support a two-state solution" rhetoric that politicians, safely away from the threat of either Israeli or Hamas rockets, like to trot out in a weedy attempt to look fair and balanced.

The obvious problem with a two-state solution is that no matter how borders are drawn, yet again, there will be angry, unhappy people, there will be more displaced people, there will be people left homeless and possibly stateless too. Any attempts to draw boundaries for two states will highlight that this conflict goes beyond religion because everyone will want their land to include the fertile parts, the pretty tourist draw cards, the bits with natural gas reserves and so on...

As the images of death and destruction from Gaza have become part of our living room furniture yet again, it is clear that the constant retaliation from both sides is not doing anything to get the Middle East anywhere near a lasting peace. The hatred is palpable and it not concentrated to the battered shred of land that is the Gaza strip.

Horrible outbreaks of anti-semitic and anti-Islamic sentiments, all of which reduce religions to stereotypes and ignore the diversity that exists within both faiths, are not helping anyone. So many ridiculous and awful things have happened that it is hard to know where to start with calling out the bullshit behaviour - Hamas hiding weapons in supposed places of safety, images of Israelis getting comfortable with a few brewksis to watch attacks on Gaza, George Galloway declaring Bradford an Israeli-free zone, Joan Rivers declaring that Palestinians deserve to die, the banning of a Jewish film festival in London, and the banning of an Edinburgh Fringe Festival show by an Israeli group that promotes Jewish-Arab co-existence, IDF soldiers leaving racist graffiti, urine and bowel movements in Palestinian homes... All these things are terrible and moronic and it just goes on and on and there doesn't appear to be any end in sight.

Today, we have a lack of enthusiasm for Egypt-mediated peace talks which, given they are about as neutral as Liberace's living room, is entirely understandable from all sides. But if a one-state solution emerges from this mess as a more realistic prospect, it is interesting to speculate on what this might look like. It'd be amazing if everyone around the negotiating table could even agree on a name for this new state, and even if they did, its citizens would probably refer to themselves as hyphenated nationalities, like Italian-Americans, but I digress. We are not even close to that level of nitty-gritty detail today.

Do we dare to dream of a secular state where everyone is free to practice their religion in safety, where churches, mosques and synagogues can exist in the same street without violence erupting, where atheists are allowed to get on with their lives without interference from any religion, where your sexuality is not a criminal offence, where tourists can visit and roam the whole country in total safety, where children are not raised to hate anyone, where my friends with Palestinian passports but have never set foot in Palestine can finally return home, where everyone has equal access to education and opportunity, where women can dress as they please, where there is no need to conscript young people in an army and imprison them if they conscientiously object?

But who should try and negotiate such a solution? For starters, probably not any of the nearby Arabian Gulf nations. The combined economic might of the Arabian Gulf nations could pay for a Palestinian Iron Dome and then some, but these states instead pay lip service to supporting Palestine and send aid such as blankets and medical supplies. The leaders of the UAE, as well as Saudi Arabia, choose their words very carefully when it comes to speaking out on behalf of Palestine. After all, there are alliances with the US that they do not want to jeopardise. And if their leaders were seen to be calling for a new secular state with democratic elections and freedom of religion, that would reignite the pro-democracy campaigners who stuck their heads over the parapet during the Arab Spring only to find themselves silenced or imprisoned or lashed. It has been suggested by many analysts that Qatar, among others in the region, supports Hamas (and the US sells billions of bucks worth of weaponry to Qatar so, once again, the moral high ground turns to quicksand...).

I could muse on who the hell can fix this this all day long but it would only be a matter of time before someone chimes in with: "OK, Gaza is a bad situation but what about ISIS?". ISIS, or IS as they are now being called in today's new bulletins, is completely appalling. Horrific. Beyond vile. A tragedy for Iraq and beyond. They are all about a ruthless land grab achieved through the mass killing of Muslims who don't strictly adhere to their narrow interpretation of a faith that has 72 sects, and of Christians, of children, babies, anyone who gets in their way, basically.

IS is such a revolting organisation that it doesn't actually matter that the stories of forced, mass FGM were never proven - their heinousness is such that there is no shortage of appetite for airstrikes to blast them off the face of the Earth. Of course, nobody is saying the the Kurds, who as I write this, have, with the help of the US, managed a victory over IS fighters in two Iraqi towns, have one of the biggest problems with FGM in the region. But nothing is ever simple, nothing is ever black and white in the Middle East. Equally, the situation in Syria has created unholy alliances as intervening nations try to decide what group is the least dreadful.

And while all this is going on, while my Twitter and Facebook feeds continue to fill up with more and more arguments that will never be seen by Benjamin Netanyahu, Khaled Mashal, Mousa Abu Marzouq, Mahmoud Abbas, Tzipi Livni, Moshe Ya'alon, Abu Bakr al-Baghdadi, Bashar al-Assad, Zahran Alloush, or anyone else who can actually do something about any of this crap, innocents continue to be killed, families separated, people displaced, and, hey presto, we have another refugee crisis on our hands.

Perhaps a one-state solution could honour the original spirit of the creation of the state of Israel and be a safe haven for refugees displaced by these latest Middle Eastern conflicts, regardless of religion. There is a long way to go before that idea is even remotely feasible but, as far as aims go, it sure beats the aim of obliteration in anyone's name.