Get angry about jailed journalists in Egypt - but look in your own backyard too... 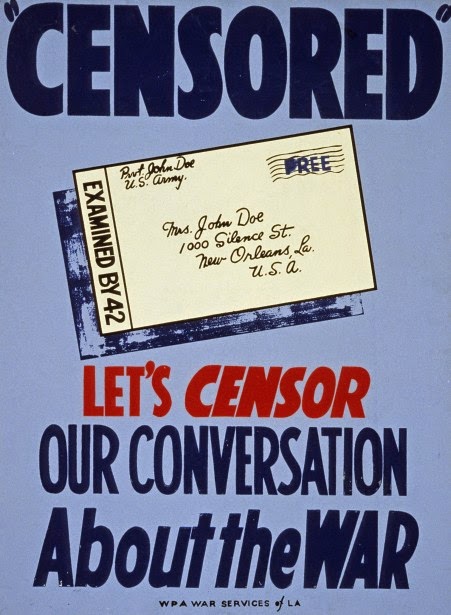 There is global anger at the jailing of journalists in Egypt. Three Al Jazeera journalists - an Australian, a Canadian and an Egyptian - have been sent down for seven years on absurd "terrorism" charges. Two British journalists and a Dutch journalist were tried in absentia and each sentenced to 10 years.

The whole case is completely appalling. In a world where news can break on Twitter, it is ridiculous that an Egyptian judge tries to silence journalists who are doing their job. And it is absolutely horrendous that the censorship is attempted via prison sentences.

But in the midst of the outrage, we should all stop to look at what is going on in our own backyards. On the weekend, thousands of people marched in London to protest the government's austerity measures. Regardless of your point of view on the current government's policies, a march of this magnitude is a news story. Of course, if the march descended into violence, if people were arrested, if anyone was kettled, if Boris Johnson could use it as justification for his stupid water cannons, if Nigel Farage spoke at the march, it would be guaranteed widespread media coverage. But a peaceful mass movement with numbers that have increased year on year? Tumbleweeds. It lurked on the fringes with a bit of Russell Brand-obsessed coverage in the Independent and Huffington Post. There was a wee bit in the largely unread Morning Star.

Oh, and a mere three sentences on the BBC news website for a protest that happened on their doorstep so it wasn't as if they would have even needed to pay for a reporter's cab fare. Not sure how those who keep banging on about "BBC lefty bias" will spin that one.

The Guardian did a slightly better job but, predictably, focused on Russell Brand for clickbait which led to a mea culpa piece to explain that the whole thing wasn't just about Katy Perry's ex-husband.

Yet today both the Guardian (which has confused media morals as it both covered much of the Leveson inquiry, apart from the few hours given to the portrayal of women in the media, and championed the ridiculous report) and the BBC news site have gone big with the Egyptian story today.

It is easy to wring one's hands about something happening in a foreign land far away.

Of course, the locking up of western journalists adds the much-needed proximity for media outlets in Canada, Britain, Australia and the Netherlands to ramp up the coverage. The Sydney Morning Herald has been diligently giving live updates. It's a shame Fairfax, the company that owns the SMH, has not been quite so diligent about preserving staff jobs or maintaining quality across the board. Murdoch's news.com.au is also leading with the Egypt story - that'd be the same stable of journalists that are so deeply in bed with Prime Minister Tony Abbott that they were photographed after the last election toasting his victory.

Like I said, we all need to look in our own backyards because even if our countries are not jailing journalists for doing their job, they're not necessarily being conducive to giving people the free press they deserve either. Just ask any Australian journalist who has tried to get a visa to visit the detention centre for asylum-seekers on Manus Island about jumping through ridiculous hoops.

And then there is the elephant in the room - these journalists work for Qatar-based Al Jazeera and it is pretty clear that this is politically motivated. I don't think President Sisi will be sending warm Ramadan greetings to the Emir of Qatar next month. Indeed, tensions between Al Jazeera, the Egyptian government and Al Jazeera journalists working in Egypt are not new. And while Al Jazeera is obviously and rightfully reporting this outrage loud and clear, their journalists based in Qatar need to be constantly on their guard when reporting on local issues. On top of all this, Al Jazeera has been censored in the US, an act which deserves a slow hand clap.

Then there has been outrage expressed over the jailed journalists by expats in the Middle East. But a quick look at the today's homepages for newspapers in Qatar's neighbours in the UAE, Kuwait, Saudi Arabia and Bahrain reveals that none of these countries, all of which have heavily state-controlled media, are keen to make a song and dance about Egypt shitting all over press freedom today. It might give people in those countries ideas and all four governments are terrified of any dissent. All four countries have imprisoned journalists and bloggers. In the UAE, when bloggers went on trial, the ban on freedom of assembly was conveniently ignored by the police when a group of stooges gathered outside the court house to show their support for the government.

As such, lead stories on news sites for these countries include such groundbreaking stuff as Ferrari World opening a new ride in a mall, Ramadan working hours announced for the UAE private sector and Bahrainis being urged to commit to national unity, Interestingly,  the most hard-hitting lead today is from the Kuwait Times, with a call for action over an anti-Shi'ite article in light of horrific events in Iraq but there is nothing on today's news out of Egypt. The Saudi Gazette, meanwhile, leads with a two-steps-forward-one-step-back story on gender equality with a ban on visas for male tailors who make women's clothing and an unintentionally ironic story about the second Saudi woman to qualify as a pilot - except she won't be able to drive herself to the airport... But nowt on Egypt imprisoning journalists.

Who has the cojones to call out these newspapers on their ongoing commitment to peddling a government-approved line?

A terrible, terrible thing has happened in Egypt today. But as well as demanding the immediate and unconditional release of the three Al Jazeera journalists, we all need to be vigilant about calling out the assorted bullfuckery that goes on in the media we consume on a daily basis.

Nobody's backyard is full of roses.

Image by Dawn Hudson.
Posted by Georgia Lewis at 09:23