Because I am well overdue to share with you another installment of World Of Stupid! 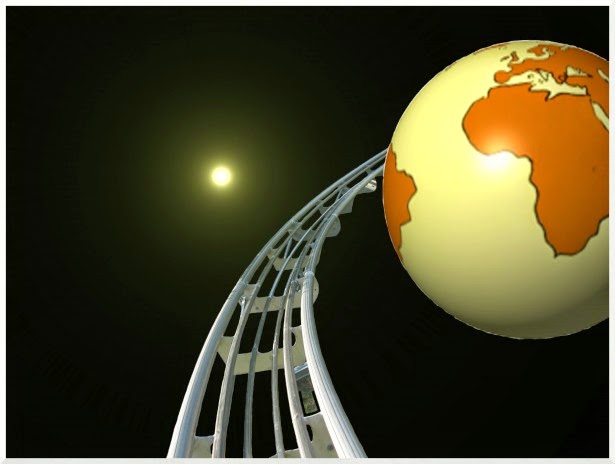 All manner of things have been setting off my Damn Fool Radar of late and my Zero Tolerance of Idiocy policy has again taken a hammering. Here is a selection of choice morsels of recent stupidity in no particular order.

1. "OH MY GOD! MICK JAGGER HAS A SEX LIFE!"
Seriously, everyone who is outraged at the recently bereaved Mick Jagger apparently finding a new girlfriend after the suicide of L'Wren Scott needs to get a grip. There is no statute of limitations on how long one must be celibate after the death of a partner. It is precisely nobody's business. Trust me, I know all too well that it can feel weird to have sex again after losing a partner, as if you're cheating on them, especially if you were perfectly happy when they died. There is no timetable for grief just as there is no timetable for scheduling in a convenient death but the two things that can outlive a lost partner are one's sex drive and desire to be loved.

2. BoJo offers to be cannon fodder
It was a stunt, pure and simple. A moronic distraction. Boris Johnson went ahead and bought secondhand water cannons from Germany, shitty, outdated water cannons that the Germans stopped using with one of the main reasons being safety concerns, such as poor visibility for the driver. It is easy to imagine bumbling Boris stumbling aimlessly around a used water cannon yard while a greasy-haired, shiny-suited salesman rubs his hands together in glee because another sucker has come through the door. And just to prove they are the law enforcement equivalent of being struck by a water pistol, Boris offered to be hosed by one of these beasts. He knew full well that (a) despite countless volunteers to either fire the water cannon or replace the water with their own urine, he was never going to be hosed and (b) it would prove a huge distraction to stop people talking about real issues such as policing by consent and why water cannons are ineffective.

3. Tony Blair: Middle East peace envoy
A farce and a joke. Except it's a sick, horrific joke that has killed countless people and will continue to do so. Nobody sane thinks Saddam Hussein was a lovely bloke. But more than 10 years ago, former Australian politician Carmen Lawrence got it right when she said that the scale of the original invasion was excessive for getting rid of just one man. Classic case of using a sledgehammer to crack a walnut on a deadly, expensive, tragically futile and violent scale.

4. A bloody mess in Spain
A group of Spanish performance artists, Sangre Menstrual, took the streets in apparently menstrual blood-stained jeans as part of their "Manifesto for the Visibility of the Period". They say they are tired of the shame that accompanies menstruation even in 2014. Except that in Spain, and indeed any developed country, the days of women being declared unclean and made to remove themselves from society during their periods isn't happening. Sure, some people, both men and women, might be grossed out by period blood, but plenty of us are also grossed out by other perfectly natural bodily fluids such as urine, excrement, vomit, bile and pus. It doesn't mean we want to walk the streets smeared in any of them.

Painful periods and heavy periods are real and they can be incredibly debilitating - it is important that if a woman is suffering like this, that she can access whatever healthcare she needs. If she needs time off work or school, that should also be acceptable. For women in the developed world, there are over-the-counter fixes for period pain, we can choose from tampons, menstrual cups, sea sponges and sanitary pads and most of us can attend to these needs hygienically and privately. To be able to menstruate and still get on with one's day thanks to all these things is wonderful. It levels the playing field between men and women. It means we do not have to be weakened by our periods.

Overall, a woman on her period in a developed country is not being oppressed. The girls and women who are being oppressed while menstruating are in places such as the Democratic Republic of Congo. ActionAid, a most excellent charity, is helping girls and women in such countries to access the menstrual accoutrements women in the developed world take for granted. They do not deserve to be insulted by a protest by women who fail to see how privileged they are. Click here to find out more about ActionAid's work in this field.

Photography by Petr Kocurek
Posted by Georgia Lewis at 09:46