And a second World Of Stupid for the week. Just because... 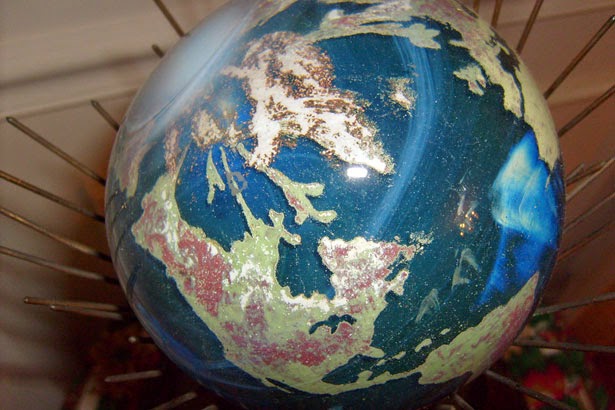 Hot on the heels of yesterday's World Of Stupid, which led to someone deeming me a worthy contender for Moron of the Year for daring to say women in developed countries probably aren't menstrually oppressed, I figured I'd wade back in for some more fun...

Here are a few more examples of idiocy that need to be exposed.

1. Cyclists versus motorists versus pedestrians...
I work near the dangerous Vauxhall gyratory. And the reason it is dangerous is because every day, I see multiple examples of stupidity. Three weeks ago, I walked past the tent that covered the body of the latest cycling fatality on my way to the office. There are people who blame cyclists, people who blame motorists and people who blame pedestrians. Frankly, after three years of crossing the road at the Vauxhall gyratory en route from the tube station to work, I have decided that the stupidity is evenly spread across all three groups. For every sensible cyclist/motorist/pedestrian there is inevitably a dickhead cyclist/motorist/pedestrian.

Since 2011, I have witnessed the following: Drivers who are incapable of working out how to get out of the way so ambulances can get past, a cyclist who called me a "fuckwit" for crossing the the road when the pedestrian light was green, cyclists running red lights, drivers who think the gyratory is Le Mans, drivers who almost mow down pedestrians by accidentally driving into the bit for buses, pedestrians who don't realise that the brief lull in traffic at the South Lambeth Street lights is always followed by a rush of cars driven at warp speed, an old woman nearly getting knocked over when crossing against the lights, a woman who stuck her pram-with-baby out into the traffic as some sort of test run to see if it was safe to cross (Hint: It wasn't) and today at lunchtime, a bloke walked into me while crossing the road because his face was buried in his phone.

Basically, if people are going to stop dying here or at any other London accident blackspot, everyone needs to use their brains.

2. Hand-wringing over homeless spikes
The spikes outside expensive blocks of flats and a Tesco, aimed at deterring the homeless from sleeping there, caused much outrage a few weeks ago. And fair enough - treating homeless people like pesky pigeons merely moves them elsewhere. But this is not new. Narrow seats in bus shelters that are really only comfortable if you have a Kate Moss bum, park benches divided into individual seats with hard, metal armrests, reduced access to public toilets... There are all manner of surreptitious ways that the government and private companies have tried to deter rough sleeping and it has been going on for years. But all this really tells us is that (a) we are no closer to finding any real solutions for homelessness and (b) while the spikes outside a Southwark block of flats and a Tesco have now been removed, it won't stop them popping up elsewhere. And then they will probably only be removed if a resident of an apartment building drunkenly trips up on them, lest a lawsuit be filed by someone who can actually afford a lawyer.

3. Labour's lurch to the right
Instead of offering a genuine alternative to Conservative policy, Labour seems intent on mimicking it with a pinch of pandering to UKIP thrown in for good measure. Seriously, how is today's announcement about cutting Jobseekers Allowance (JSA) for people aged 18-21 (because suddenly 18-year-olds don't seem to count as adults...) any better than the Coalition policy of cutting housing benefit for people under 25? And like any populist policy aimed at appeasing the Daily Mail while cynically hoping that young people won't bother to vote, it doesn't actually do a damn thing to create any more new jobs.

4. Forced marriage made illegal! Except it already is...
With much fanfare, it was announced this week that forced marriage is illegal in Britain. Hurrah! Yay, human rights! Er, except that it is already against the law to force someone to get married. It is already the case that both parties to a marriage must do so freely and give their consent. And there is a glaring loophole in the law that makes it fairly easy for forced marriage to be hidden in a veil of legitimacy. People aged 16 or 17 can get married with their parents' consent. It doesn't take Einstein to work out how this archaic law could be easily abused. It would make more sense for the legal age for marriage to be 18 across the board. (Even though you're not really an adult at 18 under Labour's JSA policy...).

The only real change is that parents who force their children to get married can now be jailed for up to seven years, which seems like a reasonable punishment for a terrible crime against one's own offspring. But will this, as the Home Office claims, make people more confident about coming forward to report such crimes? Will children report their own parents or aunts or uncles more readily if they know they will face jail? Hell, will this law even be properly policed or enforced? Such laws are notorious for a low rate of prosecutions. You've only got to look at the rates of prosecution for female genital mutilation in the UK (no prosecutions in almost 30 years despite more than 140 referrals with the first prosecutions only happening in March this year) to realise that all the laws in the world are fine and dandy but they need to be accompanied by education, awareness, safe places for people to go if they come forward to report such crimes and then fear for their safety, and wholesale, fearless cultural change.

Photography by Peter Griffin
Posted by Georgia Lewis at 09:58