The UAE, women's rights and the dangers of simplistic league tables 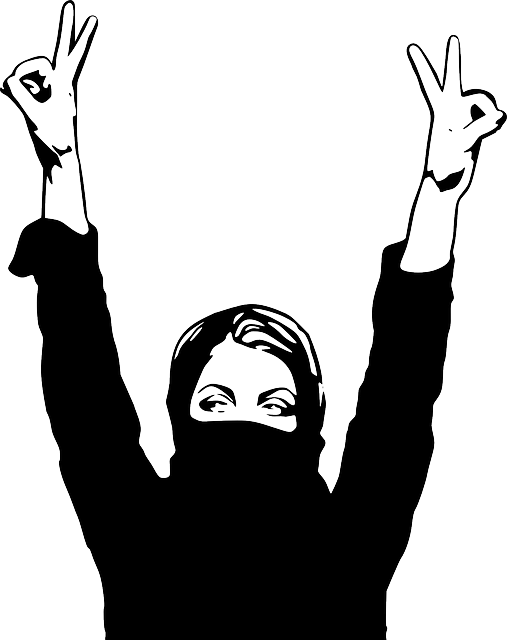 It was the kind of startling headline that came as no surprise to anyone working in the media in the UAE. Gulf News proudly trumpeted that in the Global Social Progress Index, produced by a team at Harvard Business School as part of a World Economic Forum initiative, "UAE ranks first in world for respecting women". Except that wasn't entirely true. Or at all true.

The UAE came 37th overall in this rather curious league table and first for respecting women's rights out of the countries of the Middle East. This means the UAE fended off fierce competition from such bastions of feminism as Afghanistan, Saudi Arabia and Yemen.

But it is easy for me to sit here in London, almost three-and-a-half years on from a five-year stint in the UAE and snark on the UAE's track record with women. Like most of these lists, the Global Social Progress Index makes for easy headlines, offers bragging rights for the nations who do well and is not particularly nuanced.

"Check your privilege" has become a cliche but it is one for which the UAE may have been invented. It is not as simple as "All men in the UAE have it much easier than all women." or "Everything is super-amazing for all women in the UAE.".

As a western expat woman who worked in well-paid jobs in Dubai and Abu Dhabi, my day-to-day life was more privileged than a man from India, Nepal, Bangladesh or Pakistan working for Dh500 a month on a construction site, living in awful dormitory-style accommodation unironically called a "labour camp" while being in debt to his employer for his visa, despite such arrangements being illegal under UAE law.

There was a horrible intersection of privilege one night in Dubai in December 2006 when, for the first and only time in my life, I was sexually assaulted. Thanks to a physically unfit attacker, judicious use of my right elbow and the smashing of my Burger King into his chest, I got away with a cat-like scratch on my decolletage and a ladder in my tights but it was not fun. Based on the circumstances of this event, I can ascertain that my attacker was probably a low income earner whose pitiful wage did not allow him, if he had a wife, to sponsor her residency visa. His probable enforced celibacy in no way excuses what he tried to do to me. It was his attempt to exercise power over me, as all sexual assaults are, regardless of the genders involved.

The UAE loves to promote its low rate of sexual assault but I suspect the rates are higher than the official police statistics indicate because of a culture of fear surrounding the reporting of such crimes. After all, where is the incentive to report a rape when, if it is disproved in a court of law, the victim risks being charged with adultery?

When I reported my attack, I encountered an amateur Perry Mason on the phone. He accused me of making it up, demanded to know why I was walking alone at night and asked me what I was wearing. It was only when I was fortunate enough to be put in touch with a very senior member of the Dubai police force, the well-educated and respectful Major Najeeb, that I was taken seriously. Of course by then it was too late to catch the attacker but I was glad that the awful incident was on the record as a reported sexual assault.

Then there was the horrendous case of being tried for adultery in the emirate of Fujairah after my boyfriend was killed in a swimming accident.

But on the flipside, I had plenty of positive experiences as a woman living in the UAE. It was here that I got a couple of amazing breaks as a motoring journalist and men's magazine editor that probably wouldn't have happened if I stayed in Australia. Despite premarital sex being illegal, it was startlingly easy to obtain cheap birth control. I made amazing friends among the local women because of a shared love of motor sport and fast cars. My work in the UAE offered me travel opportunities that would be impossible or expensive from Australia. And for many women, both local and expatriate, the UAE has offered them a great place to start businesses.

Unlike unmarried Emirati women, I could live alone without arousing suspicions of being a harlot, date whoever I liked without family interference, and, as long as I was discreet, lived with my now-husband for more than a year before we got married. The frustrations I encountered in everyday life, such as absurd bureaucracy, a pathetic postal service, expensive internet and cable TV, shops that don't ever seem to have enough change, incompetent signposting, media censorship and life-threateningly bad driving, were encountered by everyone, not just women.

And then there are the aspects of life in the UAE which seem sexist but can often work in favour of women. For example, I had no issue with being served in record time in banks, government departments and post offices because of the "ladies' queue". Waiting in line for any sort of bureaucracy to happen is a monumental waste of time. I was always delighted to not squander entire lunchbreaks in queues, would merrily sail past a line of despondent-looking men and then get on with my life.

Similarly, the system of working men sponsoring their wives on housewife visas wasn't necessarily a ticket to the 1950s. This worked well for many women who accompanied well-paid husbands to the UAE. With no income tax to worry about, a certain freedom could be had on your husband's visa allowing women to work part-time, to freelance without HMRC-related headaches, or to simply have a nice life. If my husband got a well-paid job in the UAE, I'd have no qualms about being on a housewife visa and working from home/in More Cafe as a freelance journalist. (This would involve the farcical situation of my husband having to authorise the paperwork for my UAE driving licence so I could freelance, inevitably as a motoring writer, but hey-ho...) However, with the Dubai government raising the salary for working men to sponsor their wives' visas from Dh4,000 a month to Dh10,000, this becomes a privilege based on wealth and will negatively affect many men and women.

But what about local women? There are plenty of positives for Emirati women, which makes the patriotism of my Emirati female friends entirely understandable. While the UAE is a long way from universal adult suffrage, 17% of government ministers are women. In the UK, just four of 32 ministers are women - a dismal 12.5%. Emirati women have educational and career opportunities like never before. Women outnumber men in UAE's universities and there will be an inevitable rise in their power and influence as a result. Emirati women, like Emirati men, benefit from free education and healthcare courtesy of a government that looks after its own.

But the evil spectre of female genital mutilation is present for some Emirati women. Like sexual assault in the UAE, it is hard to get accurate statistics. A survey of 200 Emiratis of both sexes found that 34% of the women surveyed had been cut. Of these, 40% said they would circumcise their daughters and, overall, 82% of female respondents and 99% of the male respondents opposed the practice. A survey of 200 people is not enormous but it gives a clue as to what might be happening to many Emirati women. Who is going to speak out on their behalf? I am guessing not a bunch of academics in the US putting together a glib index.

And, at the other end of the socio-economic spectrum, life for many of the women employed in domestic service in the UAE is no picnic either. While Emirati women and western expat women generally enjoy many privileges, the same cannot be said for many housemaids who generally hail from India, Pakistan, Bangladesh, Sri Lanka and the Phillippines. Reports of physical abuse, poor working conditions and massive curbs on freedom of movement for domestic staff are not uncommon. Indeed, sometimes the abuse is legitimised on forums such as Expat Woman, where it is not uncommon for discussions about denying maids time off, use of a mobile phone or healthcare to erupt among those who can afford to employ them.

This week, the horrific news broke that an Asian housemaid has been sentenced in an Abu Dhabi court to be stoned to death after falling pregnant to a man to whom she is not married. Details are, so far, scant - we have no information about the man involved. Was he a boyfriend? Was she raped by her employer? All we know is that she must be Muslim because under UAE law only Muslims can be sentenced to death. If there is enough international outrage over this case, her life may well be saved because of the Abu Dhabi government's very real fear of bad PR. But it is appalling that anyone can sentence a woman to be stoned to death in any country in 2014. In a perversion of the country's "prolife" stance (as in abortion is completely illegal...), the execution would not take place until after the baby is born but that's no victory for anyone.

My personal experience of life in the UAE was unique and in many ways, completely off the wall. Horrible things happened to me, happy things happened to me and, to this day, I get bouts of Middle East-homesickness. For every woman who is living the dream in the UAE, there is another who is suffering enormously. The satisfied Emirati career woman's life is a world away from the woman who was trafficked into the UAE to work as a prostitute. My struggles were different to those of the amazing Sri Lankan woman who cleaned my apartment and from those of the sad-eyed men who work for a pittance on construction sites.

But as a pregnant housemaid faces the prospect of being stoned to death in Abu Dhabi, I really hope that as well as an international outcry, women from all backgrounds in the UAE speak out on her behalf. As it stands, this shameful situation makes a mockery of claims to gender equality that a government-owned newspaper is making in the UAE based on an index created miles away in the ivory towers of Harvard University.