Is Mind The Gap: London vs The Rest the lamest thing on TV this week? 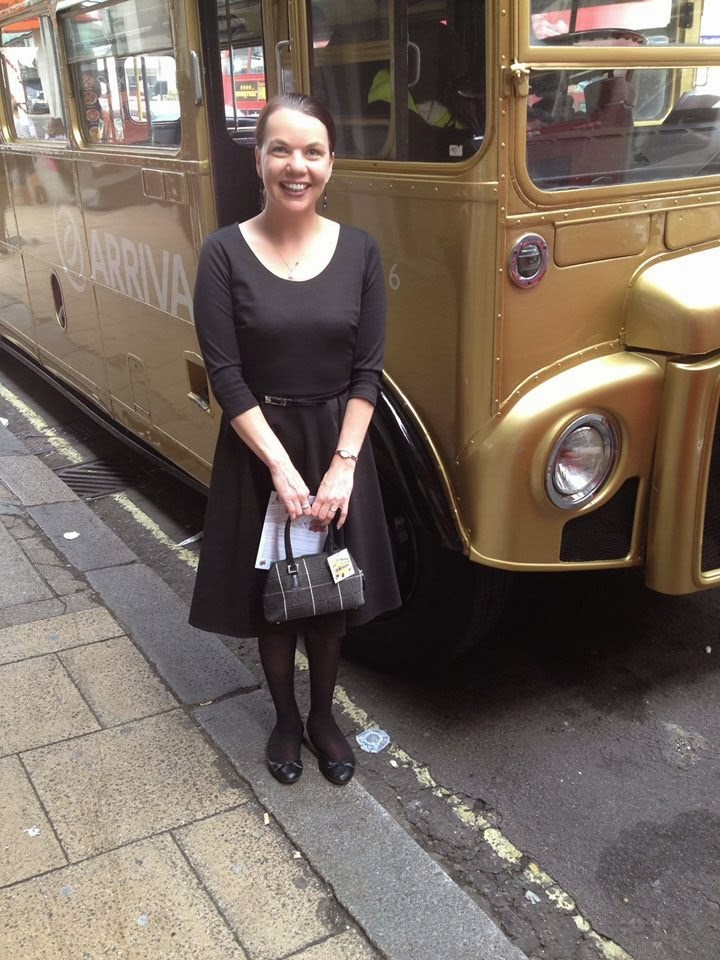 Look at me, there I am, loving London...

First, a disclaimer: I bloody love London. I have loved London since I first lived in the UK as a three-year-old, I loved it when I made return visits and I love living here now. I love the noise, the chaos, the people-watching, the museums and galleries, and I even love the weather. But Britain does not and should not begin and end with one city. I, for one, would happily work in another part of the country. Indeed, I almost ended up as a lecturer at Sunderland University.

While London's economy goes from strength to strength, the rest of the country is lagging behind, aside from a few notable pockets of affluence outside the capital. The effects of the decline of manufacturing and industry in the north continue to be felt until this day and politicians with clear, meaningful policies and ideas on how to develop the regions are sadly lacking. In Germany, for example, the economy is not just Berlin - places such as Munich, Stuttgart, Bonn, Hamburg, Hanover, Leipzig, Cologne, Dusseldorf, Dortmund and Bremen are all doing well in a way that many cities outside of London are not.

So with that in mind, Mind The Gap: London vs The Rest should have been a powerful two-part TV series, a challenge to government, to businesses and indeed to the millions of us who cling stubbornly to London to think about the rest of the country, to be aware that Britain does not end with the M25.

The first episode was completely lame. A fawning blow job to the capital. Evan Davis, an economist, proved to be an interviewer who was about as hard-hitting as a knitted hammer. Even when he did express concerns about the implications of London getting too big and succeeding at the expense of the rest of the country, his attitude seemed to be one of "Oh well, it might be a bit crap elsewhere but it'll be fine because London just can't fail!". Up to a point, Davis is right. London probably is too big to fail. But that should not have stopped him from challenging the status quo. He had ample opportunity to do so in a series of interviews but he just didn't manage this.

Unsurprisingly, his interview in the Shard with Boris Johnson was especially embarrassing. BoJo's dubious charms worked their floppy haired magic on Davis. Only a starstruck interviewer would let the Mayor of London get away with explaining why everything will be all right with a nonsensical jam-on-Ryvita analogy. Boris bumbled his way through an explanation that was along the lines of "London isn't sucking the jam (as a metaphor for money) out of the rest of Britain, London is helping the jam spread across the entire Ryvita (as a metaphor for the rest of Britain) because the jam will spread more evenly the more you pile on." It seems to be a food-based corruption of the theory of trickle-down economics and it went unchallenged by Davis.

Davis also had golden opportunities to ask serious questions about foreign investment and how much it actually benefits London and, in turn, the rest of the country, how much it benefits foreign investors (who, let's be honest, don't invest here for the good of their health...) and why we're not getting the same investment within Britain by British companies. At London Gateway port, you could not miss the DP World signs. There was even one on Davis' high-vis vest. There was talk about how this project creates jobs and maintains London's status as a port city, but no questions about the ethics of a partnership with a Dubai Government-owned company, what Dubai gets out of this, and whether taxes are being paid to HMRC. But Davis got to load a container with a big Chinese crane so that's OK then.

Similarly, when Davis interviewed Tan Sri Liew Kee Sin, CEO of SP Setia Berhard, the Malaysian consortium that is developing the prime Battersea Power Station site, they had a giggle when he was asked if he was interested in building housing in other parts of Britain. He wasn't asked why he didn't want to invest in, say, Manchester, a place with a growing media industry and education sector, an international airport, good transport to other parts of Britain and a thriving cultural scene. Surely that would be an opportunity to not only create jobs outside of London but be ahead of other foreign property investors in spotting a new up-and-comer?

And then there was his depressing schlep through Elephant and Castle's currently deserted Heygate Estate, where people who owned ex-council properties were forced out with not enough money to buy somewhere comparable, and where a redevelopment probably won't do a damn thing to solve London's housing crisis. His interview with a woman from the local authority was, again, weak and came across like an advertisement for the development. There'll be places for kids to play and cafes and stuff. No talk of how many more people this will bring into an already crammed part of London, no talk of things like the schools and hospitals that will be required, and no talk of why London's property market is so completely obsessed by the crowded and expensive inner city areas Zones One and Two. Three-bed flats at the Heygate redevelopment are now being advertised to overseas buyers before the demolition of the old estate is finished. The price? £700,000. It's another Battersea Power Station. There had to be a better way to improve this part of London but we'll never know.

I can relate to the "If you're tired of London, you're tired of life" adage. But even if you are not a homelessness or unemployment statistic, if you are on an endless waiting list for a council flat, if you cannot see yourself ever owning your own place, if you fear you will be an eternal renter in the land where mortgages are a badge of honour and people treat home ownership as a get-rich-quick-scheme rather than somewhere to live, it can be a tiresome city indeed. The first episode of Mind The Gap briefly visited Yorkshire for some fresh air and talked a bit about the Tour de France. It would appear that the second episode will focus on areas outside of London. But the first episode was a massive disappointment. There were so many missed opportunities to ask hard questions and do a bit of analysis beyond the whizzy map graphics.

Episode One was a largely uncritical advert for London. Here's hoping for something meatier in the second episode. Christ knows, someone needs to make the issue of regional development sexy and interesting to the wider population because right now, our political leaders sure as hell can't manage it.
Posted by Georgia Lewis at 13:54