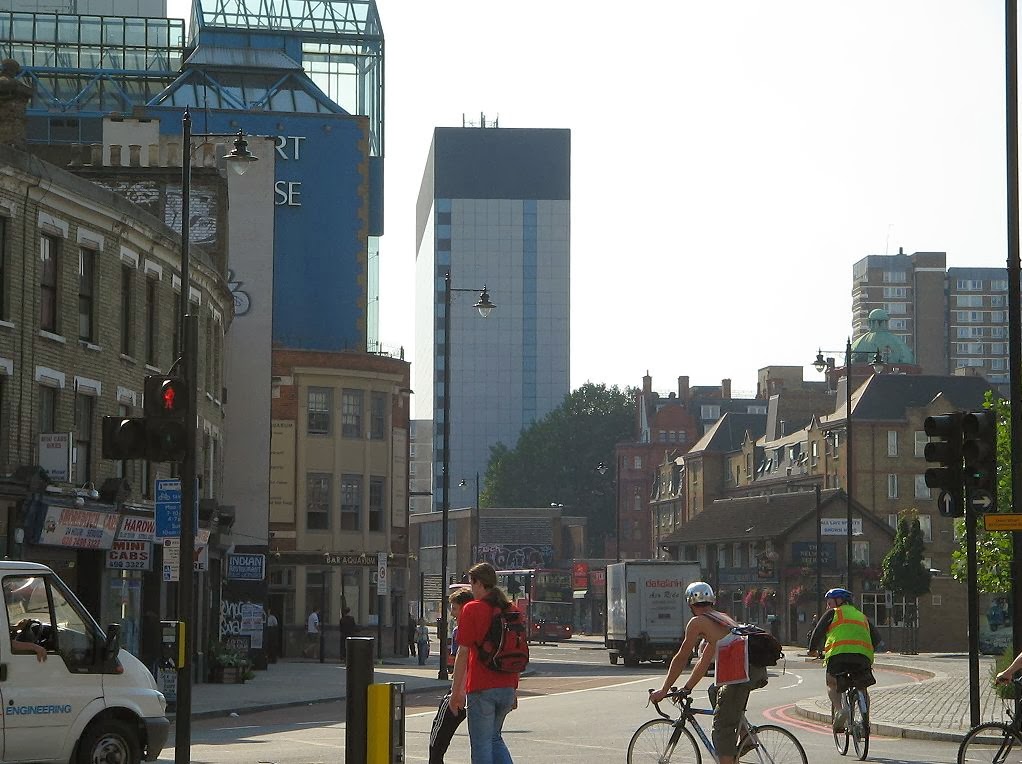 After last week's disappointingly thin first episode of Mind The Gap: London vs The Rest, I naively had high hopes for the second episode. Maybe there'd be more analysis, less kissing of Boris Johnson's arse and perhaps some interesting ideas about how the British economy does not need to rely quite so heavily on the capital. Hell, was I wrong!

Instead, we got to see Evan Davis (and more of Evan Davis than I really needed to see in tight lycra shorts) as he messed about on a bike at a velodrome in Manchester, we had the word "agglomeration" beaten into our heads until we lapsed into a collective coma, there were a couple of women whining in the street where Ringo Starr used to live, and we had the example of one cute village as a model for anywhere north of Watford.

Certainly, it is good that Manchester is managing to thrive with a vibrant cultural scene, drawcard facilities such as the training centre for cyclists and a hub for media businesses (that'd be the agglomeration Davis is unquestioningly evangelical about). But Davis seemed to then reduce the rest of "the north" into a homogenous blur that was never going to compete with the might of London.

Bizarrely, Davis mourned the demise of ports in the north of England, blaming the rise and rise of air travel. It is indeed true that most of us jump on a plane rather than sail for months when we take a holiday or travel for work. But in the previous episode, he gleefully skipped around the enormous new DP World port in London without challenging anything in relation to its Dubai Government ownership and generally proclaimed it as a good thing. So there is still a need for ports. There are still plenty of things that need to be transported to and from Britain by ship. And many cities of the north used to have busy ports and the related infrastructure so why was that not continuously developed and updated? Britain is not a big place - it is not an impossible transport challenge to get goods from, say, Liverpool to London any more than it is to get goods from London to Liverpool.

Liverpool was reduced by Davis to the street where Ringo Starr lived until the age of four. The street is a depressing row of terraced houses, mostly abandoned, save for Ringo's old house where Beatles fans inexplicably go to write on the boarded-up window and a few residents who'd like the street demolished to make way for new houses. It was unclear from (yet another) lame interview whether the pro-demolition women owned the houses or not or who was meant to pay for the demolition and rebuilding.

Ironically, disused places such as this row of terraces could be used for agglomeration, which seems to be Davis's favourite thing. He waxed lyrical about London's Old Street, where IT/wannabe Silicone Valley types are prone to hanging out together, setting up IT start-ups and the like. Why not encourage businesses to get the hell out of London and set up shop elsewhere if there is no real need for them to operate specifically from the capital? Tax breaks for businesses that decentralise, perhaps? Hell, it is the very technology the agglomerating Old Streeters are so fond of that makes it easy for businesses to get out of Dodge City and still communicate with the rest of the world.

Then there was a pointless segue to a funky but failed arts centre in Bromwich. All that did was disprove the adage "If you build it, they will come." Sometimes you've got to build something people actually want to use. Crazy, I know...

And then Hebden Bridge, the charming little town favoured by well-heeled professionals who work in cities like Leeds and Manchester but would rather live elsewhere, was put forward as an example of how it could be. Davis said that while places like Leeds and Manchester are hubs, somewhere like Hebden Bridge is a spoke, a desirable place to live with a buzzing economy of quaint small businesses all of its own. Which is fine if you can afford the property as well as the season ticket for the train, but it's not the panacea for the north.

Davis completely ignored the north-east and the potential of places such as Newcastle and Durham, and Scotland didn't really rate a mention. Examination of what an independent Scotland would mean for the rest of the British economy was clearly not in the remit for this one, which is a shame because that would have been a chance for some interesting analysis. Equally, there was no discussion of how to revive manufacturing, how to finally reverse the damage done by inevitable but poorly managed coal mine closures, and no mention of the importance of high education standards in creating strong economies.

But none of that would be as fun as pissing about in a velodrome or having a chuckle with Boris Johnson. In short, Mind The Gap was a massive let-down.
Posted by Georgia Lewis at 11:15