An open letter to Fred Nile 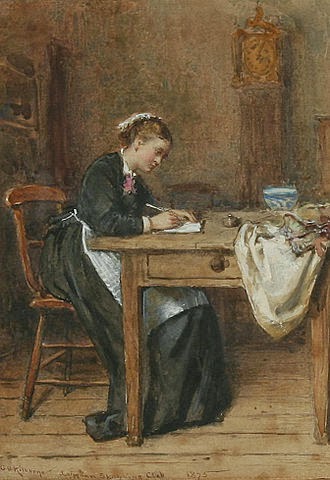 Congratulations on your marriage last December. I'm sure you had a lovely wedding day and, as someone who is also happily married, we can both agree that finding someone you love to share your life is a wonderful thing. It's just a shame that in your perfect world, you would not extend the right to such joy to same-sex couples.

Whoops! Sorry! That was a bit crass of me, wasn't it? Did see what I so thoughtlessly did there? I used the example of your personal life to make a political point. I've never actually met you, save for the time I was on Sydney's Oxford Street with my family watching the Gay and Lesbian Mardi Gras back in 1992 and across the road, I spotted you and a few supporters trying to pray the gay away, but I figured I'd still use your personal situation to share my views on marriage equality.

It's as rude as, oh, I dunno, using the suicide of Charlotte Dawson to hammer out an anti-abortion message, as you did, Fred. Perhaps obituary writers did not feel the need to mention the abortion she had in 1999 because she had already shared this story in her autobiography, or because her privacy had already been stripped away, partly by herself and partly by the media, or because of editorial word limits, or because, maybe, just maybe, the writers figured that an obituary might be a distasteful place to mention pregnancy termination.

Oh dear, sorry, I got distracted again. I was writing to congratulate you on your marriage. Er, where was I? Oh yes, that's right, it is indeed marvellous to fall in love and share your life with someone. It is such a shame that you didn't have the full support of your family on your wedding day. From what I've read in assorted newspapers and gossip columns, I understand that your daughter and one of your three sons didn't attend your wedding. Something to do with them not being comfortable with you remarrying so soon after Elaine, your first wife, passed away? Is that correct? How awful for you. I can't imagine my own wedding day without my family being there.

Whoops! There I go again! I don't know what has come over me today. What was I thinking in bringing up details of your family dramas when I've never met you or your family, I wasn't invited to your wedding, I am not privy to what goes on behind closed doors in your family, and I do not have access to all the facts.

That's bit like pulling out a quote about an abortion from a recently dead woman's autobiography and posting it on your Facebook page with a comment about the lack of abortion mentions in her obituaries the day after she was found dead in her apartment. The quote from her autobiography - "I felt a shift, I felt the early tinges of what I can now identify as my first experience with depression" - do indeed refer to the "total turmoil" she felt on the day she had an abortion after falling pregnant to her ex-husband, Scott Miller.

From her account, it would appear that she felt pressured into terminating the pregnancy at the behest of her ex-husband. But you didn't feel the need to think about this side of the story before posting on Facebook, did you, Fred?

The circumstances surrounding her abortion include a failing and troubled relationship that was being played out in the public eye. Charlotte's writings on the subject do not paint Scott in a flattering light. And nobody who is truly prochoice is OK about any abortion that happens in an environment of coercion. Prochoice is about supporting all choices women make, giving them the information to make educated choices, and the resources to ensure that all choices are available to them, including carrying unplanned pregnancies to term.

Here's the thing, Fred: Just as I have no real clue about the details of your family life, your wedding day, or your relationship with your sons and daughter, you have no real idea about what Charlotte was going through 15 years ago - or last week. Equally, neither you or I have a time machine that we could set to 1999 and change the course of Charlotte's life so that she chose to carry the pregnancy to term. We will never know what sort of a mother she might have been, whether having a baby would have saved her, how she might have coped with pregnancy and childbirth, whether she would have been felled by the horrors of post-natal depression, whether her marriage would have survived, or whether she would have gone on to be a successful and happy single mother. These scenarios are all in the realm of the ghoulishly hypothetical.

Given that nothing anyone can say or do can bring Charlotte back, given that her friends and family are going through the terrible process of grieving for a woman who felt so desperate that, despite her many advantages, she took her own life at the age of 47, and given that depression is a complex condition that cannot be summarised in a Facebook post, it is appalling that you'd give a troubled woman one last agenda-loaded kick when she was as low as any person can possibly be.

Like I said, Fred, congratulations on your marriage. May you and your new wife have many happy years together. May you recognise that such joy isn't as forthcoming to everyone. And next time you feel the need to make a point about abortion, consider whether using the early death of a woman who was in enormous pain really is the best way to push that particular barrow.

Georgia
Posted by Georgia Lewis at 07:15