Journalists working for free: It's just not cricket or capitalism 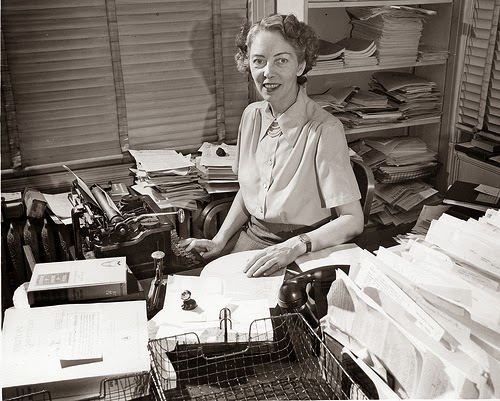 Journalism is a job. Just like any other job, real work is done. It can be tiring, the hours can be anti-social, countless studies have shown us up to be terrible at marriage and a bit too good at alcohol consumption, but the rewards can be priceless. Well, almost priceless. Just because many journalists genuinely love their job, it does not mean they should do it for nothing. Like anyone else, journalists have to eat, they have bills to pay, they cannot get by on bylines alone.

But it is a profession where many are expected to work for free. Especially freelance journalists. There is barely a freelancer alive who hasn't been told that the work will be "good for your portfolio" or "it will be good exposure" or "we're not paying anyone because the company hasn't yet broken even". And so on and so forth.

And some companies aren't even that honest. It is a rare freelancer that has been paid for every single piece of work they have produced or, at the very least, hasn't had to embark on a frustrating wild goose chase with editors and accounts staff to ensure money they are legally entitled to ends up in their frequently depleted bank accounts. I know someone who once staged a sit-in at the accounts department of a well-known newspaper. He was only handed a cheque when he lit up a cigarette indoors and refused to put it out. Journalists should not have to resort to being a fire hazard to get paid.

Nor should journalists have to resort to embarrassing people on social media or calling in lawyers because monies owing have not been paid. A high end magazine that I am currently not naming for legal reasons is one such case in point. It was launched in Asia with four issues produced, leaving in its wake a bunch of unpaid freelance journalists and subscribers who never received a single copy. The publisher is now trying his luck in the competitive British market.

I've seen the high quality launch party invitations. I can only assume that these weren't free, that someone paid the printing costs. And, given it's a magazine launch, booze will most likely flow freely and the canapes will most likely be Hoovered up. I can only assume that caterers will be paid for their services. So why haven't journalists who were commissioned to work for the Asian edition been paid?

Well, the plot thickens. I decided to defend the unpaid writers on social media and by the end of today, I'd received a message from the publisher promising that the writers will be paid in two weeks. He has not explained why they were not paid in a timely manner. He has also promised to me that subscribers who have not received copies of the Asian edition will receive six issues free of charge. I will keep everyone posted on whether everyone is paid in full within the next two weeks.

I wish the publisher well in his British endeavours, if only because I value a free press operating in a free market economy, and I value diversity in the media. Without that sort of press freedom, we have North Korea. I value the BBC, I value not-for-profit media outlets such as Channel 4 but I also value the outlets that operate in the free market. The more publications the market can support, the more work there is for journalists and this means there are more ways for people to get their information on everything from sports cars to Syria.

And this means that media outlets have to value the skills of journalists, to pay them properly so that quality products are created, products that people will want to consume, products that advertisers can work with, confident that it is credible, that print run and circulation figures are not being massaged, products that paid-up subscribers will receive in a timely manner without publishers having to give away freebies to save face. This is not just good for the media, it is smart business sense. And part of this is ensuring the people that do the work are paid. Nobody should have to do their jobs as a labour of love. When people are not paid, that is when there is a greater reliance on the welfare state. Why would any capitalist support that? Yet, sadly, it appears, so many do. There are plenty of media businesses constantly advertising for unpaid interns, unpaid full time staff or not paying in a timely manner, or simply not paying at all. It has to stop.

Photograph of Jane Stafford, scientist and medical writer, from the Smithsonian Institute.
Posted by Georgia Lewis at 12:01