A fine day for a London tube strike 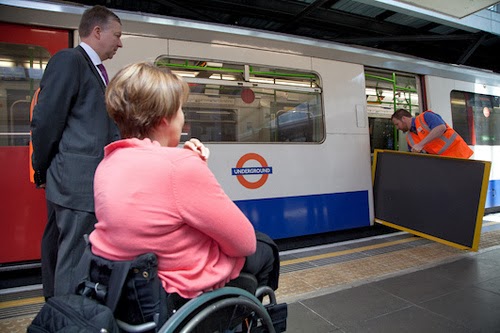 The media coverage of today's London tube strike has been predictably awful and light on facts. This morning, Eamonn Holmes had his best furrowed-brow-of-deep-concern on as Sky News showed allegedly "shocking" images of people queued outside tube stations seemingly baffled about a strike for which we have had plenty of notice and thus plenty of time to sort out alternative arrangements. The whining on Twitter has gone predictably nuclear and there are so many red herrings flying about, it is no wonder people don't seem to understand what the strike is actually about. So here are some helpful points.

2. It is a strike about the plan to close all ticket offices on the London Underground and the loss of 953 jobs, which TFL plans to manage as a programme of voluntary redundancies.

3. Yes, more than 400 TFL staff have applied to take voluntary redundancies. Good for them. That doesn't change the fact that there will be less staff and no ticket offices.

4. The claim that everything will be OK because staff will be redeployed to platforms and thus the tube will be safer is laughable. Firstly, as Boris Johnson likes to remind us, crime is down on the London Underground. This is great news but taking staff away from the ticket hall level of tube stations will not improve passenger safety. Incidents sometimes happen in London tube stations at the ticket hall level. Most nights after work, I walk to Oval tube station and it is because it is a well-lit, staffed station that I feel safe. The Oval station staff are friendly, helpful and busy.

5.  If a staff member is dealing with an incident on a platform and then something happens at the ticket hall level that also requires the attention of a staff member, that person cannot be in two places at once. Or the staff member on the platform may be blissfully unaware of an incident in the ticket hall and not do anything to help. Especially late at night when many tube stations are much quieter than at rush hour, this is not a prospect that any passenger should feel comfortable about.

6. Last night, it was announced that a tube station was temporarily unable to offer wheelchair access because of staff shortages. This means that nobody would have been on hand to assist with placing a ramp to ensure any passengers in wheelchairs could safely get off the train. Why would anyone be OK with staff cuts that would make it harder for people in wheelchairs to get around London (not to mention the elderly, parents with buggies, anyone who has to take heavy luggage on the tube...)? Again, see point five about station staff not being able to be in two places at once...

8. Ticket hall staff provide a great service for tourists to London, whether from abroad or from other parts of the UK. The ticket machines may be straightforward enough for most people but there are plenty of times when a confused visitor needs some friendly advice on getting around this fine city. It's all well and good for smug Londoners who have memorised the entire tube map to crap on about how they never need to speak to a member of TFL staff. I urge these people to visit any tube station near any major London tourist attraction or any interchange station and observe TFL staff helping visitors. This is good for London's reputation as a tourist destination.

9. Staff-free ticket halls are a magnet for fare evasion (much like the daft hot-in-summer-cold-in-winter buses Boris Johnson has spent £350,000 each on...). What is a major contributing factor in fares going up? Oh yes, that's right. Fare evasion.

10. Boris has said that because of the 40% RMT member turnout and 49% TSSA member turnout for the strike ballot, it is invalid. Rather like the mere 38% voter turnout at the last mayoral election, eh, BoJo?

12. Yes, Bob Crow is on a salary of £145,000 a year. Again, so what? Unions often pay people well, which means they are not hypocrites when it comes to making demands for higher salaries for their members. If you are not a RMT member, you are not paying Bob Crow's salary so why whine about it? But if you are a British taxpayer, you are helping pay the £1 million salary of new RBS CEO Ross McEwan. And if you shop at Tesco or you're a British taxpayer, you have been making your contribution to Tesco CEO Philip Clark's £6.9 million salary. (For what it's worth, if I was Bob Crow, I'd move out of the council house, but that's a moot point.).

13. My nearest tube station is at the end of a line. The staff at the ticket hall level are kept very busy with confused passengers who have fallen asleep, especially late at night, and need advice on how to get home. If you don't spend much time at the end of a tube line, you'd be surprised how often this happens (and yes, sometimes it is drunk people, sometimes it is just the tired and overworked.) If someone has missed the last train heading in the opposite direction and they are unfamiliar with the area's night buses, some advice from a friendly human is usually warmly welcomed. Baffled tourists have also washed up at my local tube station and need help to find their intended destination.

14. The chaos on many platforms today, frankly, isn't much different to the daily chaos at plenty of busy tube stations when there is no strike on. Am getting flashbacks to the time I had to wait for seven trains at Stockwell in rush hour before I could get on board (and I don't even take up much room). London is always a busy city. A lot of the whining today is pitiful. Some people are carrying on as if it's the Blitz. And some people have reported problems on their journey today not because of the strike but merely because of fellow passengers being idiots. This is usually the case on any given day travelling on the tube. Today is not the apocalypse. Harden up, people.

15. The 7/7 terror attacks were a vile, awful, inexcusable event. It was a murderous assault on the transport network we take for granted. But Londoners kept on going, most people refused to be scared off using the tube and it remains a busy, popular service that does an amazing job of moving millions of people every day through the capital. Among the heroes of 7/7 were TFL staff who worked with emergency services and ordinary Londoners in the face of an unthinkably despicable event and played an important part in getting London moving again. No good person ever wants 7/7 to happen again but what is inevitable is that on a network of the scale of the London Underground, sometimes things go badly wrong. Life can be unpredictable. And when unpredictable things happen on the tube, TFL staff are the first people everyone turns to for help and information. With 953 front-line staff gone, this will be compromised.

16. Sometimes a little human interaction beats the hell out of being ruled by machine overlords.