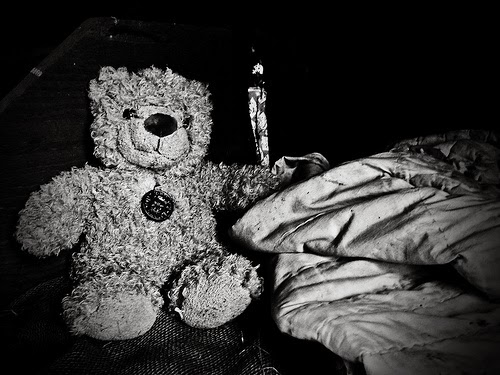 The reaction to the horrific death of Mikaeel Kular has been as predictable as it has been idiotic. As soon as his mother, Rosdeep Kular, was detained by police, before she was charged with murder, the online world erupted with pitchfork-waving calls for her execution. Twitter was, as ever, mindlessly playing judge and jury, with armchair detectives figuring it all out and demanding a return to capital punishment.

Obvious barbarism aside, capital punishment presents the risk of innocent people being executed, it is not effective as a deterrent and, on a brutally cold and practical level, if you believe in due process, it fails dismally as a cost-effective means of administering justice.

But when you are a kneejerking keyboard warrior, pesky little things like due process struggle to enter your mind. There is nothing weird or wrong about reacting with horror or disgust at the thought of a mother killing her own child. The very notion goes against our ideals of maternal love and humanity.

We expect mothers to love their children unconditionally and when a mother falls short of this ideal, everyone's a critic. Hell, a mother doesn't have to kill her child to be on the receiving end of an angry mob, whether it's Kate Winslet's parenting skills being publicly slagged off by Fathers4Justice or an obviously pregnant woman trying to enjoy a solitary glass of wine without some busybody turning up.

And here's the thing. We don't actually know yet if Rosdeep Kular killed her three-year-old son. The concepts of the presumption of innocence and the right to a defence are fundamental to the British justice system. The case has not yet been heard in a court of law but this does not stop people from piecing together their own version of events based on such snippets as Mikaeel's prolonged absence from nursery, the number of children Rosdeep Kular has, the number of men who fathered her children, and a particularly moronic collection of news reports about her "party lifestyle" based on photos pulled from her Facebook profile. None of these snippets, either individually or collectively, prove guilt.

You might have already condemned Rosdeep Kular but before you start tweeting about the joys of nooses or firing squads, it would behoove you to remember that anyone can be falsely accused of a crime. It could happen to you one day. It happened to a friend of mine. Unless you have lived a saintly existence, there are probably aspects of your life that could end up being unfairly and publicly scrutinised if you find yourself in the news because of a murder charge. I trust you would like a fair trial.

And speaking of fairness, there is not much that is fair about dragging kids out to ghoulish shrines of teddy bears and flowers in the wake of the appalling murder of a child. What are parents hoping to achieve by dumping stuff in a pile in honour of a child taken too soon? Would it not be better to honour the child's memory by donating the teddy bear to a kids' hospital rather than letting it get damp and rotten in the rain?

It is a weird ritual that seems to have grown in popularity since the death of Princess Diana. Are there actually any children who ask their parents if they can go visit such a shrine? And if not, how are parents explaining this morbid family outing to their kids? There is nothing wrong with kids knowing about death but dragging them out to a public shrine, whether they want to or not, seems unnecessary, mawkish and possibly a bit cruel if a child is particularly sensitive.

Kids find out about death sooner or later and, because kids are kids, they are curious and they will probably ask questions. Whether it is the passing of a person or a pet, the death talk is an inevitable part of growing up. I remember one of my first proper conversations about death taking place when I was about six and a much-loved teacher died young of breast cancer. I cried, I was upset, it didn't seem right that someone could die before they were old, but Mum talked to me about it and I learned from that conversation. Mikaeel's classmates are three years old. Three. How many of these children are properly toilet-trained, let alone able to fully register the enormous horror of what has happened? Why should they? They are three years old, for goodness sake.

Photography by noturordinaryconsort
Posted by Georgia Lewis at 10:20